Union boss who is bringing misery to 450,000 BA passengers is going on holiday

Union boss who is bringing misery to 450,000 BA passengers is pictured heading off on the HOLIDAY of a lifetime

By James Salmon For Daily Mail

He was certainly dressed the part – loose shirt, sleeves rolled up, trainers – but Brian Strutton didn’t look as relaxed as might be expected as he wheeled his suitcase off for the holiday of a lifetime.

Perhaps it is little wonder the general secretary of the pilots’ union Balpa appeared somewhat sheepish – just hours earlier he had announced strikes that could ruin the travel plans of around 450,000 BA passengers.

Last night Tory MP Julian Knight branded the £141,000-a-year union boss a ‘hypocrite’ and said the images of him arriving at Bournemouth airport on Saturday would be a ‘slap in the face’ for passengers.

Tory MP Julie Knight branded the £141,000 per year union boss, Brian Strutton (pictured above left) a ‘hypocrite’ after these images of him arriving for a flight at Bournemouth airport surfaced. The pilot’s union chief just announced strikes which could affect 450,000 British Airways passengers

Mr Stutton was flying off to Palma, Majorca, and is thought to be enjoying a seven-night Mediterranean cruise – costing around £1,000 a person – with his wife and two sons.

Asked why he should enjoy a holiday while threatening the breaks of so many, he told The Sun: ‘Hmm, well we are trying not to affect other people’s holidays of course.’

This could trigger the cancellation of around 850 BA flights on each of the three strike dates. There will also be knock-on disruption on days before and after the action. The strike has caused widespread alarm among passengers, with many cancelling and booking flights with other airlines. 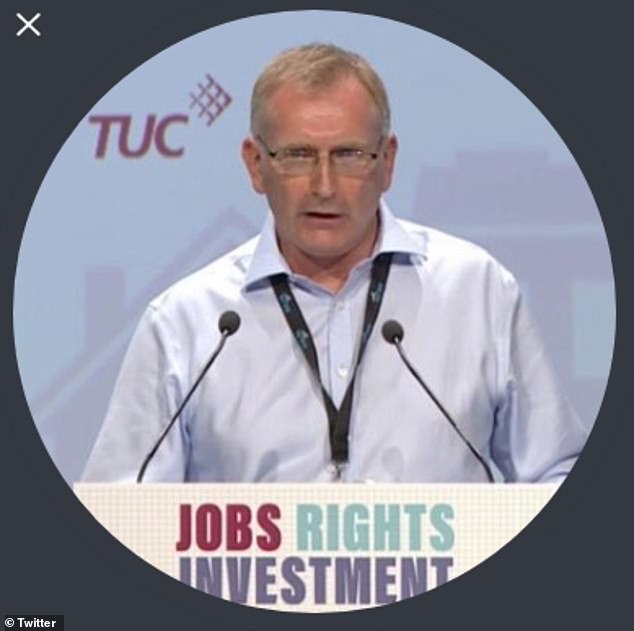 Due to the pilot strikes set for 9, 10 and 27 September, BA has received 60,000 calls and 52,000 tweets from passengers seeking help. Pilots have decided not to accept an 11.5 per cent pay rise over three years a bonus of 1 per cent of this year’s salary

BA said last night it had received 60,000 calls and 52,000 tweets from passengers seeking help. Pilots working for the airline have rejected an 11.5 per cent pay rise over three years plus a bonus worth 1 per cent of this year’s salary.

Mr Strutton said: ‘I met BA on Thursday and they said they would not offer any more than the pilots have already massively rejected. Therefore we had little choice but to issue strike dates.’ He added that the union ‘will be there’ if the airline was prepared to negotiate further.

But he faced a backlash on social media. One passenger wrote on Twitter it was ‘disgusting’ that he was heading off on holiday while they were trying to get a refund for a cancelled BA flight.

BA apologised, saying it was giving customers as many options as possible, including refunds or rebooking to a different travel date or airline.