The United Arab Emirates is being ridiculed online after holding their annual ‘gender equality’ awards – and all the winners were revealed to be men.

Sheik Mohammed bin Rashid al-Maktoum, Vice President of the UAE and the ruler of Dubai, handed out prizes at the Gender Balance Index 2018 ceremony in Dubai on Sunday.

When the Dubai government posted photographs of the winners being handed their prizes on its official Twitter, they were met by mockery, with some even asking if the account had been hacked. 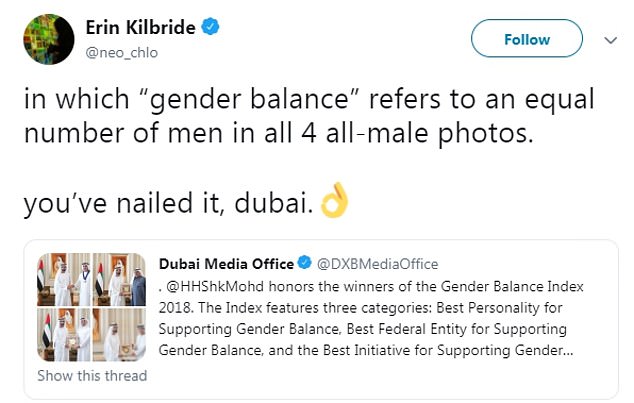 ‘Wow really nailed the diversity there. One of those dudes was wearing gray,’ one person tweeted in response.

One person added: ‘And they say that satire is dead,’ while another tweeted that Dubai had made themselves ‘a laughing stock in the eyes of the world’.

The UAE’s Gender Balance Index awards ‘initiatives and programmes undertaken by various government entities to promote equal opportunities for both men and women’, according to the Dubai government. 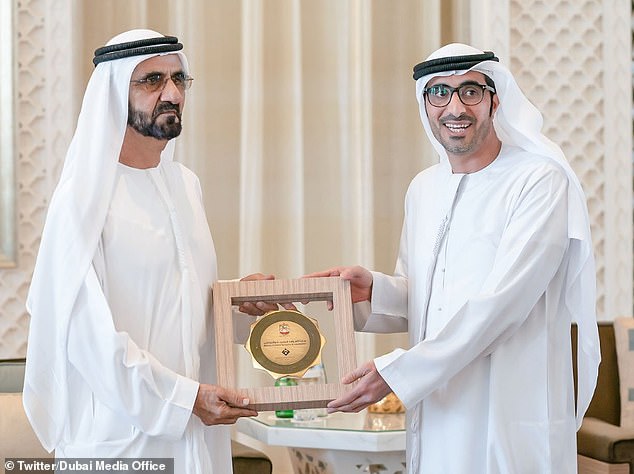 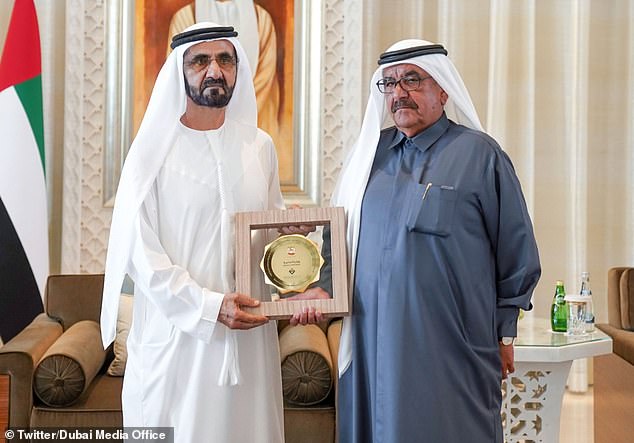 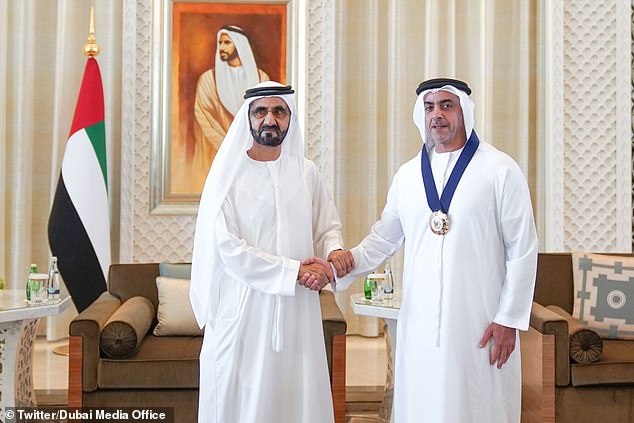 While all four awards were accepted by men, Sheik Mohammed acknowledged the work of one woman: his own daughter Sheika Manal bint Mohammed bin Rashid Al Maktoumm whose husband is the Deputy Prime Minister of the UAE..

‘We are proud of the success of Emirati women and their role is central to shaping the future of the country,’ Sheik Mohammed was quoted as saying by the Dubai Media Office as he handed over the awards.

‘Gender balance has become a pillar in our governmental institutions,’ he added.