United stars arrive at their hotel ahead of Young Boys – and it’s 0.5 miles from Old Trafford

Jose Mourinho and his Manchester United stars have arrived at their hotel ahead of tonight’s Champions League clash with Young Boys – and they are situated less than half a mile from Old Trafford!

Following two previous travel disasters that saw their preparation time shredded, United’s staff are going for third time lucky in their hotel just a 10-minute walk from the ground.

Manager Mourinho arrived first at the Hilton Garden Inn next to the Old Trafford Cricket Ground, before most of his players turned up by coach around midday. 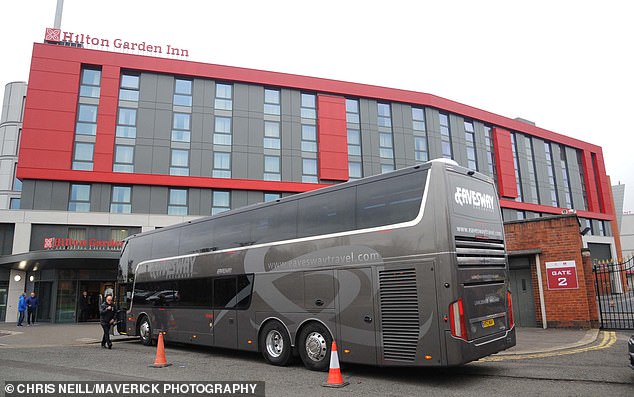 A few minutes later, most of the Manchester United squad arrived on their team coach 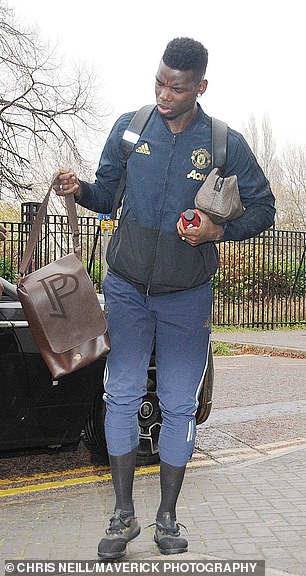 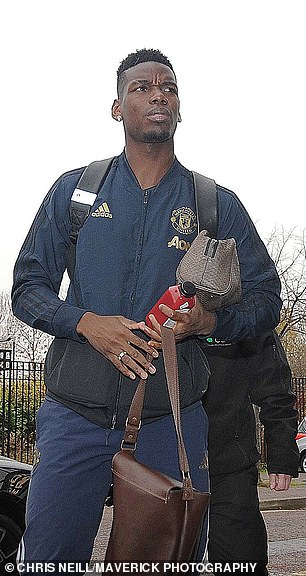 Paul Pogba arrived separately in a Rolls Royce, carrying a personalised PP bag in his hand 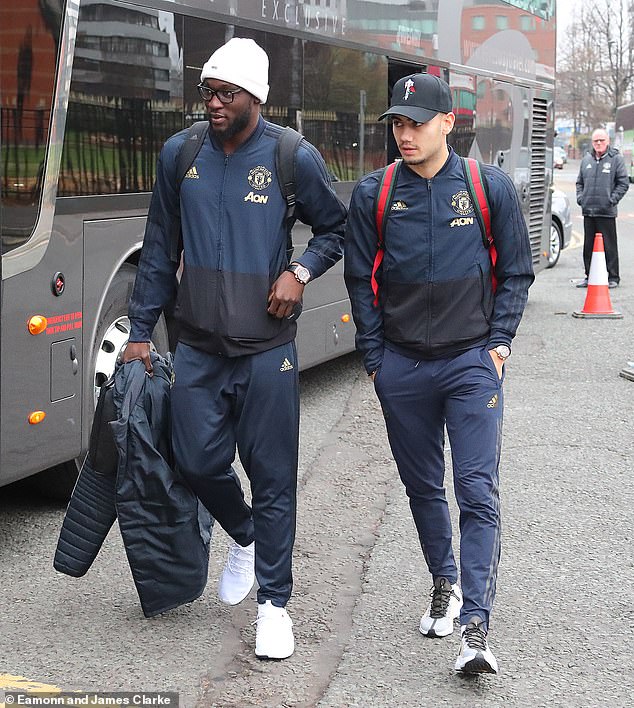 Paul Pogba was not on the coach with his team-mates, instead arriving separately in a Rolls Royce shortly after.

He carried a brown bag emblazoned with his initials, while wearing what appeared to be three-quarter length trousers and long black socks.

United have suffered two serious Champions League travel headaches so far this season, first of all in their tie against Valencia. The players tried to travel by coach from their usual Lowry base, but were ‘refused’ an escort by local police.

The journey took 45 minutes longer than usual, and Mourinho’s men arrived so late that the kick-off time was delayed until 8:05pm.

Just three weeks later United faced Juventus, and incredibly there were more travel problems despite them staying at the nearby Hilton – which left Mourinho walking to the ground to avoid picking up a fine.

While his players stayed on the delayed coach, eventually arriving just 50 minutes before the match, Mourinho opted to put his hood up and discreetly wander through the crowds in order to make it to his pre-match media obligations. 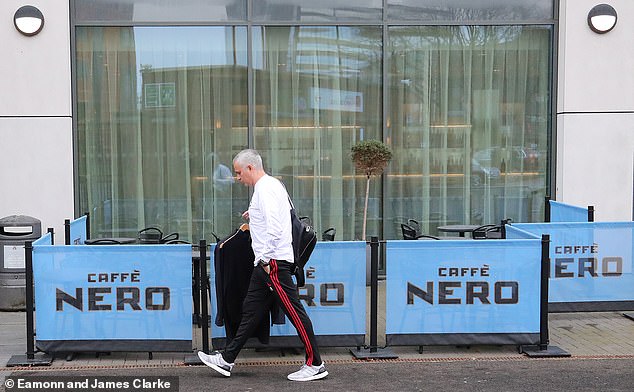 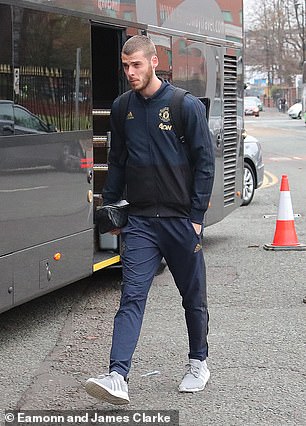 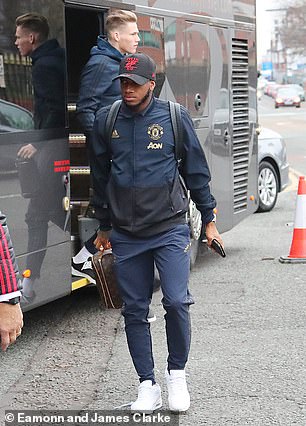 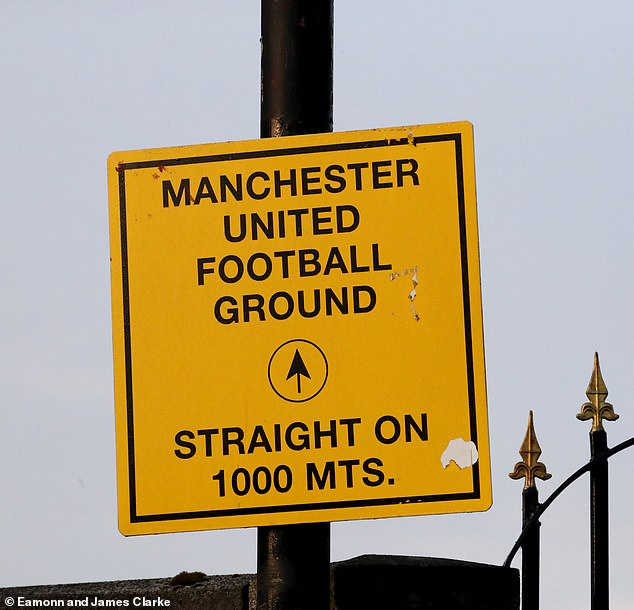 This time, though, United are taking no chances and Mourinho says he has been assured they will make it to the stadium earlier.

The club have booked the same Hilton hotel just half a mile away from the stadium, and in their coach the journey is expected to take between 6 and 12 minutes with traffic.

If they did need to walk, it is advertised as taking under 10 minutes.

Romelu Lukaku, Fred, David de Gea and Marcus Rashford were among the players pictured arriving at the hotel around eight hours ahead of kick-off.

The squad are likely to have a team meeting led by Mourinho while inside the accommodation, before they make their way to the stadium in plenty of time. 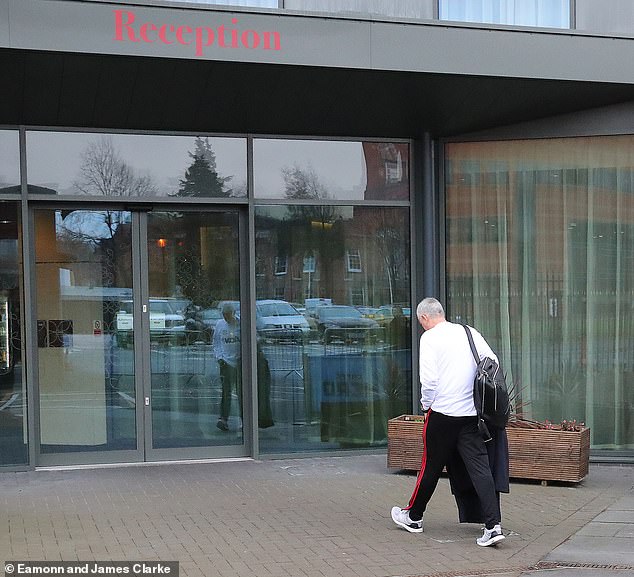 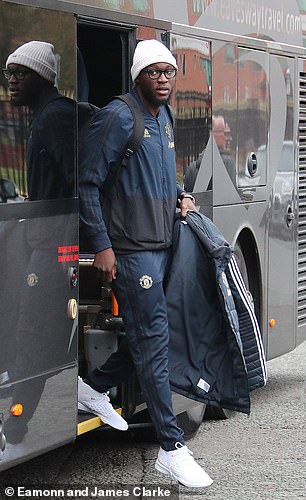 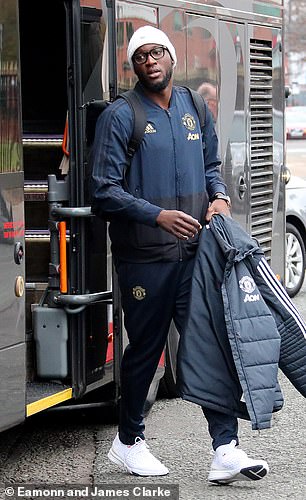 UEFA fined the club 15,000 euros (around £13,000) for their late arrival and the subsequent delayed kick-off of their match against Valencia, and Mourinho was asked this week about their hotel decision for Young Boys.

‘We decided to change hotel, so we are not coming from Manchester city centre,’ he said.

‘We are going to stay in hotel just a few metres away and the information I have from the club and the club contacts with the police is that things are going to be much better than the last time. But if it isn’t better, I walk!’

The issues in the team navigating their way through Manchester’s traffic are partly due to roadworks being compounded by rush hour traffic.

Those issues could be further exacerbated by the Christmas markets and 3,000 Young Boys fans being escorted to Old Trafford from the city centre.