Parents are being kept out of work by the government’s Universal Credit system over childcare payments, a committee has claimed.

A report by the Work and Pensions Committee said making parents pay for childcare costs upfront and then claim reimbursement from the Government can leave households waiting weeks or even months to get the cash back.

The cross-party group of MP’s research says that ‘some 100,000 households – including the poorest – will receive less for their childcare costs than under the legacy system’.

Its chairman, veteran backbencher Frank Field, said: ‘If the Government had set out to design a system to make it harder for parents to get into work, it could hardly have done better than this one.

‘It’s not just driving parents into despair and debt and creating problems for childcare providers – it’s also actively working to prevent the Government achieving its own aim of getting more people into work.

The report added: ‘Too many will face a stark choice: turn down a job offer, or get themselves into debt – to the Department for Work and Pensions (DWP), or to friends, family or other loan providers – in order to pay for childcare.’

The DWP says this system will help to reduce fraud, and prevent people making false claims for childcare.

But the committee concluded: ‘Prioritising this objective has created a barrier to employment that will be insurmountable for some households.’

And that approach ‘is in direct conflict with Universal Credit’s wider objectives’.

Mr Field (Birkenhead) added: ‘If the Government doesn’t sort this out, Universal Credit childcare support will work against all that good, as well as against the objectives of Universal Credit itself.’

The report says Universal Credit should be updated so that it starts making direct payments for childcare support.

In the interim, it suggests the DWP must do more to help claimants, such as improving the availability of the Flexible Support Fund (FSF) for parents, which can help them with upfront childcare costs.

The report said evidence from staff at Jobcentre Plus suggests it is not well known among claimants, and has been underspent in every year since 2012-13. 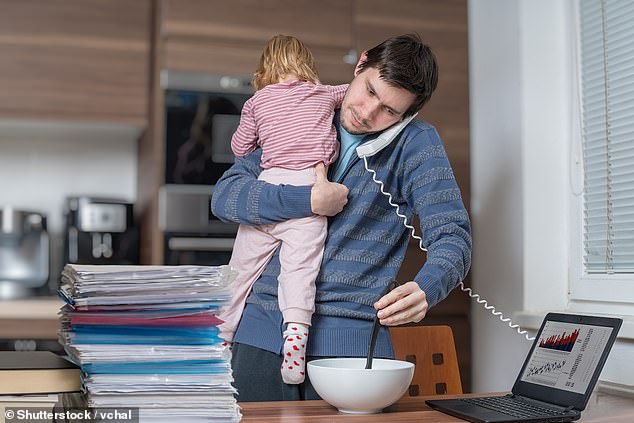 It adds: ‘DWP should be open to using the FSF in innovative ways to help parents to work, and minimising the financial risks those claimants face.

‘We recommend the Department trial a childcare deposit scheme using the Flexible Support Fund. This would involve paying deposits direct to providers from the fund.’

It also suggests diverting funding from the Tax Free Childcare scheme, calling it ‘unacceptable’ that some of the poorest in society struggle with childcare costs households earning up to £200,000 per year can get 30 hours of free childcare.

‘Parents, and mothers in particular, trying to get back into work face upfront bills of thousands of pounds and risk falling into debt as they often wait months to be paid back.

‘Denying those families who most need this support simply entrenches inequality and will push more children and families into poverty.’

In response a DWP spokeswoman said: ‘This report doesn’t acknowledge that with Universal Credit childcare is more generous.

‘Working parents can claim back up to 85 per cent of eligible costs, compared to 70 per cent on the old system.’