Glasgow university has condemned steam train pioneer James Watt among other donors for their links to slave trade.

A major British university has condemned steam train pioneer James Watt among other donors for their links to slave trade.

Glasgow University had recently signed an ‘historic’ agreement to fund a £20million programme of ‘reparative justice’ over its links to the slavery during the British Empire.

Officials signed an agreement with the University of the West Indies to fund a joint centre for development research.

It comes after a report by Glasgow University last year found that 25 financial gifts and donations that came from the profits of slavery and a further 18 that may have done so.

These would be worth at least £16million in today’s money.

Among the donor list was James Watt, the 18th century pioneer of the steam engine who appears on the current £50 note.

The report says the father of ‘the famous inventor James Watt’ was ‘a West India merchant and slave-trader who supported Watt in his career.’ 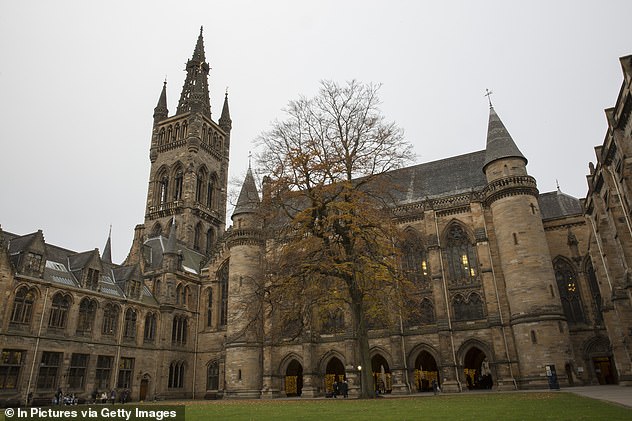 It adds: ‘Watt worked for his father as a mercantile agent in Glasgow during the 1750s. Furthermore, Caribbean planters who needed to process sugar cane were significant consumers of James Watt’s steam-engines.

‘It is certain that Watt profited from slavery and its commerce, but exact quantification is impossible.’

The reparation programme says that the centre, which will have two sites in Glasgow and the Caribbean, will stimulate public awareness about the history of slavery and its impact around the world.

Another link is Robert Cunninghame Graham, the rector of Glasgow University from 1785 to 1787. He spent much of his early life in Jamaica, where he became receiver-general for taxes in 1753 while making his fortune from owning slaves.

However, several 18th and 19th century professors at the university – John Millar, Patrick Wilson and John Young – were also active participants in the city’s abolitionist movement against slavery.

Professor Sir Anton Muscatelli, the university vice chancellor, said: ‘One of our report’s external advisers says, while you can’t change the past, you can change their consequences.

‘This is the story of our journey to do this to further enhance awareness and understanding of our history and the university’s connections to both historical slavery and the abolitionist movement.’

Watt’s image on the £50 note is to replaced by World War II codebreaker Alan Turing from 2021.