The University of Exeter is investigating racist messages shared by law students in a WhatsApp group after screenshots of ‘vile and deplorable’ comments were shared on Facebook.

Messages encouraging gang rape and slavery were alleged to have been sent by members of the Russell Group university’s prestigious law society.

The WhatsApp exchanges say the Bracton Law Society should be for ‘whites only’ with references to ‘sending black people home, ‘dirty Arabs’ and ‘if you aint English go home’.

They also claim a stabbing on a fellow student ‘should have gone further’.

Hill Dickinson LLP law firm – where one of the students was due to start work – has now confirmed it has revoked his offer of employment in light of the slurs. 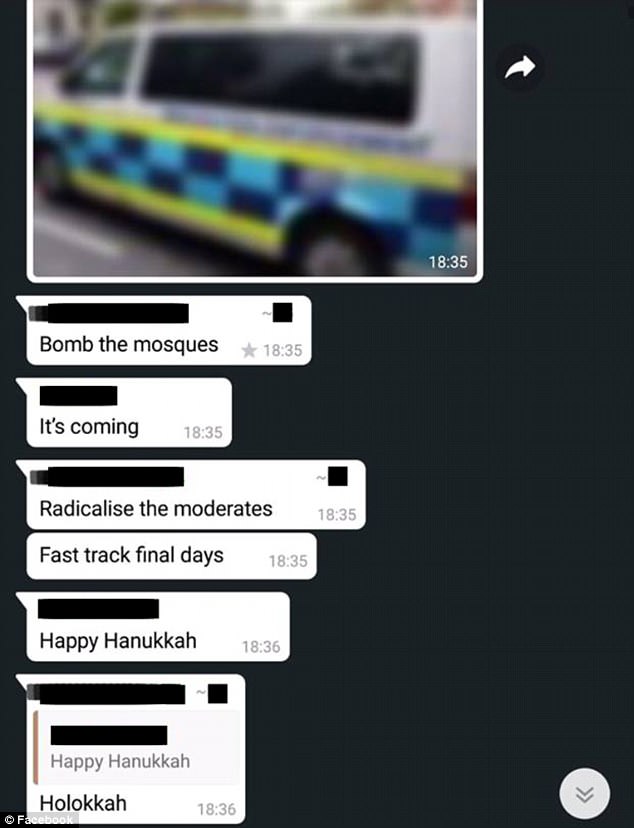 The WhatsApp exchanges say the Bracton Law Society should be for ‘whites only’ with references to ‘sending black people home, ‘dirty Arabs’ and ‘if you aint English go home’ 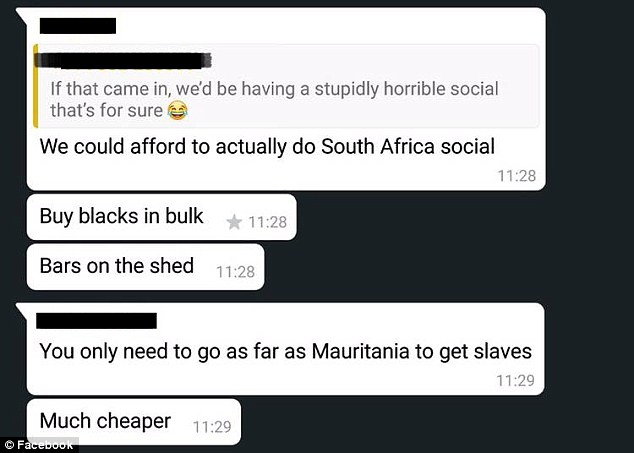 Student Arsalan Motavali said he initially created the chat group in 2017 but over time was removed as admin as it was taken over by other students.

Mr Motavali then took screenshots of the messages before posting them on Facebook, where they have been shared hundreds of thousands of times.

Last night, as the messages were shared Exeter University and its students union the Exeter Guild confirmed an investigation was underway.

The university tweeted: ‘we unreservedly condemn any act of racism’.

It added: ‘Incidents of this nature should not, and will not, be tolerated and we are committed to eradicating any form of discrimination or harassment, wherever it may appear.’

The Guild says it has ‘zero tolerance’ for racism.

Law firm Hill Dickinson confirmed it had revoked the offer of employment for one of the students who was due to start work in September 2019.

It added: ‘We are deeply disturbed by the messages that were brought to our attention last night and would like to stress that the views expressed by the individual and others involved in this matter do not in any way represent the views of this firm and and we absolutely do not condone this behaviour.’ 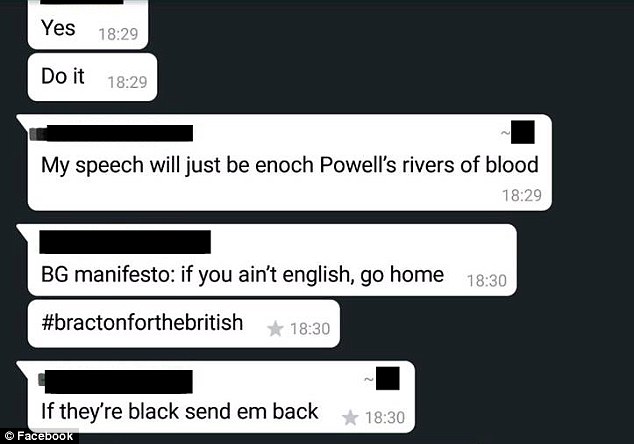 The messages include references to sending black people home, using the most racist perjorative terms, the phrases ‘dirty Arabs’ and ‘if you aint English goes home’ and discusses a stabbing which the messages say should have gone further 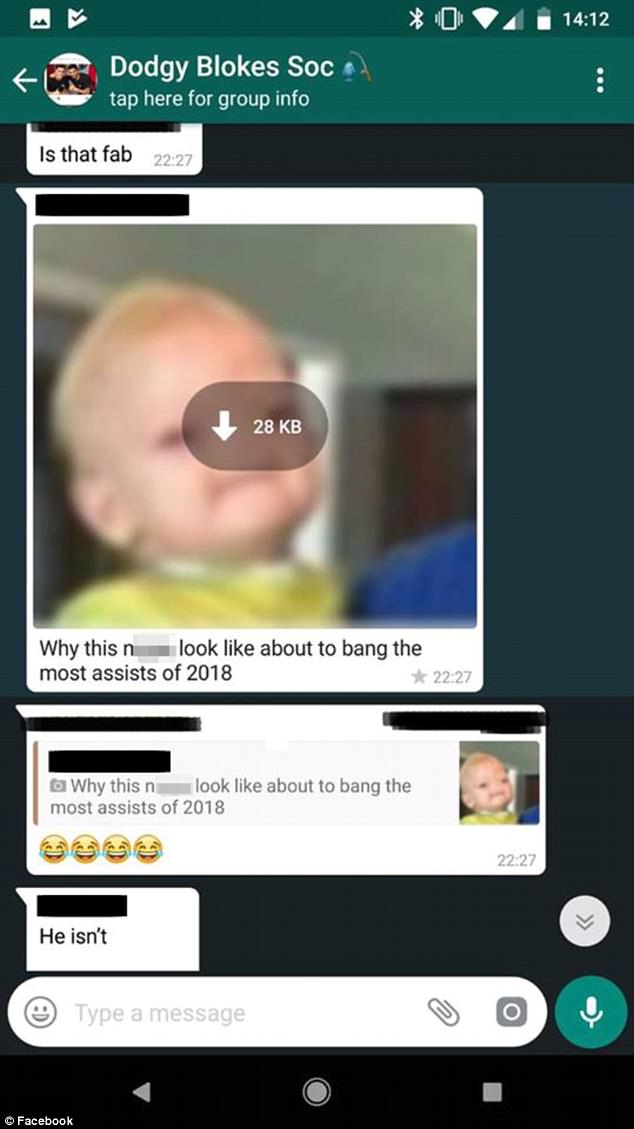 The WhatsApp exchanges include references to ‘sending black people home’, use of the most racist pejorative terms, the phrases ‘dirty Arabs’ and ‘if you aint English goes home’ and references a stabbing which the messages say should have gone further 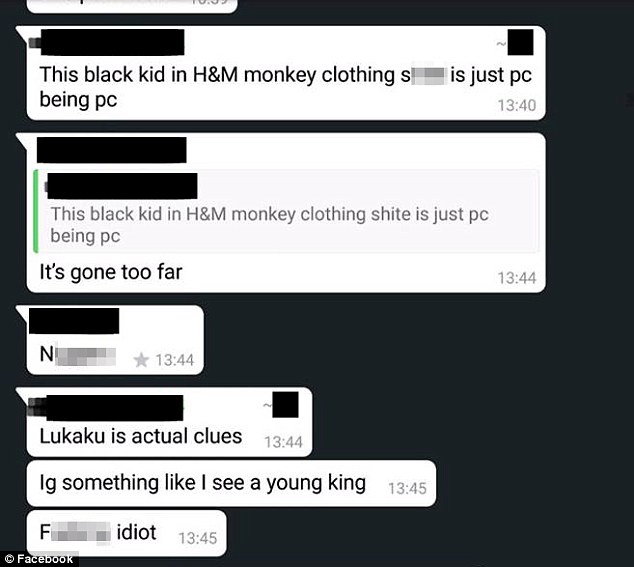 Revealing the messages on Facebook, Mr Motavali said: ‘I refuse to stand by and let such people who speak in these terms go on to recruit at future law firms or be a part of University culture’ 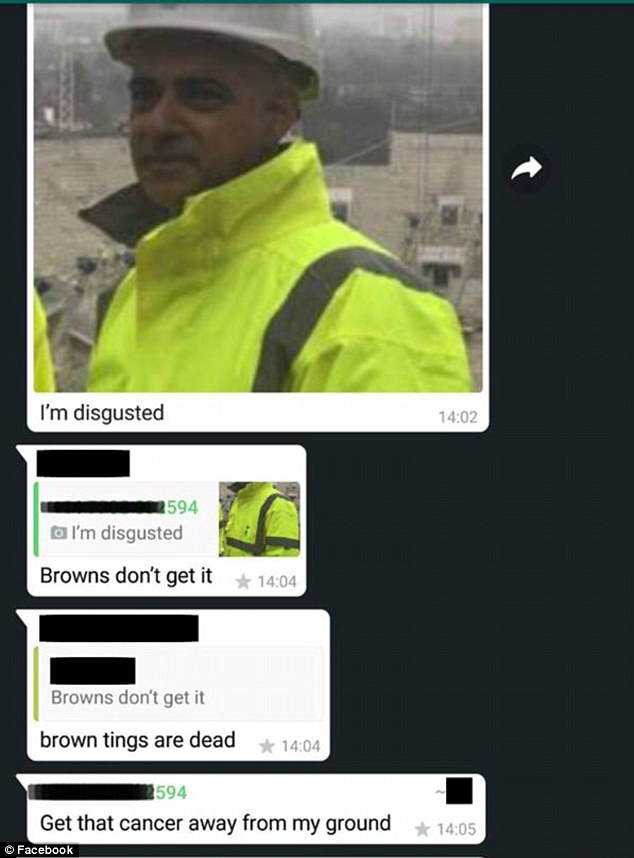 Revealing the messages on Facebook, Mr Motavali said: ‘I’m sure everyone has recently seen the incident of racism at Nottingham Trent University recently. This event along with various other factors have compelled me to finally expose the below screenshots of multiple students of the Law school who have repeatedly made racist and vile comments.

‘Some context is obviously necessary. I created the group chat in the summer of 2017, it was originally 6 participants and it was a normal group chat. Over time I was removed as admin.

‘At this point is where the content became increasingly racist and deplorable.

‘Not only are their statements disgusting, they are often targeted towards their peers and some of my close friends, whilst depicting them as an official society belief of Bracton Law Society (BLS) (‘no BLS for P**i’s’ etc.), which I am deeply disturbed by having been on committee last year and I hope BLS rectify this.

‘I did not voice my concerns in the group, but went silent for a long time, rarely pitching in to help with exam advice or talk about football. I mainly stayed in the chat to collect evidence.

‘I did not come out with it straight away due to pressures of third-year, consistent anxiety and worry of how to deal with the situation, so I just kept it to myself and distanced myself from University. 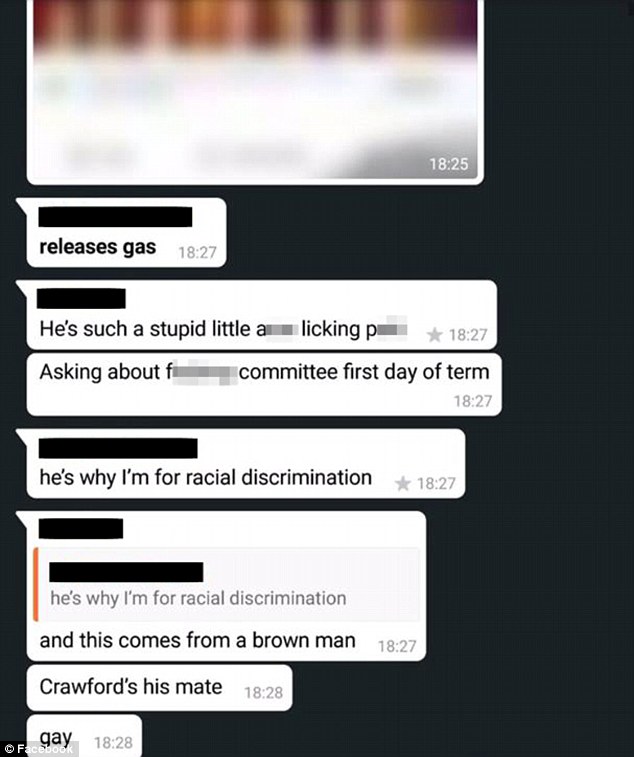 Last night, as the messages were shared to hundreds of thousands of people, Exeter University tweeted: ‘we unreservedly condemn any act of racism’ 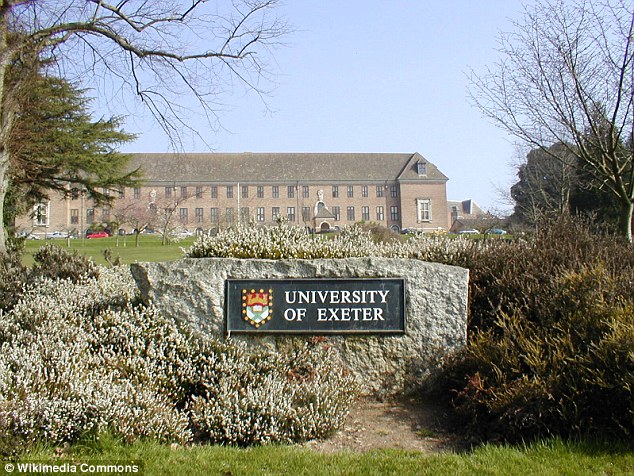 ‘All the screenshots attached need no explanation. Repeated racial slurs, a call for a race war and racially insulting peers would be enough to get individuals severely disciplined, fired and shunned in any other workplace – the Guild, University and BLS should act no differently.

‘I refuse to stand by and let such people who speak in these terms go on to recruit at future law firms or be a part of University culture, whilst cowering behind their phones and talking like this about people that are part of the society they represent.

‘If you’re going to be a racist, be a racist, just be prepared to face the consequences that come with being such a person.

‘From multiple instances of anti-semitism, blackface and now to this. The University of Exeter has a serious racism problem that they need to deal with urgently and by setting a precedent.’

‘Following reports of allegations involving a small group of students, the University has launched a major investigation, in conjunction with the Students’ Guild, and suspended the students while this takes place.

‘The police have also been informed. While it would be inappropriate to comment further while investigations take place, full disciplinary action will be taken as appropriate.’