A University of Minnesota student has been arrested for posting tweets mocking President Xi Jinping.

Luo Daiging, 20, was sentenced to six months behind bars for comparing the general secretary of China’s Communist Party of China to a cartoon villain and Winnie The Pooh.

The student was first arrested in July in his hometown of Wuhan after he finished his spring semester, according to the New York Post.

He was found guilty of ‘creating a negative social impact’ after he posted more than 40 tweets ‘denigrating a national leader’s image and indecent pictures’.

He is accused of tweeting pictures of a cartoon villain from the TV show Biker Mice from Mars.

Winnie the Pooh has been censored in China ever since people compared the bear to President Jinping.

In April, a church was fined $1,400 after South Korean versions of the bible were found which hadn’t been approved by the state.

And a new internet game, created by the state, called Everyone Hit the Traitors involves hitting Hong Kong pro-democracy supporters with baseball bats.

In December when Arsenal player Mesut Ozil showed support for Uyghur Muslims, the club’s game against Manchester City wasn’t televised in China and and his character was removed from video games such as Fifa. 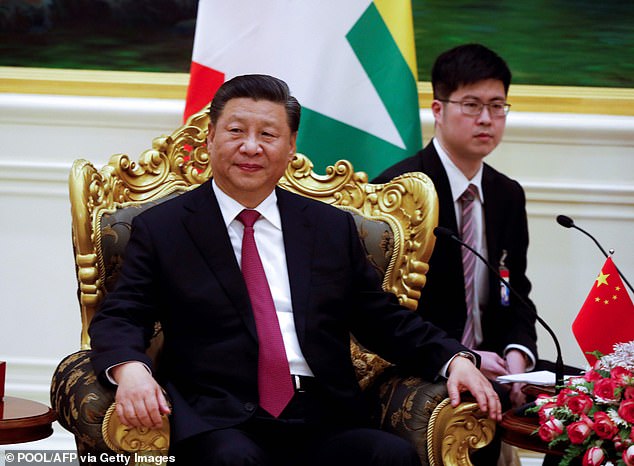 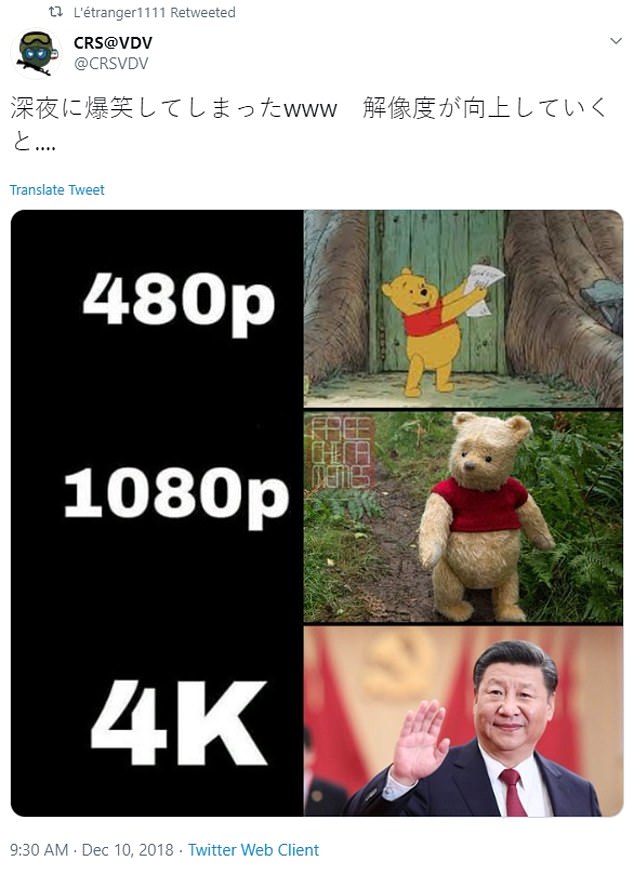