University of South Carolina fans left disappointed as ‘Cock Commander’ is snubbed as the name of live rooster mascot despite winning online poll, with ‘The General’ chosen instead

Sections of the University of South Carolina fanbase will be disappointed to learn ‘Cock Commander’ is not the name of their live rooster mascot, who has instead been called ‘The General.’

Following a brainstorming process between the school and its owners, the Clark family, ‘The General’ was chosen to be the new name of the Gamecocks’ mascot – despite a more humorous name being chosen by fans in an online poll.

The university found themselves needing a new name for their live rooster mascot – who has been present at games since 1999 – following a bizarre dispute between the bird’s owners, past and present.

Fundamentally, it boiled down to the former owners’  — Mary Snelling and Ron Albertelli — unhappiness with the Clarks refusing to cut the comb on top of his head.

The bird, formerly named Sir Big Spur, previously had the fleshy area upon his head cut to replicate the look of a fighting Gamecock.

Naming rights were owned by Albertelli’s and after they lapsed, they had no interest in renewing following alterations to their feathered friend. 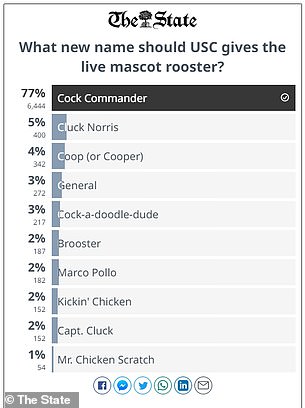 With the need for a new name catching the imagination of Gamecock Nation, The State put together a list of 10 potential options before offering readers the opportunity to vote, with Cock Commander coming out on top.

Despite trawling through social media suggestions, the parties clearly felt it prudent to avoid the wildly popular name.

‘We know Gamecock fans are passionate about our traditions and seeing the live mascot at games and other athletics events is something they look forward to,’ USC director of marketing Eric Nichols said via a statement.

‘When we realized that we would have to change his name to keep that tradition alive, it seemed fitting to go back to where ‘Gamecocks’ got started.’

2006 was the first time he appeared at the school’s football games. Often, he would be seen on ‘The Roost Roller’ — a motorized remote-controlled cart used to ride around the Williams-Brice Stadium.

Now, the rooster will not only have a new name, but an improved residency inside The Cock Pit.

‘The Athletics Department and the Clarks are creating a “C” for The General to sit, somewhat replicating the South Carolina Block C logo,’ the university said. 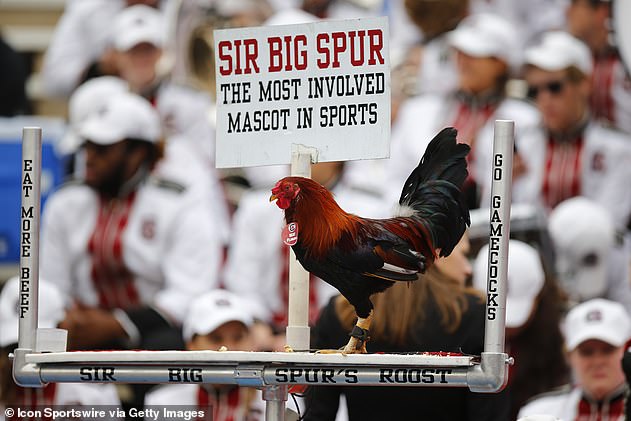 The rooster, in various iterations, has been present at USC games since his first in 1999

The General will be present at the Gamecocks’ opening football game against Georgia Tech this Saturday, though all aren’t too pleased.

In an exclusive statement to DailyMail.com, PETA, the outspoken animal rights group, condemned both the school teams’ nickname and the use of a live mascot.

‘A ”gamecock” is a shameful relic of a time when blood sports involving animals were legal, and a rooster belongs with a flock of chickens, not stressed and tethered next to a roaring crowd on a football field,’ a PETA spokesperson told DailyMail.com in a statement.

‘The University of South Carolina needs to retire the rooster and change its team’s name to something that belongs in the 21st century rather than one that celebrates the days of bloody animal abuse.’ 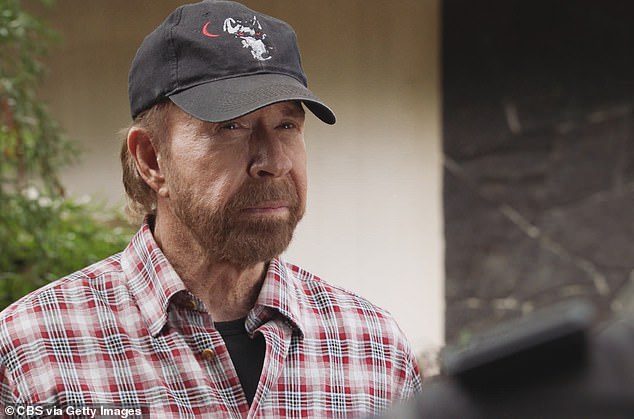 It was suggested the bird could have been named ‘Cluck Norris’ in a tribute to the actor, Chuck 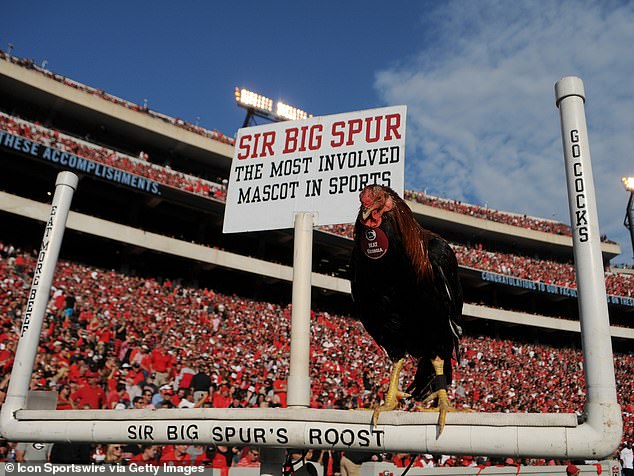 The General, as he’s now known, will be present as South Carolina face Georgia Tech Saturday