A university professor in Tennessee has come up with a creative — and unique — extra credit challenge for his students.

Last week, the unidentified professor at the University of Tennessee Chattanooga emailed his class to explain how a single student might be able to earn five extra points on his or her final grade.

All that student needs to do is craft a tweet addressed to @realDonaldTrump — which, when sent from the professor’s account, will get that professor blocked by the President.

Provoking an A+! An unidentified professor is offering a unique extra credit challenge to students 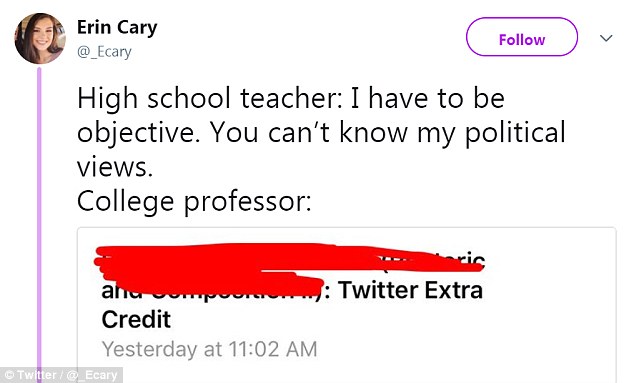 Creative writing: The professor at the University of Tennessee Chattanooga will award points to any person who successfully gets him blocked on Twitter by the president 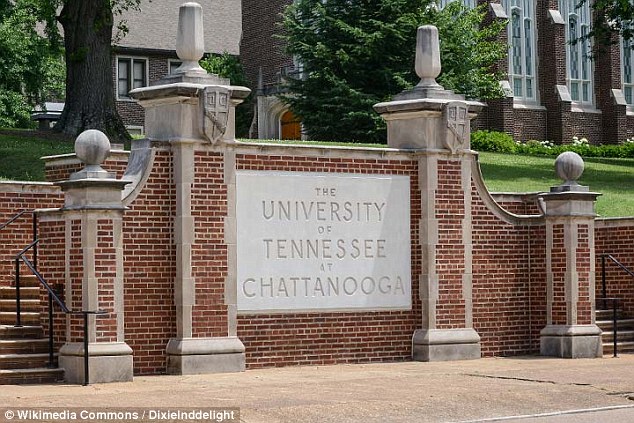 Challenge: The professor, who was not named, has asked students to write tweets which he will post from his account 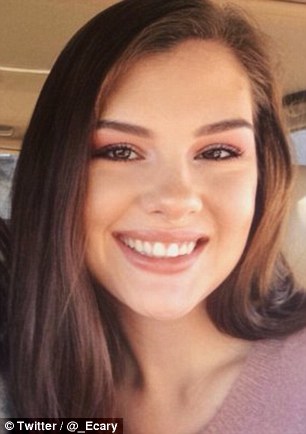 Story: An undergrad named Erin Cary shared a screengrab of the email with the extra credit instructions

Erin Carey, an undergraduate at UTC shared a screengrab of the email on Twitter last week, along with a joke about high school teachers striving to hide their political opinions while college professors broadcast them.

In the screengrab, she blocked out the professor’s name and email, as well as the name of the class.

‘All,’ the professor began, ‘Here are the details of the Twitter Extra Credit assignment: Simply write a tweet for @realDonaldTrump and email it to me. It may not contain profanity or personal threats.

‘This will run through the end of the semester, or until someone wins,’ he added. ‘As always, let me know if you have any questions. Good luck.’

Gunning for those points! Erin asked followers to send her suggestions

Competition: Only one person can possibly win the five extra credit points

Stumped: This person suggested asking Trump questions from the game show Are You Smarter Than a 5th Grader?

Updates: This person suggested tweeted updates on the Mueller investigation

Erin, who shared the email, said she didn’t want to reveal the professor’s identity, though many have asked her to. 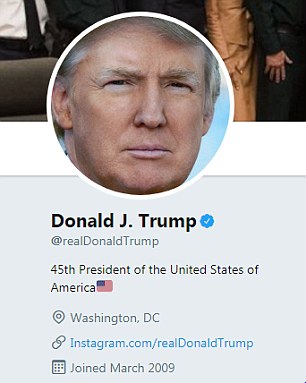 He can’t hear you: The 45th President is known is known for tuning out voices of people who disagree with him

‘Wow I showed this to the prof Friday and was excited Bc it had over 100 likes. For the people asking for his @, I don’t want angry trump supporters attacking him!! Also thanks for all the people that have dmed me with ideas,’ she wrote.

The original tweet has been liked over 83,000 times so far, and several have replied with suggestions.

Interestingly, the extra credit assignment was offered at a school in a county and state that both voted largely for Trump in 2016.

He won Tennessee with 61.1 per cent of the vote, and Hamilton County — where Chattanooga is — with 55.8 per cent.

It may not take much for this professor to get blocked, especially if he is making an effort to make it happen. 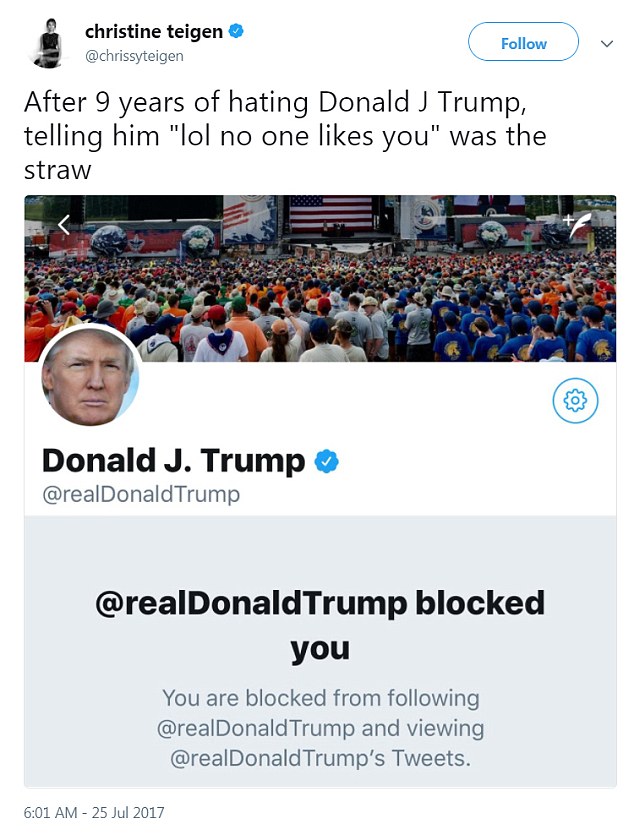 Funny: Chrissy Teigen, a vocal critic, was blocked soon after 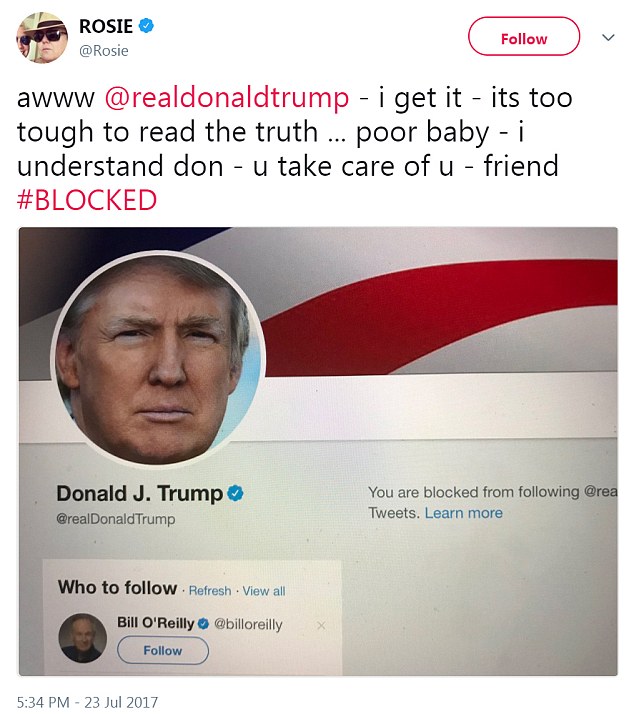 Hush: Rosie O’Donnell, whom Trump has feuded with for years, has also been blocked 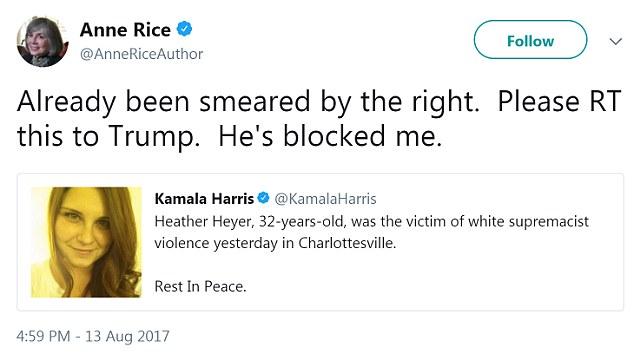 Shh… Author Anne Rice can no longer see the tweets either

Trump has made a habit of blocking Twitter users whom he disagrees with, most famously blocking Chrissy Teigen, author Stephen King, Rosie O’Donnell, and Anne Rice.

‘Trump has blocked me from reading his tweets. I may have to kill myself,’ King wrote in June 2017.

‘After 9 years of hating Donald J Trump, telling him “lol no one likes you” was the straw,’ Chrissy joked after her blocking in July of last year, adding a screenshot.