A university has come under fire for removing a LGBTQ sign off campus with a Lady Gaga quote.

At the beginning of June, a sign was placed outside Torreyson Library on the University of Central Arkansas’ campus quoting Lady Gaga saying: ‘Being gay is like glitter, it never goes away.’

But then UCA President Houston Davis made the decision to take the sign down one day later for fear it would make ‘a personal statement or advocate for a personal viewpoint’ while minors and summer campers are on campus. 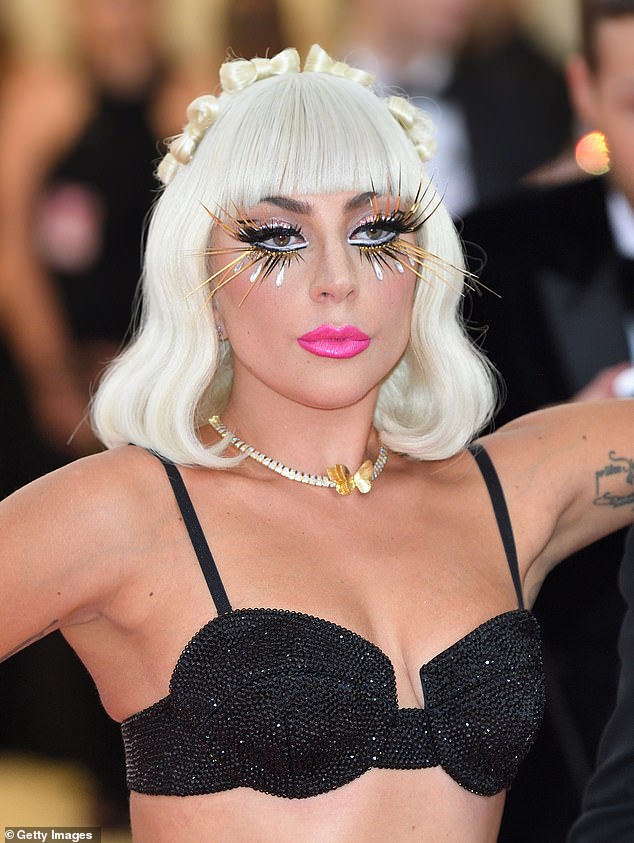 Ally: Lady Gaga, pictured at the 2019 Met Gala, has been a longtime supporter of the LGBTQ community throughout her career

Davis also claimed the administration received complaints about the sign ahead of its removal.

The university left the sign blank after it removed the quote from its face, which only inspired students on campus to leave post-it notes with words and messages to advocate support for the LGBTQ community, UCA News reported.

When the sign first premiered on campus, it was shared on the library’s Facebook page to express the organizations support for the LGBTQ community during Pride Month.

Students, faculty and alum then expressed their disdain towards the university on the Facebook page following the decision to remove the sign.

‘Will have to keep the forced removal of this sign in mind when they are calling for alumni donations,’ one alum commented on the picture.

Another person wrote: ‘Having minors on campus would actually be a perfect reason to show love, acceptance and support of all different people. Using them as an excuse to espouse bigotry is what should be banned on campus.’

One student, senior Ashley Hunter, revealed in a post that she was withdrawing from all of her UCA classes because of the decision.

‘Don’t want to support President Houston Davis after he suggested minors shouldn’t be exposed to LGBTQ folks and that the university’s view of “diversity” means giving equal standing to folks that don’t want people like me to exist,’ she wrote, according to UCA News. 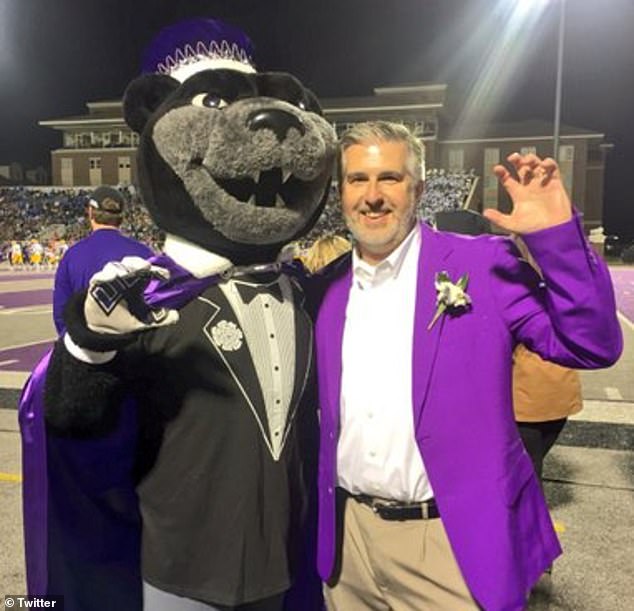 Right decision? But UCA President Houston Davis (pictured) had the sign taken down for fear it ‘advocated for a personal viewpoint,’ which caused backlash on campus

The backlash from the decision encouraged Davis to release a letter explaining the why the sign was removed.

‘I understand that the removal of this quote has caused fury and sadness across campus,’ the letter read.

‘My observation that the library sign is a university platform and should be reviewed as such has morphed into a debate about UCA’s values and commitment to diversity. I am very sorry that this has been the outcome and that anyone has felt unwelcome or silenced.

‘That was certainly never my intention. We are absolutely committed to supporting our LGBTQ students and our entire campus community.’

The president went on to list a number of ways that the campus supports the LGBTQ community and offers resources to students.

‘I also want to address the conclusion that some have come to that, because of this event, UCA does not value, support and protect our LGBTQ community. That is simply not true.’ the letter continued.

‘While I know not to take the criticism personally, my professional record and the record of my leadership team does not merit some of the names that are being hurled nor the label of anti-LGBTQ. Those UCA faculty and staff close to day-to-day administrative operations are vigilant in defending and supporting our LGBTQ community.’

But if the letter will diminish any problems people have with the sign removal remain to be seen, as commenters continue to post their anger towards the decision online.