Pennsylvania SPCA officials have rescued 15 dogs from the home of an unlicensed breeder, including three that were illegally ‘debarked’ without anesthesia.

Gillian Kocher, spokeswoman for the Pennsylvania Society for the Prevention of Cruelty to Animals, says 10 puppies and five adult dogs were removed from the breeder in Quarryville on May 24.

According to Kocher, a female husky and two other adult dogs were devocalized by a pipe that was repeatedly rammed down their throats to damage their vocal chords. Robbed of her voice: This female husky from Pennsylvania was illegally ‘debarked’ using a pipe that was rammed down her throat 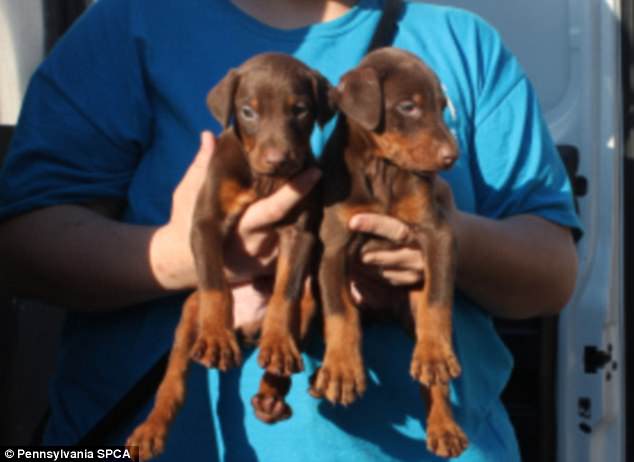 Saved: Pennsylvania SPCA officials rescued 10 puppies, including these Doberman Pinschers, from the home of an unlicensed breeder on May 24

Debarking of dogs is banned under Pennsylvania law unless it is performed by a licensed veterinarian using anesthesia.

The PSPCA’s Humane Law Enforcement officers went to the property after getting a tip reporting a possible debarking. 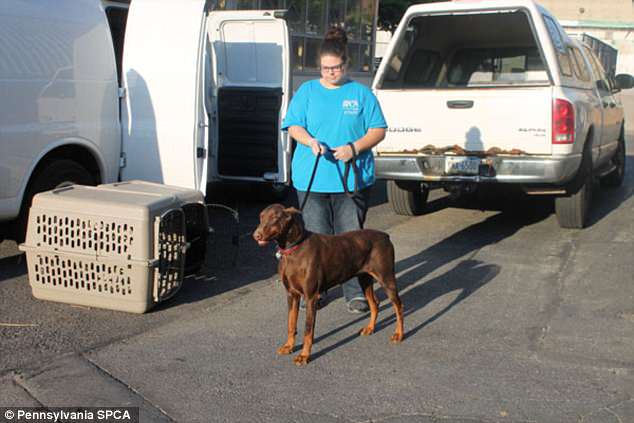 Looking for a loving home: This rescued Doberman Pinscher will eventually be put up for adoption 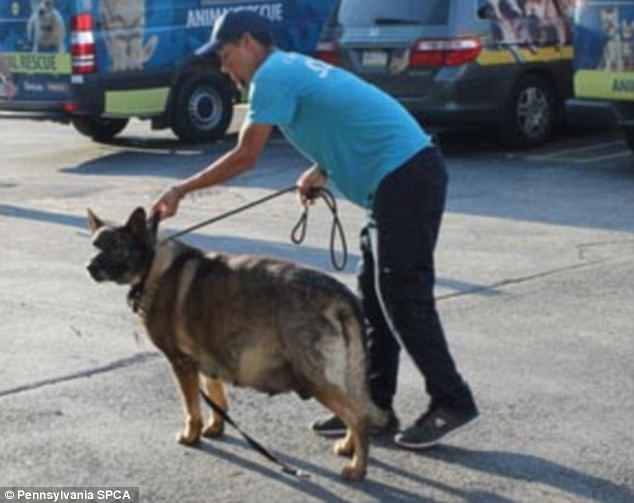 Mom-to-be: This pregnant German Shepherd was removed from the breeder’s home by officers and taken into PSPCA custody

‘The manner in which these dogs were devocalized is concerning on many levels, not the least of which is that it is illegal,’ said Nicole Wilson, PSPCA director of Humane Law Enforcement. ‘These animals were debarked because it was a nuisance, and the inhumane manner in which the act was carried out can carry a felony charge.’

The animals have been signed over to the custody of the PSPCA where they will be given medical care, and ultimately put up for adoption.

The investigation into the illegal breeder’s conduct is ongoing and charges are pending.