An unmasked Walmart shopper pushing a wheelchair pulled a gun on another customer in front of a child during a possible dispute about face coverings.

The incident at Walmart’s store in Royal Palm Beach Sunday was caught on surveillance video, said the the Palm Beach Sheriff’s Office.

The department released images of the gunman as he faced off with the mask-wearing customer. A search later located the unnamed suspect Wednesday.

His motives for pulling out the weapon remain under investigation, cops said.

A young girl is seen pulling the masked customer’s arm in the released images, which the sheriff’s office released via Twitter. The gunman is alleged to have given the finger to a second masked man seen in the footage.

An unmasked shopper at a Walmart in Royal Palm Beach, Florida, is pictured from surveillance footage pulling a gun on another customer wearing a face covering. A young girl also is seen pulling the masked customer away as a second masked man stands to the side 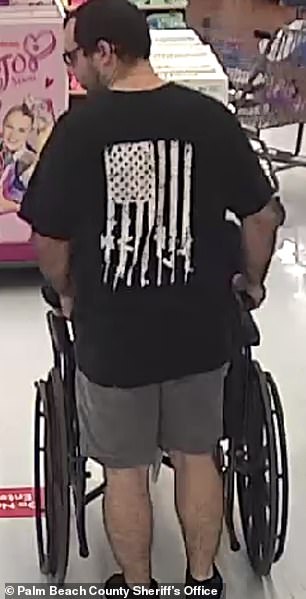 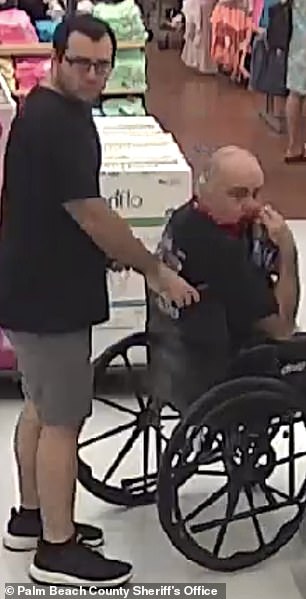 The gunman, who was pushing an elderly man in a wheelchair, left the store in a white van, cops said

The gunman, who was pushing in a wheelchair an elderly man seen holding a red cloth to his face, left the store in a white van, believed to be a Chevrolet Equinox, cops said.

He was later located by authorities, the South Florida Sun-Sentinel reported Wednesday.

The sheriff’s office declined to name the man, but said he was cooperating with an ongoing investigation looking into why he brandished the weapon.

‘The suspect has been identified and is cooperating with the investigation,’ said sheriff’s spokeswoman Teri Barbera, in an email Wednesday sent to the Sun-Sentinel.

‘The investigation is still open and active.’

A spokesperson did not immediately respond when DailyMail.com reached out for a follow up. 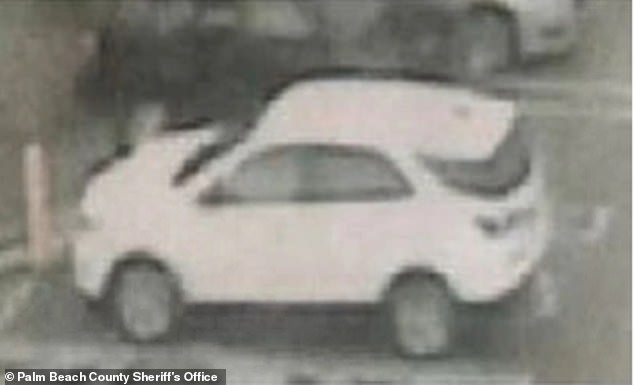 The unmasked gunman left the store in a white van (pictured), believed to be a Chrevolet Equinox 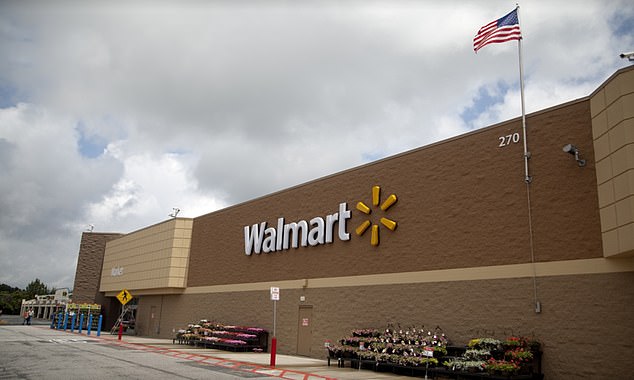 The sheriff’s office had recruited the public’s help in locating the unmasked gunman.

A tweet from the department started off with a direct statement to the man.

‘You think you’re big and bad because you pull out a gun?’ cops wrote in the social media post.

The man, according to the tweet, was wanted for assault with a firearm.