A man who jumped the fence of a Covid isolation facility to go to the pub made his break only a day before he was due to be released.

The man, 27, sparked panic on Friday when he absconded from the Centre for National Resilience at Howard Springs in the Northern Territory, sparking a police manhunt.

The unnamed man was spotted clambering up and over a fence before being picked up by a white ute.

Eventually the escapee was tracked down and found drinking at a licensed premises in Darwin’s entertainment district.

A man was seen being picked up a white utility outside a Howard Springs quarantine facility after absconding. Police released a CCTV image of the ute (above) 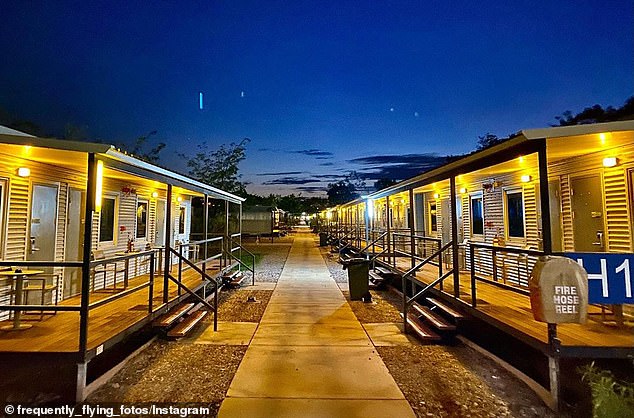 He was tested for Covid, returning a negative result.

After he was apprehended it became clear the man was on his 13th day of a 14 day quarantine period.

It was later revealed he was a close contact from the NT’s Katherine Covid cluster which has produced 37 positive cases.

The NT has recorded 54 cases in the recent outbreak.

‘The man absconded on day 13 of his quarantine period so he was extremely low risk but nonetheless that is not acceptable,’ NT Health Minister Natasha Fyles said.

‘We know that for some people being in Howard Springs can be frustrating.

‘We know that getting tested and being in isolation can be frustrating but we need you to follow the rules.

‘Those health rules are there to keep you, your family and your community safe and so that incident is extremely disappointing.’ 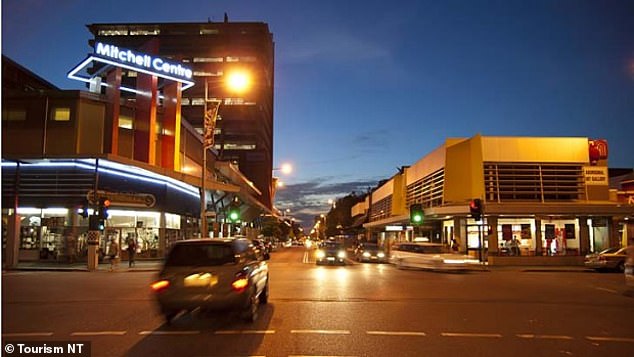 NT Police issued a statement confirmed they had ‘searched for the man throughout the night’.

They confirmed the man was eventually found inside a bar on Darwin’s busy entertainment district on Mitchell Street.

NT police say they are continuing to investigate the incident, ‘including those who had involvement with picking the man up’.