The VERY unusual history of the bin chicken: Australia’s most hated scavenger bird may have escaped from a popular zoo in the 1970s to breed in our capital cities

They’re regarded as one of Australia’s most peskiest and hated birds.

But there’s a lot more to the ibis or ‘bin chickens’ – as they’re more commonly known know – than meets the eye, including their non-urban origins.

Legend has it that the first ibises in Australia originally came from Egypt and escaped from a Sydney zoo.

Ibises were rare in urban areas before the 1970s, when Sydney’s Taronga Zoo began experimenting with free flight bird exhibits, which was reported on at the time by the ABC.

Sydney is home up to 7,000 ibises. Pictured is an ibis scavenging for food in Circular Quay

‘They’re among the most graceful and decorative of Australian birds,’ the narrator for the television news segment from 1973 said.

The report states 14 ibises were encouraged to stay with daily meals of meat and crushed grain, and began breeding freely in the zoo grounds.

The ibis population expanded in large numbers in major cities along Australia’s east coast from the late 1970s onwards.

‘As you can imagine these were birds that had already learned not to fear humans, because they were coming from an area where they were interacting with people, and they were scavenging food, and they had also learned about different foods they could scavenge,’ Taronga Conservation Society Australia Research Scientist Dr John Martin told Sydney Sentinel. 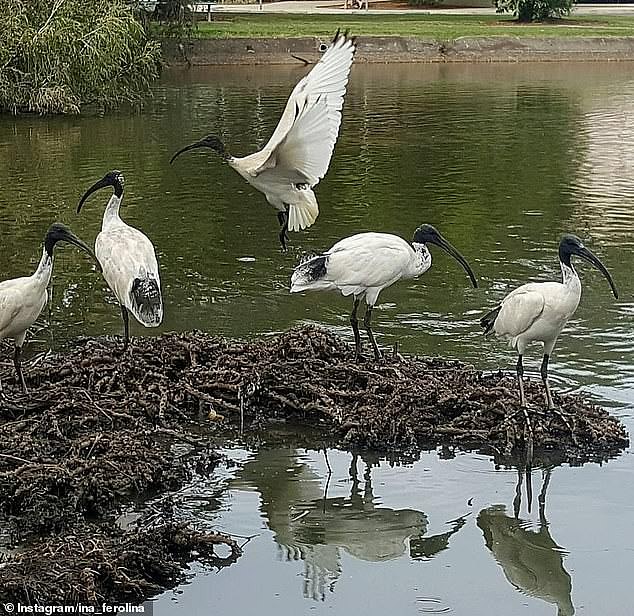 Ibises were rare in urban areas before the 1970s but eventually adapted to city life, where they are now considered one of Australia’s most hated birds

In the 1980s, the ibises from Taronga began migrating further afield to the Botanical Gardens, the CBD and Centennial Park before eventually taking over Sydney, which now has an ibis population of up to 7,000.

‘The most likely scenario is we have had a change at the landscape scale of the habitat in association with drought in the 1980s, and we had birds from those natural wetlands moving to the coast,’ Dr Martin said.

‘Then you’ve got this interaction of arguably local Sydney birds and visiting birds and what do you do, you learn from each other. There’s a potential that that was a formative experience but we don’t know. It would be amazing to prove that.’ 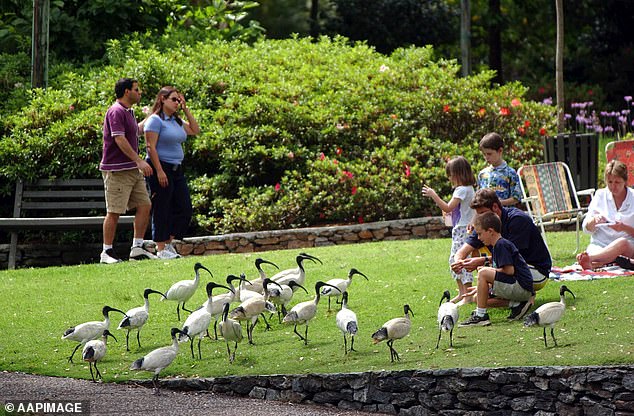 The ibis population expanded in large numbers in major cities along Australia’s east coast from the late 1970s onward. Pictured are the pesky birds hunting for food in Brisbane

Dr Martin has compiled a community-based research project called Big City Birds, which aims to learn more about the species and how they’ve adapted their behaviour to live in an urban environment.

‘The data collected will help scientists understand these species’ behaviour, movement, reproduction, distribution, and habitat use in suburban areas,’ the project website states.

‘We aim to use this information to help understand the behavioural traits that have allowed some species to adapt to the challenges and opportunities of city living.’