No jab no play: Unvaccinated Australians could be BANNED from footy games and the races after dozens were infected with coronavirus at the MCG

The MCG become a high-risk exposure site with thousands of people at risk after a fan infected with the highly contagious Delta strain watched an AFL game.

The supporter then took the virus to Phillip Island in regional Victoria, wreaking havoc on the local community.

Premier Daniel Andrews said officials would make an ‘informed discussion’ about the future of stadium crowds after the lockdown.

‘[The vaccine] will be here September, October, November… then I think we can have an informed discussion and say: Right, we’re at X per cent, here’s all the benefits that might flow from that,’ he said. 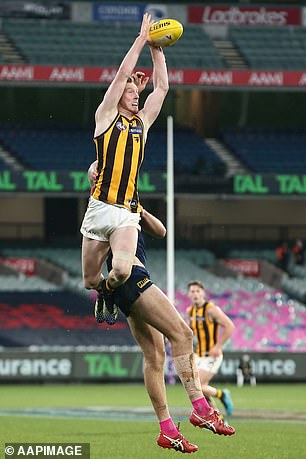 The premier said vaccinated fans being able to attend games would be part of a wider initiative to incentivise people to get the jab.

‘Once we’ve got many, many more people with the jab, we can then have a discussion about what that might mean for them, freedom of movement, changes that deal with some of the risks we face.’

The MCG and nearby AAMI Park became the focus for officials after thousands of people were exposed to the Deltra strain across two major sporting events.

An infected person attended the Carlton and Geelong game at the MCG on Saturday July 10 which has led to several cases, while another fan with the virus supported the Wallabies as they played France at AAMI Park on Tuesday July 13.

The government is investigating whether further cases could come from the crowds in attendance, with new rules to potentially be in place for the upcoming summer of cricket.

They said ‘everything is on the table’ as far as bringing in vaccination requirements for anyone attending sporting events in the future, while negative tests before game day are also being discussed.

That could make the Boxing Day test and Spring Racing Carnival all part of trialling of the new mandate. 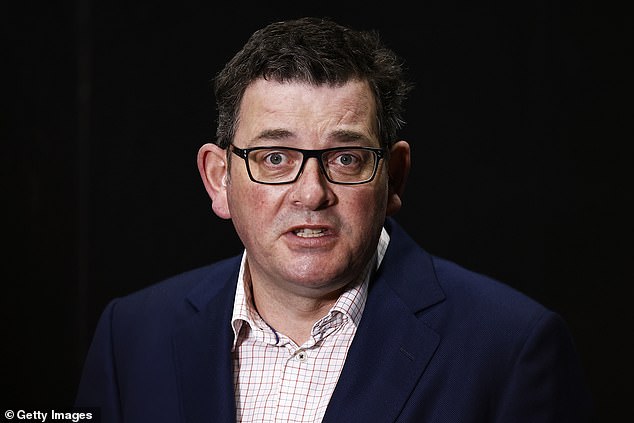 Millions of Victorians will stay in lockdown for another seven days as the state struggles to control its fifth coronavirus outbreak.

The entire state was plunged into a snap five-day lockdown last week after the NSW outbreak of the highly contagious Delta strain crossed the border.

The lockdown was scheduled to end at midnight but has been extended funtil midnight on July 27 after Victoria recorded 13 new cases on Tuesday.

This is Victoria’s fifth lockdown since the pandemic hit Australia’s shores early last year and the third one so far in 2021.

‘We want to avoid a long, lengthy challenging lockdown where you lose control of cases, we have avoided that, but we need more time,’ Mr Andrews said.

He also reinstated a hard border with NSW and ordered a temporary pause on the issuing of ‘red zone’ permits.