A man who was unvaccinated against COVID-19 had to undergo a double lung transplant after contracting the virus.

Blake Bargatze, 24, from Sugar Hill, Georgia, was the only member of his family to not get the vaccine because he was worried about side effects

However, his family believes he caught COVID-19 while attending a concert in Florida – and his health rapidly deteriorated, reported WSB-TV.

Bargatze spent three months in intensive care at three different hospitals before he  underwent the procedure.

Now facing months of rehabilitation, his family says that he wishes he had gotten the vaccine and wants to warn others to get it so they don’t risk the same thing happening to them.

Blake Bargatze, 24, from Sugar Hill, Georgia, recently underwent a double lung transplant after he contracted COVID-19. Pictured: Bargatze in the hospital before the operation 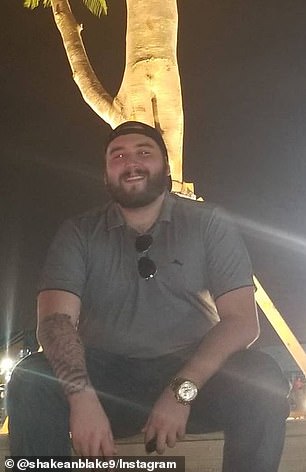 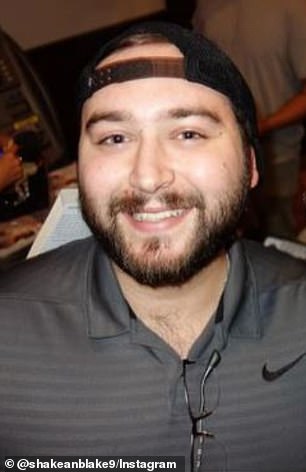 Bargatze’s (left and right, before the operation ) family said he did not get vaccinated because he feared side effects. It is believed he caught the virus in Florida at an indoor concert, and his health rapidly deteriorated

Bargatze’s mother, Cheryl Nuclo, told WSB-TV that her son regularly used a vape, but that he doesn’t have any pre-existing conditions.

Although every member of his family had gotten the vaccine, the 24-year-old said he wanted to wait.

‘He wanted to wait a few years to see you know, if there’s any side effects or anything from it,’ said Paul Nuclo, his stepfather.

‘As soon as he got in the hospital, though, he said he wished he had gotten the vaccine.’

Bargatze was attending an indoor live music show in Florida, where he believes he caught the virus.

‘He had called me that Friday when he got the results and he’s like: “Mom, you’re going to be mad. I got COVID,”‘ Cheryl said.

On April 10, he was admitted to an intensive care unit (ICU) at St Mary’s Medical Center in West Palm Beach, Florida, according to a GoFundMe page.

Bargatze was then transported via air ambulance to Piedmont Atlanta Hospital on April 24 and placed on an Extracorporeal Membrane Oxygenation (ECMO) machine.

The machine, typically used for those with heart and lung issues, pumps and oxygenates a patient’s blood outside the body, which allows the heart and lungs to rest. 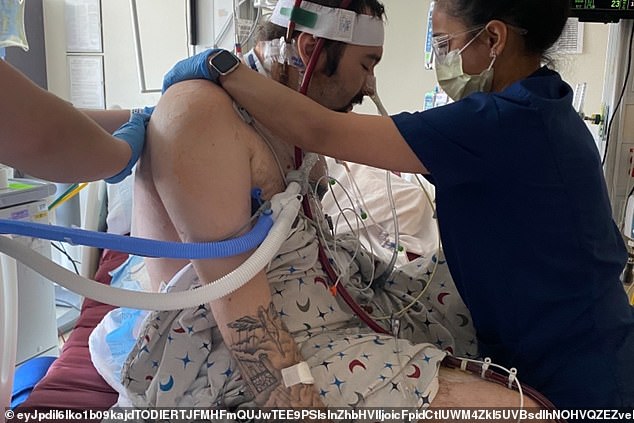 He received his new pair of lungs on June 28 and now faces six to eight months of recovery and rehabilitation. Pictured: Bargatze after the double lung transplant 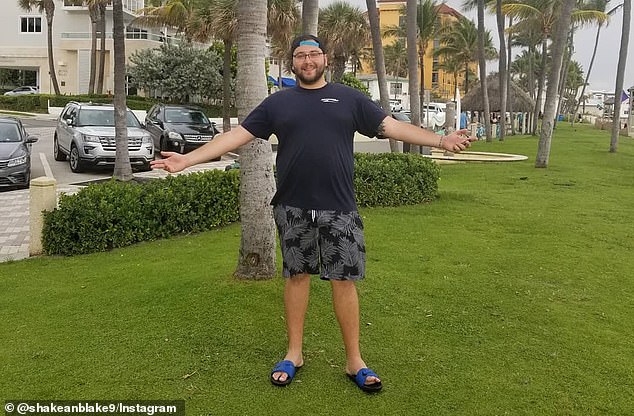 His family says he now wishes had gotten the vaccine and wants his story to be a reminder of how serious COVID-19 can be. Pictured: Bargatze before the operation

During his hospital stay, his lungs suffered extensive damage and he was transferred to the University of Maryland Medical Center on June 12.

After more than two weeks, a pair of donor lungs was found for Bargatze and he underwent a double lung transplant on June 28.

He will need to remain in Baltimore for between six and eight for recovery and rehabilitation, according to a GoFundMe page.

Cheryl and her son say that want Bargatze’s story to be a reminder of what damage the disease can do without a vaccine.

‘Maybe if some people were kind of on the fence[about getting vaccinated] and swaying, he wants them to see what might be the extreme of what can happen,’ Cheryl told WBS-TV.

‘Not using a fear tactic, but it can happen. I just don’t ever want anybody else to go through this.’

Bargatze’s medical journey is similar to those seen across the country.

Health officials in states such as Arkansas and Mississippi are reporting that more than 90 percent of COVID-19 patients hospitalized are unvaccinated.