An Idaho nurse and mother of two special needs children has died of COVID-19 after refusing to get vaccinated — and urging her loved ones not to get the shot, either.

Natalie Rise, 46, died on August 22, shortly after her unvaccinated mother was also taken to the hospital with COVID.

ICU nurses woke Natalie’s mother up from a medically-induced coma to tell her of her daughter’s passing.

Now Natalie’s brother, Daryl Rise, has quit his job to take care of her two children — and insists that it was misinformation and ‘falling into negative social media’ that killed her.

Natalie Rise, 46, died on August 22, shortly after her unvaccinated mother was also taken to the hospital with COVID

Natalie, a registered nurse from Coeur d’Alene, had worked as a home health care worker before quitting to be a stay-at-home-mom to her 10-year-old special-needs twins.

But despite her RN training and two children with medical conditions under her care, Natalie refused to get vaccinated against COVID-19.

‘She was telling me not to get vaccinated,’ her brother Daryl told CNN. ‘I think it was from misinformation, I think it was falling into negative social media and bloggers, YouTubers.’

Natalie said there hadn’t been enough studies on the vaccine.

Several of her family members did seem to listen to her pleas against the jab, including her mother, who is also unvaccinated. 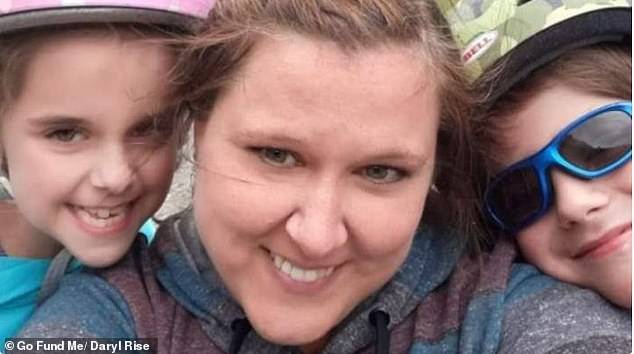 She leaves behind 10-year-old twins with Joubert syndrome, a genetic disorder that has led to several major brain surgeries for one of the children

But in early August, Natalie and Daryl’s mother, Nancy, began feeling ill and having trouble breathing. On August 9, she was hospitalized and then intubated and put in medically-induced coma.

‘I miss my mom right now,’ Natalie wrote on Facebook on August 12. ‘I want to call her, but she’s unable to talk because she’s in a “paralyzed” state at the moment on the ventilator, her lungs are trying to heal. She’s hanging in there!’

Natalie felt sick soon after her mother was hospitalized and also went to Kootenai Health’s emergency room, where she was admitted to the ICU as well.

‘[I] just can’t breathe very well at this point,’ she wrote. ‘Very scary and claustrophobic. This is horrible.’

‘I’m hoping it won’t be very long [that I’m hospitalized]. I’m hoping all it will take is some IV fluids, steroids, rendesevir…’ she added.

‘They thought that this wouldn’t happen to them. That they were protected by masks and hand sanitation. It doesn’t protect you like the vaccine would,’ he added.

While her mother was in a coma, Natalie died ‘right down the hall’ from her. Nurses woke up the older woman to tell her. 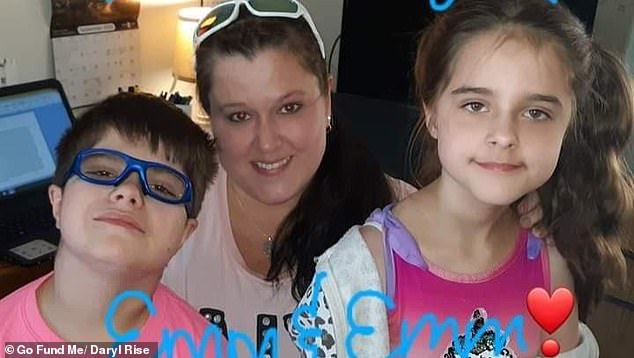 Daryl said Natalie had fallen pray to ‘misinformation’ and ‘negative social media and bloggers, YouTubers’ about vaccines. He quit his job to take care of the kids

‘Mom didn’t even know that Natalie was in the hospital, and Natalie had written a letter the night before, to mom hoping she’d be able to go down in the critical care COVID unit to be able to see her, but that never happened,’ Daryl said.

Daryl had fallen pray to some misinformation aboud vaccines, too. He had become ill with COVID last year, and didn’t think he needed to get vaccined — but the day after Natalie died, he got his first shot.

‘We’re hearing from all these doctors and professionals who have all this education and they’re basically begging us to get the vaccination,’ he went on.

‘The people that are telling us not to, they’re not as educated as these doctors, and they’re following social media. It doesn’t matter if we’re a donkey or an elephant. It is a personal choice, but the numbers don’t lie.’

His mother, however, is still unsure whether she will get the shot.

Since Natalie’s death, Daryl has quit his job as a truck driver to take care of his neice and nephew.

The children will spend weeks with Daryl to remain in their school district, while Natlaie’s twin sister, Jennifer, and her husband will care for them on weekends.