Police patrols at a family friendly water park have been beefed up after violent confrontations between 60 teens and officers spiralled out of control.

Officers were called to the Island Aqua Park water park at Hillarys Boat Marina in Perth’s north on Monday following reports of a large group of teens were intimidating and abusing members of the public and allegedly pushing children off inflatable slides.

Shocked onlookers, including young children watched in horror as the teens allegedly attacked, spat at and pelted glass bottles at police in chaotic scenes.

‘My brother ended up ringing Triple Zero to try and get more police there because we were actually quite frightened for the police,’ one witness told Mornings on 6PR.

Outnumbered by youths, it took an hour for police to bring the incident under control and were forced to use pepper spray on several teens who resisted arrest.

Seven teens were arrested and issued with juvenile cautions which ranged from obstructing police to stealing and disorderly conduct.

Police defended their use of pepper spray on the teens and said they had no other choice.

‘When two officers are confronted with a group of unruly youths, it becomes quite scary,’ Senior Sergeant Mark Stoneman told reporters.

‘By no means did we overreact.’ 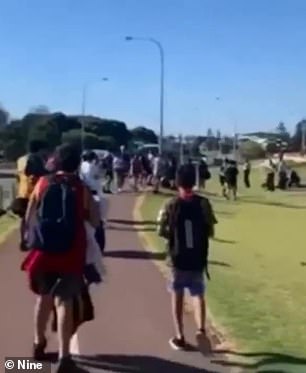 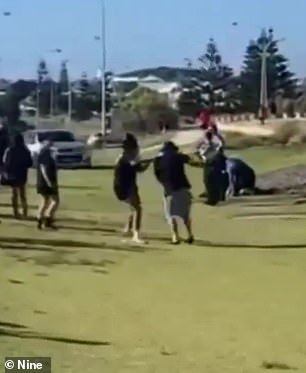 The teens allegedly attacked, spat at and pelted glass bottles at police in chaotic scenes

‘Where are the parents? Where is the parental responsibility here. When kids are on school holidays, they need to know where their kids are and what they’re doing,’ she said.

‘Police moved in, they declared it an out of control gathering and taken appropriate action, but it’s something that shouldn’t happen in the first place.

‘It’s something that parents of those children need to take some responsibility for.’ 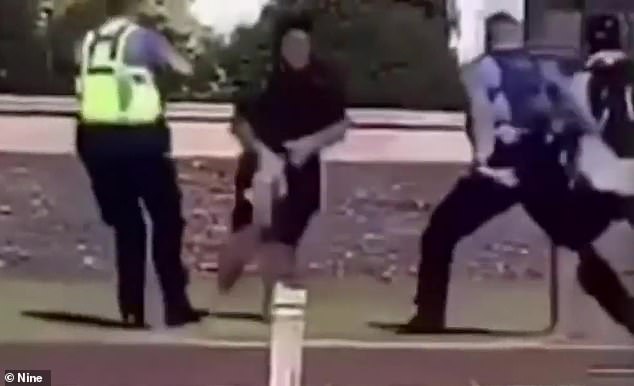 Island Aqua Park has welcomed the increased safety patrols in a video posted on the venue’s Facebook page to ensure family friendly activities such as theirs can continue.

‘What that is really showing us is that we have their full support because it is ridiculous that a nice family water park like us should be intimidated by youths trying to get their kicks by intimating the public and it’s just really not fair to spoil it for everyone else,’ manager Samantha Crawford said.

She added the water park has enjoyed one of its busiest days of the summer since Monday’s incident.

Island Aqua Park manages one of the biggest parks in the UK and returned to Australia this summer to set up at Hillary’s Boat Harbour.

Police would like to hear from anyone who witnessed Monday’s incident and have photos or footage. 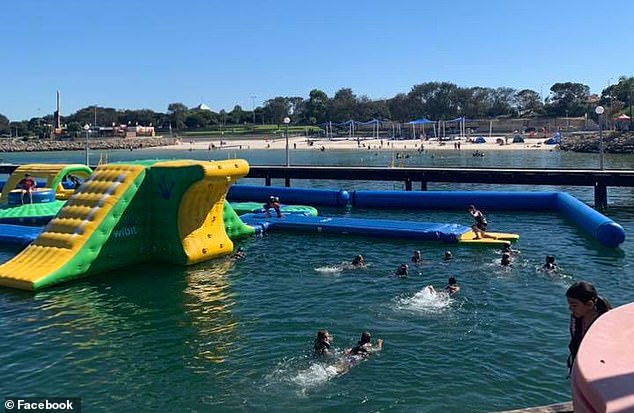