Home Secretary Priti Patel has slammed the ‘shocking’ numbers of migrants crossing the Channel illegally, as around 90 more were caught trying to get to the UK this morning.

An RNLI lifeboat is believed to have rescued people on one boat while the Border Force vessel Speedwell dealt with others in a number of small boat incidents.

They were pictured being brought into the harbour at the Port of Dover in Kent this morning.

The lifeboat and another Border Force boat were seen bringing in the dinghies used in the crossings.

Speaking to the Home Affairs Committee this afternoon, Ms Patel said the number of migrants crossing into the UK is ‘unacceptably high’.

She said: ‘I see figures on a daily basis on small boat crossings. Not just the data but every single incident report that comes in.

‘What I would say, and I’ll be very clear about it, these numbers are shocking and appalling and they’re unacceptably high.

As many as 90 migrants were detained today, though the Home Office has yet to confirm the numbers 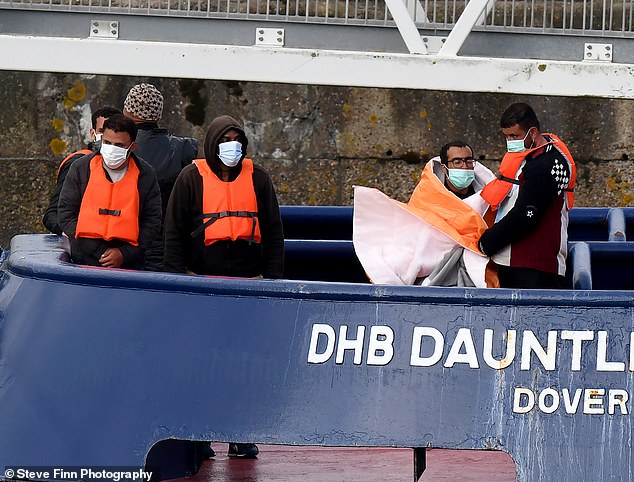 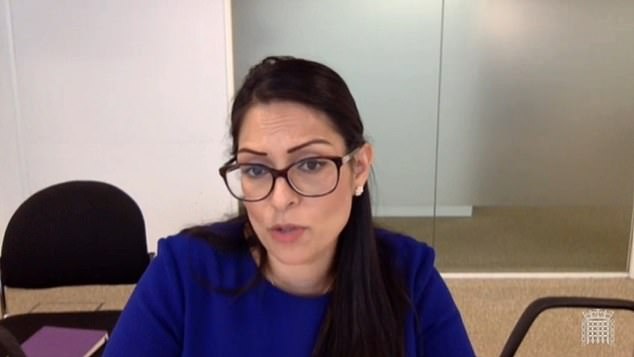 Speaking to the Home Affairs Committee this afternoon, Priti Patel said the number of migrants crossing into the UK is ‘unacceptably high’ 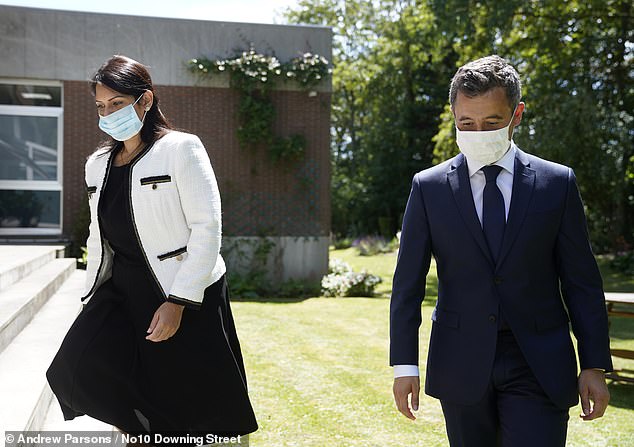 ‘The figures are unacceptable. We have a major, major problem with these small boats, the route itself.

‘I was in Calais on Sunday and I can tell you right now we want to end the viability of that route.

‘As of July 2nd there are 166 rivals with a Eurodac hit that are ready to be returned to Italy, Germany and France and we have already made return requests for a further 577 people that have come into the country this year alone.

‘I’ve seen French authorities clearing camps but all it is leading to is more displacement and we have also seen individuals that we have returned back to France, they will still try to come over again.

On Sunday, a record 180 migrants tried to cross the English Channel in small dinghies in 15 separate incidents.

On the same day, a further 200 people were prevented from making the treacherous 20 mile crossing by French authorities.

Ms Patel travelled to France on Sunday to strike a deal with its government to crack down on the ‘unacceptable’ crossings. 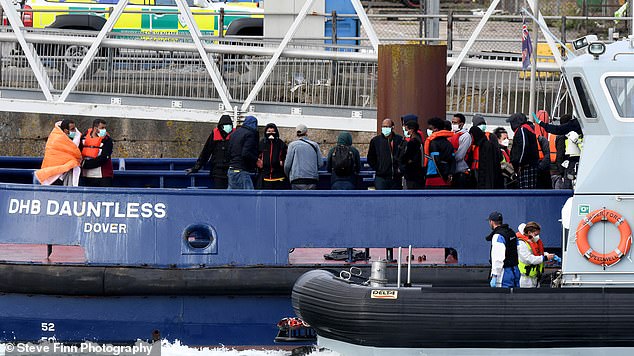 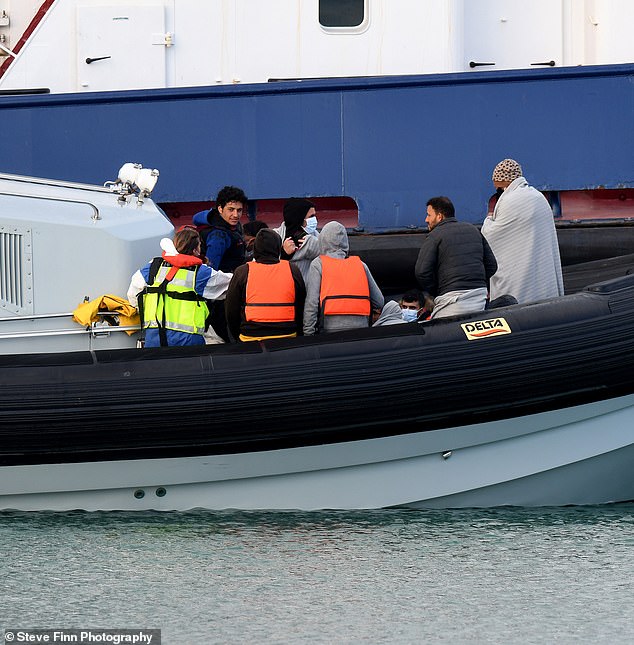 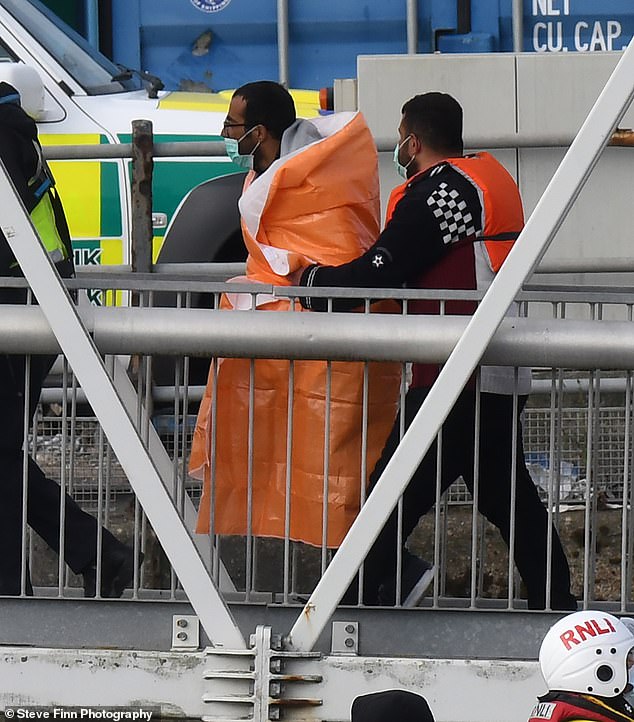 So far this year a total of 2,658 people have made the illegal Channel crossing this year with today’s figures yet to be made official

She said: ‘I have been in France today seeing first-hand the significant work undertaken on that side of the Channel to address the unacceptably high levels of small boats, alongside the efforts of Border Force and the National Crime Agency in the UK.

‘Today, I have signed an agreement with the French to create a joint intelligence cell which will crack down on the gangs behind this vile people smuggling operation and impressed on my French counterpart the need to stop these illegal crossings for the benefit of both our countries. This is the start of a new operational approach with the newly appointed French Interior Minister.’

But on Monday, 39 migrants were reportedly detained by Border Force officers in the Channel in four boats.

On Tuesday, the French coastguard said they had to rescue 11 men just over a mile off the Calais coast

They were alerted by the P&O cross-channel passenger ferry Spirit of France that the inflatable boat had got into difficulty in treacherous conditions at around 12pm.

The previous record for a single day was broken on June 3 this year when 166 migrants were detained in eight boats.

Last month, 702 refugees reached the UK on small boats – after 741 landed in May.

So far this year a total of 2,658 people have made the illegal Channel crossing this year with today’s figures yet to be made official.

There were migrant crossings on 16 days of last month – including eight days in a row from June 14.