Up to five people are ‘seriously injured’ after hit-and-run

Five people have been seriously injured following a hit and run in Manchester.

The car ploughed into a group of people around 9.49pm before driving off.

Greater Manchester Police have said there is no indication at present that the incident is terror related.

A Greater Manchester Police spokesperson said: ‘Officers are currently responding to a collision in Trafford. 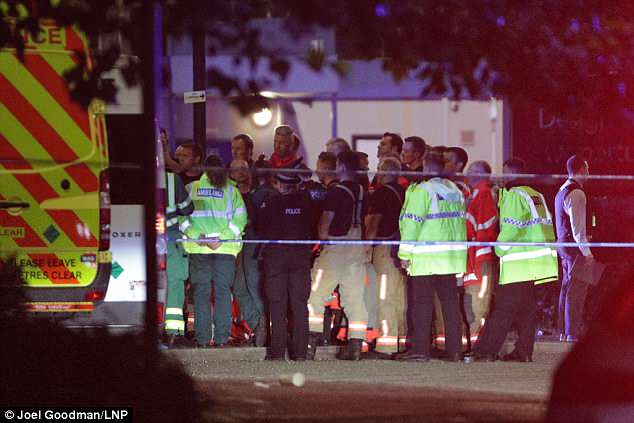 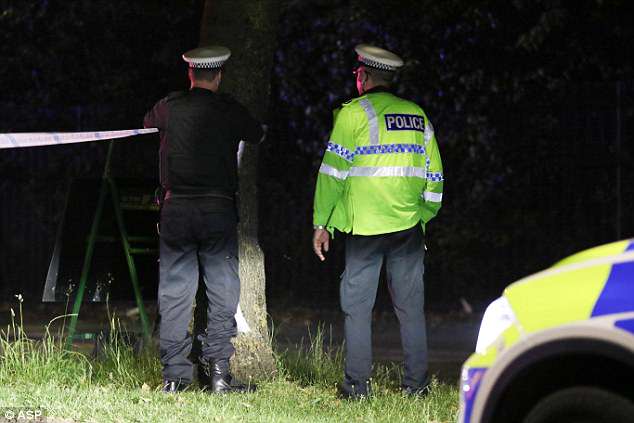 ‘At 9.50pm this evening, Thursday, May 31, police were called to Europa Way, Trafford Park to reports that a car had collided with a number of pedestrians.

‘Emergency services are at the scene and there are currently five reported injuries.

‘The car failed to stop at the scene and eqnuiries are ongoing to trace the vehicle.

‘There is no evidence to suggest that this is terrorism related at this stage.

According to the Manchester Evening News, a spokesperson for North West Ambulance Service said: ‘We were called at 9.49pm to reports of a collision between a car and pedestrians.

‘We currently have five patients, all in a serious condition.

‘We have four ambulances, an advanced paramedic, a senior clinician and three hazardous area response teams (HART) at the scene.’

Several roads in the area have been closed off as the search for the driver continues. 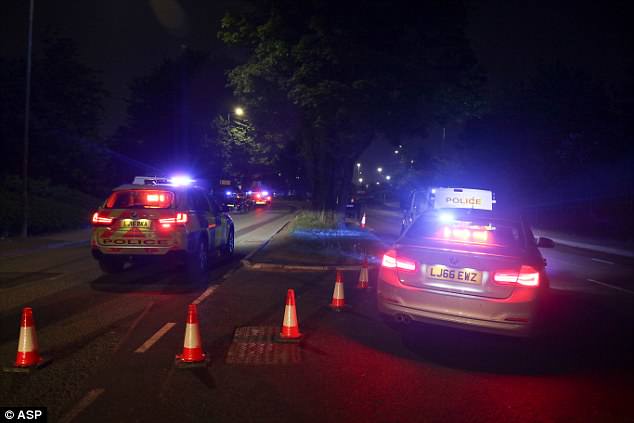 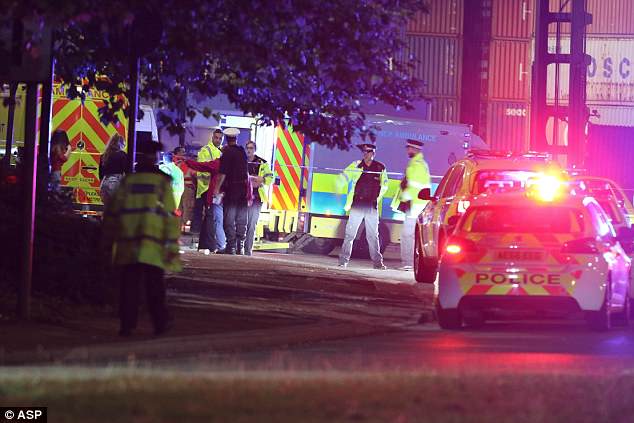