‘Upskirting’ barrister, 54, facing two years in jail after being caught on the tube

‘Upskirting’ barrister, 54, is first person prosecuted under new voyeurism law after he took photo of woman on the tube then filmed her going up stairs

Barrister Daren Timson-Hunt, 54, pictured yesterday outside Westminster Magistrates’ Court  is awaiting sentence after he admitted ‘upskirting’ a female passenger on the Northern Line at Embamkment station

A director of a primary school academy has become one of the first to be prosecuted for ‘upskirting’ on the Tube.

Trained barrister Daren Timson-Hunt, 54, hid his phone under his right leg to take a photo of a female passenger who was on her way to a job interview.

Timson-Hunt followed the woman after she got the Northern Line train at Embankment station, and waited at the bottom of the stairs.

He was spotted by a member of the public after taking his phone out of his pocket as the woman reached the top of the stairs shortly after 9.30am on 1 June.

Aaron McCallister, prosecuting, said: ‘The complainant was on the way to job interview when Timson-Hunt got his phone out and placed it under his right leg.

‘He was seen to slowly adjust it at camera height and similarly as the complainant got up at Embankment he was observed to go to the bottom of the stairs and wait until she was at the top to take his phone out.

‘A member of the public also noticed him.’

Timson-Hunt, of Stanford-Le-Hope, Thurrock, Essex, admitted operating equipment beneath the clothing of another person without consent under new upskirting laws.

The Voyeurism (Offences) Act 2019 received royal assent on February 12 this year and was implemented on April 12.

The offences are triable either way and carry a maximum of two year prison sentence, with the most serious put on the sex offenders register.

The charge in full states that the device was placed ‘beneath the clothing of another person with the intention of enabling you or a third person to observe the genitals, buttocks, or underwear covering the genitals or buttocks, of the other person in circumstances where they would not otherwise be visible, for the purpose of obtaining sexual gratification.

Nicholas Opston, defending, said Timson-Hunt lost his job as director of primary school Belmont Castle Academy, Essex, as a result of the case.

‘The defendant has lost his job as a result of these proceedings he’s been sacked summarily and he’s looking for work he’s living in London and has to be able to travel around on the Tube.’

Timson-Hunt was released on bail to be sentenced next week and ordered not to travel on London Underground except for pre-arranged solicitors or medical appointments or for job interviews. 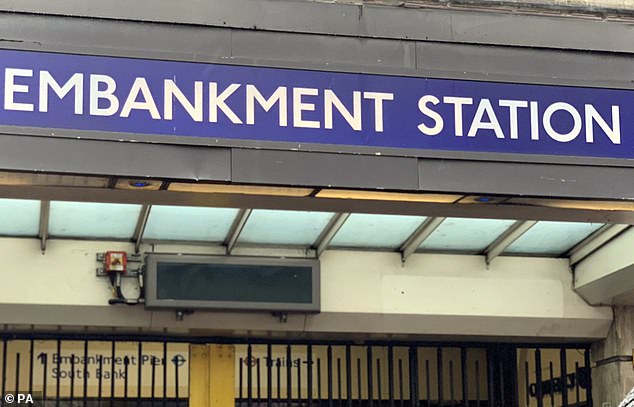 Timson-Hunt targeted the woman at Embankment Station, pictured. He has since lost his job as a director of Belmont Castle Academy primary school in Essex 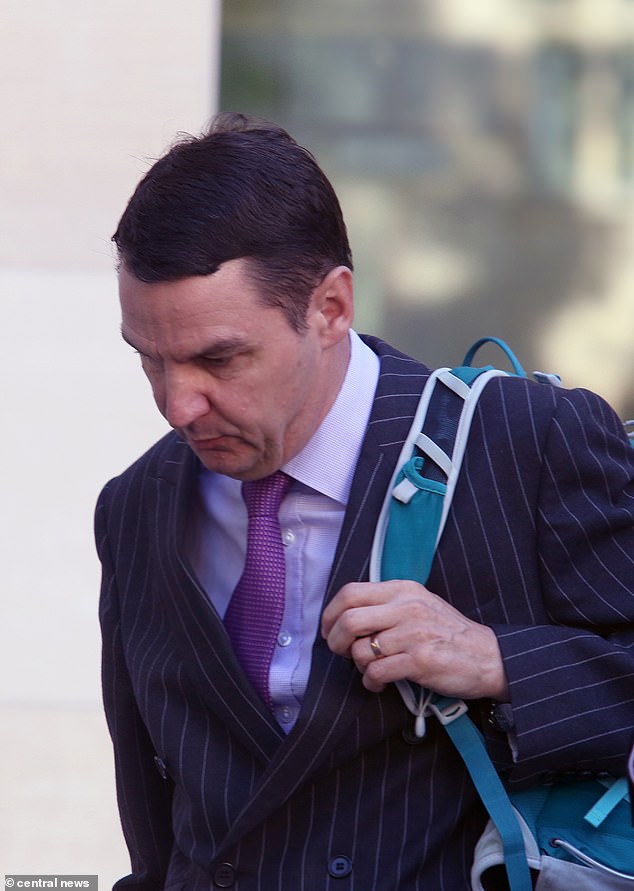 He was also banned from carrying a device capable of capturing an image or recording except for a laptop to be turned off and carried in a bag.

Chief Magistrate Sarah Houston told him: ‘Mr Timson-Hunt, this matter is too serious for us to sentence.

‘We’re going to ask for more information before doing so.

‘This means you will be interviewed by a probation officer in this building.

‘You will then comeback to court on September 26 to be sentenced.

‘Your bail conditions have changed slightly.

‘From now on you are not to travel on any London Underground network unless attending one of the following – a medical appointment, a pre-arranged meeting with a solicitor, a court hearing, or a job interview.

‘Second, you are not to have a device capturing an image or recording in any public place, with the exception of one work-related laptop which must be turned off and conveyed in a closed laptop bag.’

Timson-Hunt will return for sentence at Westminster Magistrates’ Court on September 26.