Upstairs, Downstairs star Nicola Pagett dies ‘suddenly’ at the age of 75 after battling a brain tumour

Upstairs, Downstairs star Nicola Pagett has died ‘suddenly’ at the age of 75 after battling a brain tumour.

The actress passed away on March 3 after ‘stoically dealing with her illness’, The Guardian reports.

Pagett, described as a ‘glacial, beautiful presence’ was best known for her role as Elizabeth Bellamy, the spoiled daughter of Richard and Lady Marjorie, in Upstairs, Downstairs in the 1970s.

Sad news: Upstairs, Downstairs star Nicola Pagett s died ‘suddenly’ at the age of 75 after battling a brain tumour (pictured as Elixabeth Bellamy in a still from the show in 1972)

The series followed the lives of the masters and servants living in a townhouse in Belgravia during the early 1900s.

The award-winning series saw Nicola’s character make the mistake of marrying poet Lawrence Kirbridge, who had no interest in sex, and her resulting affair with his publisher resulted in a child.

Nicola once said of the role: ‘There weren’t any stars really — that was the beauty of it. Everyone had an equal importance in the thing.

In fact, the Cairo-born actress left the show after two seasons so that she wasn’t typecast and moved to New York.

She went on to have a successful career on the small screen, starring as Elizabeth Fanshawe in Frankenstein: The True Story (1973).

She also played the lead role in a TV version of Anna Karenina in 1977 alongside Eric Porter as Karenin and Stuart Wilson as Vronsky. 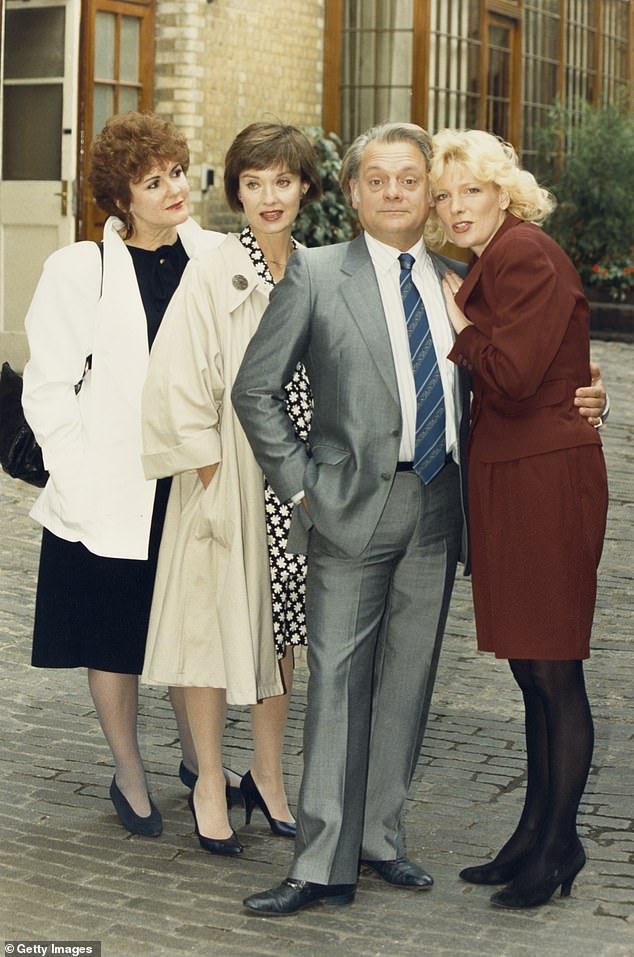 Iconic: From left to right, British actors Gwen Taylor, Pagett, David Jason and Diana Weston in A Bit Of A Do in 1989

The actress starred alongside David Jason and Diana Weston in A Bit Of A Do in 1989.

It was a British comedy-drama series based on the books by David Nobbs. It was produced by Yorkshire Television for two series and aired on ITV from 13 January to 1 December 1989.

The show was set in a fictional Yorkshire town and told the story of the changing lives of two families, the working-class Simcocks and the middle-class Rodenhursts.

She went on to have a successdful movie career, starring in There’s a Girl in My Soup, Operation: Daybreak and Mike Newell’s An Awfully Big Adventure, alongside Alan Rickman and Hugh Grant.

On the West End, she starred with Michael Gambon and Liv Ullmann in a 1985 revival of Harold Pinter’s Old Times after being directed by the playwright two years earlier in The Trojan War Will Not Take Place.

She also appeared in The Rehearsal and The Rules of the Game, and finally, Joe Orton’s black comedy What the Butler Saw with Richard Wilson and David Tennant in 1995. 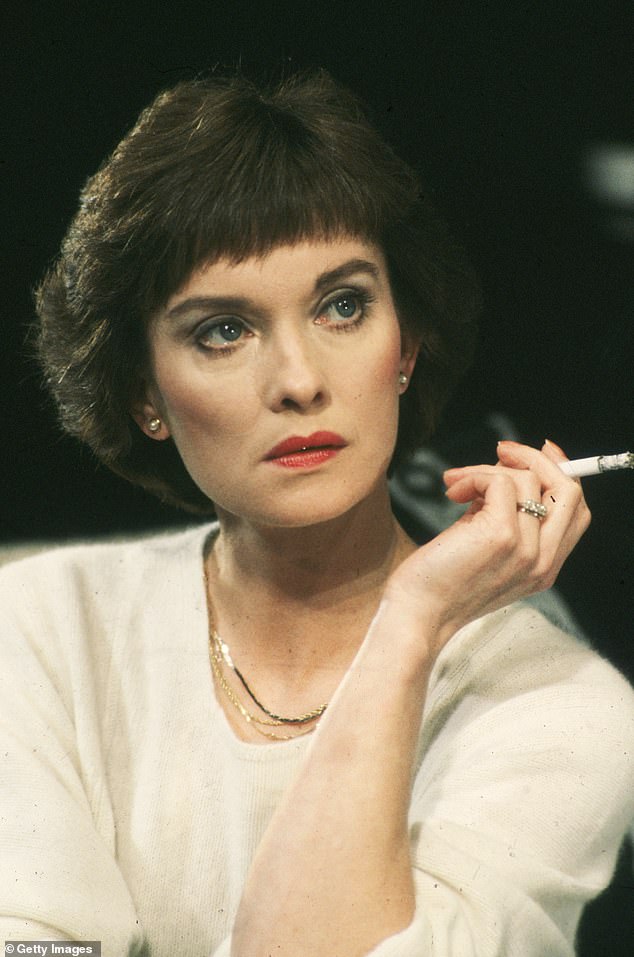 Treading the boards: Nicola  in a stage production of Old Times by Harold Pinter in 1985