Eerie footage has emerged of an urban explorer infiltrating the Paris catacombs where he has to clamber over piles of human bones.

A video by YouTuber Steve Ronin shows him and a friend exploring the underground tunnels beneath the French capital.

The remains of as many as six million people are believed to be buried along 200 miles of winding passageways below the streets of Paris.

The urban explorer, 23, from Boston, U.S.A, is filmed wading through areas of the underground network away from those reserved for tourists.

In the chilling video the pair are seen uncovering an underground cemetery and huge piles of bones.

They also stumble on a bizarre castle structure and graffiti is daubed on the walls where other people have been able to break in.

‘That’s crazy, how did they get stacked like this?’

His YouTube channel Exploring with Steve documents his adventures from all four corners of the globe.

Describing his decision to brave the catacombs, he says: ‘Exploring the craziest places in the world has always been my goal.

‘The Paris catacombs has been on my list for a long time, but I didn’t want to explore a normal tour where it’s pretty much renovated and maintained. I wanted to explore the real Paris Catacombs.

He added: ‘The catacombs are very different to anywhere else I’ve explored before. It’s a huge labyrinth with so much history. 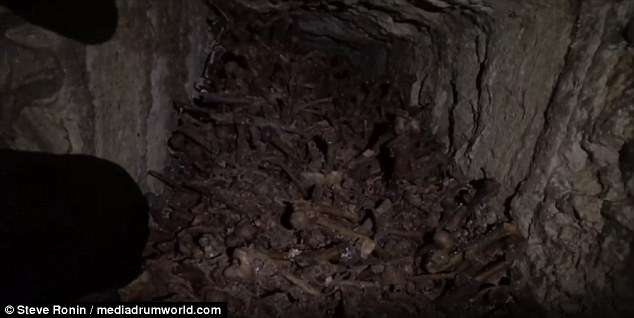 The network of passageways beneath Paris’s streets are full of bones, which the urban explorer and his friend have to clamber over

‘It also takes a lot out of you, and exploring the entire place would take seven hours. We pretty much explored all the rooms, though, so I didn’t miss any opportunities.

‘It’s a huge adrenaline rush, like going inside another world.

‘People always feel claustrophobic whenever they watch the video, but I hope everyone gets out there and does something like this.

‘I hope my adventures inspire you to just get out there.’

It is unclear whether the explorers were allowed to infiltrate the underground passageways out of hours. 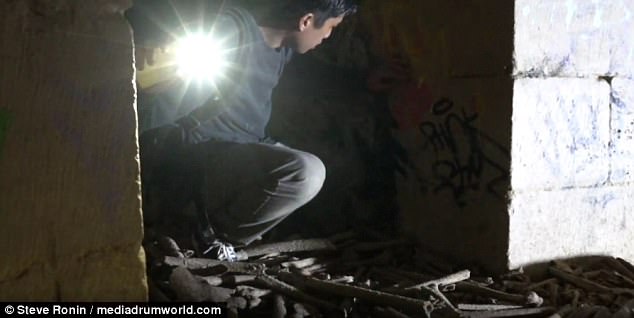 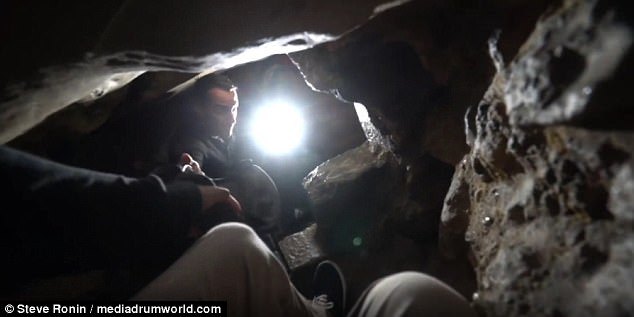 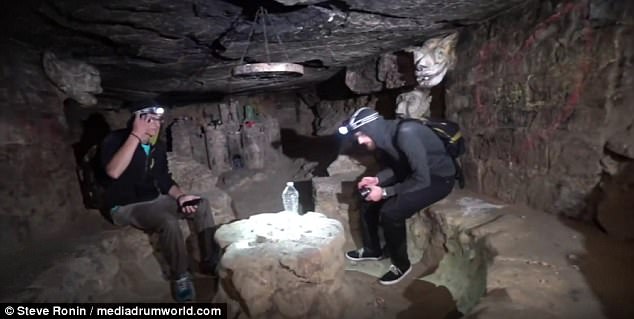 The explorer from the U.S.A. is heard saying: ‘I’m literally stepping on human bones right now. It blows my mind how old these human remains are and that they were once living people and that they had a life.’ 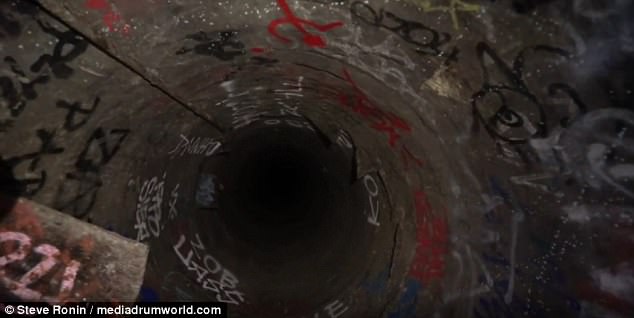 MailOnline has contacted the Parisian police and the Catacombs for comment.

The catacombs were first built in 1774 as a way of storing the ever-growing number of dead bodies from the city.

Paris’s cemeteries were at breaking point, with some of their walls physically bursting and contents spilling over into nearby properties.

A small section of the ossuary in Paris’s 14th arondissement has been open to the public since 1874.