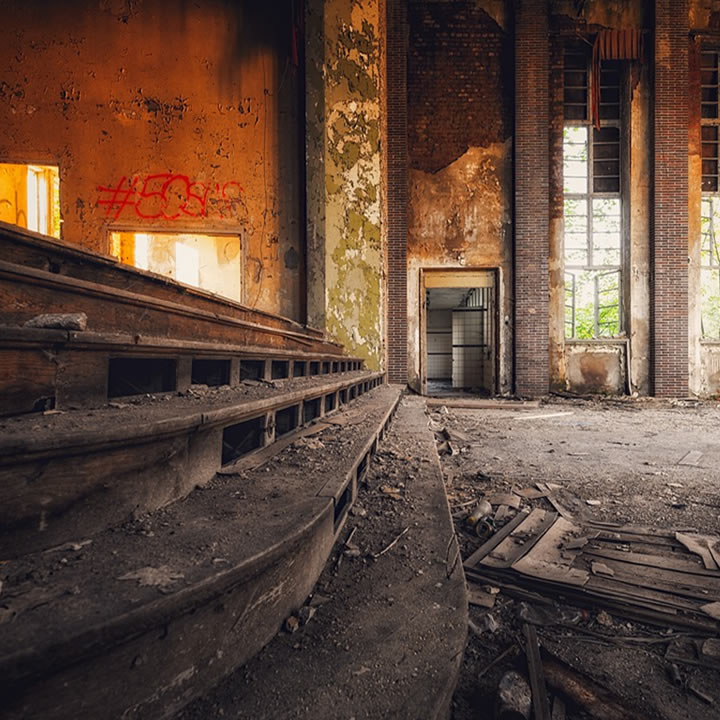 Urban exploration offers a fascinating insight into the long-ago lives of abandoned buildings. Providing a tantalizing glimpse of what lies beneath the dust and decay, it often reveals more than we might imagine.

While lots of buildings are left empty once their previous occupiers leave, others still contain traces of the lives that they were lived within them, including this abandoned bingo hall in Liverpool, UK. With pictures of its interior recently shared online, the eerie setting contains a number of fascinating clues as to its former purpose, from open cigarette packets left on tables to playing cards, abandoned mid-game.

The changing world of bingo

In 2020, bingo remains widely embraced. In fact, its popularity has grown exponentially in recent years, so that today it boasts a new and fresh audience. With its hallowed halls now filled by people of all ages, it’s experienced something of a renaissance.

However, the game has arguably metamorphosed, so that as well as playing at traditional venues, punters can also enjoy bingo online. This has helped to bring the pastime to a younger audience than previously, hugely growing the game’s demographic.

As a result, the average bingo player is now aged between 25 and 34, with a greater number of men involved too. The face of bingo has thus changed beyond recognition, making for a more inclusive, accessible, and exciting game than ever before.

This online pastime would almost certainly be unrecognizable to those who played at the abandoned hall shown in these pictures. While land-based play very much endures, a caller’s voice hasn’t rung out in this particular venue since 1998.

Located on the corner of Park Road and Dingle Lane in Liverpool, the grand building began its life as the Gaumont Cinema in 1937. Remaining in operation for three decades, it underwent a change of purpose in 1967, when it transformed into the Top Rank Bingo Club.

For thirty years after, it welcomed visitors through its doors, before shutting at the close of the 20th century. Though bought and resold many times during the intervening period, it eventually fell into disuse, resulting in its current state of dilapidation.

Indeed, the building seems largely undisturbed since the last time punters played bingo there. Old balls, posters, and playing cards remain strewn throughout the rooms, some still set up as if the players were forced to leave mid-game. An old setlist remains too, hand-written and drawn in felt pen. 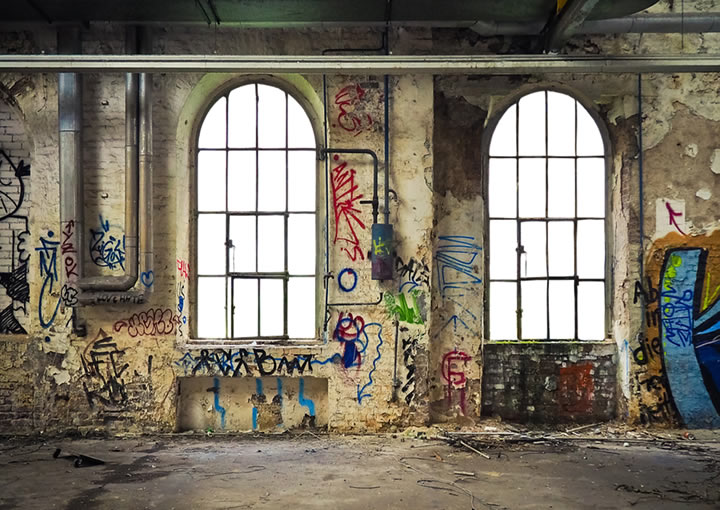 However, while the abandoned bingo hall acts as a time capsule of sorts, not all is undisturbed. The walls of the main auditorium are a patchwork of spray paint, with graffiti phrases scrawled across their surface.

Where cinema seats were once anchored to the floor and bingo tables lined up, there are only dust-covered piles of rubble. It’s a sad and poignant sight in a building that once welcomed over 1,000 viewers each night, yet interesting too. Everywhere, there are markers of the building’s former use, perfectly preserved in time.

What the building will be next is anyone’s guess. Purchased by an unknown bidder in 2017, its future remains shrouded in mystery, but we’d very much like to think that it might one day be restored to its former glory.