An urgent flooding alert has been issued for Sydney residents after a massive rain bomb brought a month’s worth of rain to the city in less than a day.

Torrential rain, flash flooding, landslides, damaging winds and power outages are all threatening to devastate Sydney and NSW residents are being warned the current bout of wet weather hitting the east coast is only going to get even worse.

There are also fears of a dam spill with significant spills from the Warragamba Dam possible over the coming days, according to officials.

In the 24 hours to 9am Saturday, the Illawarra district of NSW was hit by its heaviest bout of July rainfall since 1904. Foxground recorded 215mm of rain, Albion Park 171mm and Kiama 163mm.

Residents in the Sydney and Illawarra regions were previously warned flash flooding is ‘essentially guaranteed’ with three months’ worth of rain to fall in the next five days.

The Bureau of Meteorology issued a severe weather alert for metropolitan Sydney, Illawarra and parts of the South Coast, Central Tablelands and Southern Tablelands on Saturday morning.

Three flood rescues have already been performed in NSW since Friday, with people along parts of the Hawkesbury River being warned they face a major flood risk. 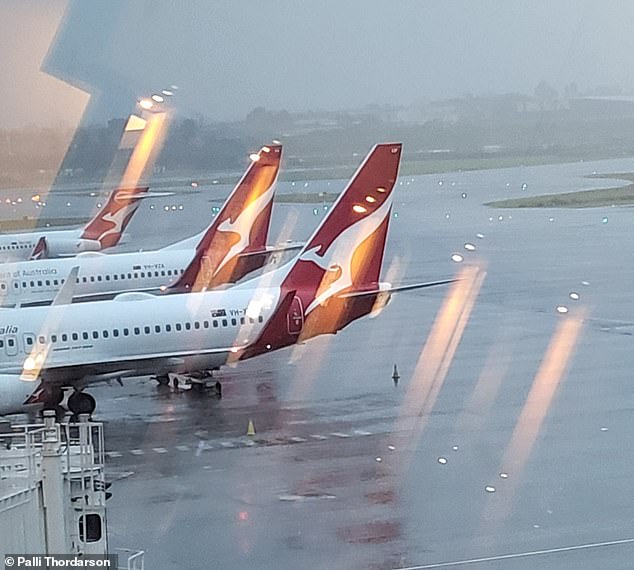 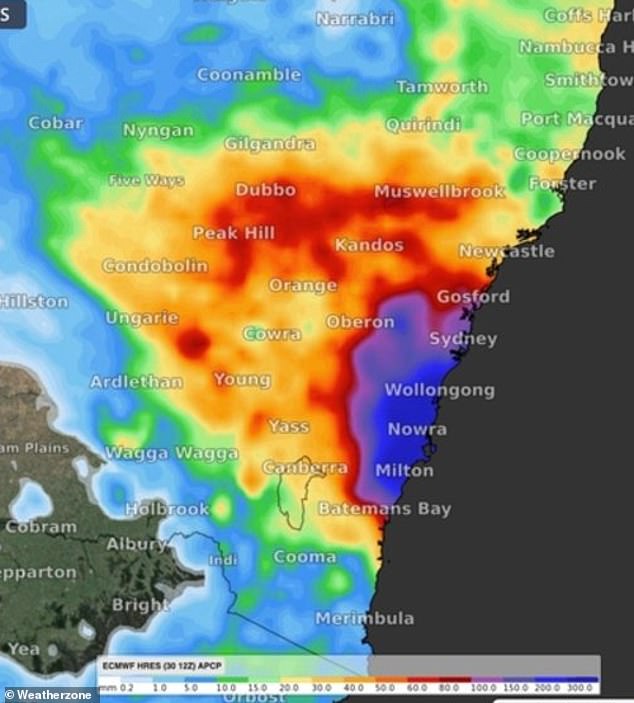 The Bureau of Meteorology issued a severe weather alert for metropolitan Sydney, Illawarra and parts of the South Coast, Central Tablelands and Southern Tablelands on Saturday morning

Two Australian Defence Force helicopters will be available to assist with rescues as areas of the state brace for intense rainfall and possible flooding.

‘I want to assure people that the federal government … is 100 per cent prepared for what might lie ahead,’ Senator Watt said from Brisbane on Saturday.

‘One of the things that we’ve learned over the last couple of years is that when we don’t have a federal government that takes responsibility and isn’t proactive, bad things can happen.’

NSW SES Commissioner Carlene York advised that people in flood-prone areas should prepare their evacuation kits should not wait for evacuation orders to leave.

‘We are all waiting nervously to see what eventuates,’ she said on Saturday, adding she remained confident emergency services were prepared for what was coming.

The Bureau of Meteorology’s Jane Golding said there would be a ‘deterioration’ of weather overnight, with a risk of flash flooding and landslips.

‘The rainfall rates will increase,’ she said.

‘We’ll start to see the wind increase as well. We’ll see the seas whipped up and we’ll see the rivers respond to the rain that’s falling.’ 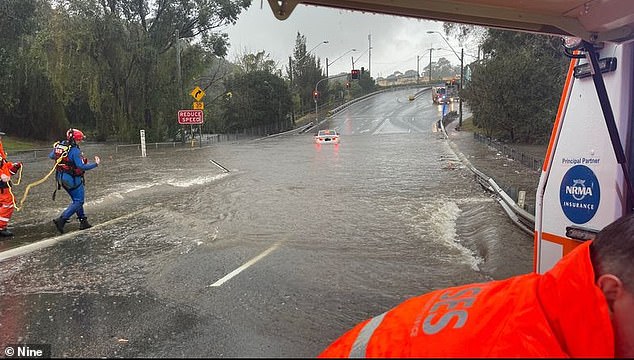 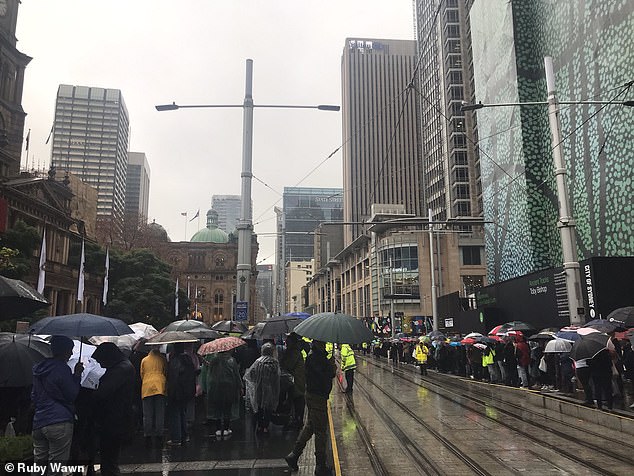 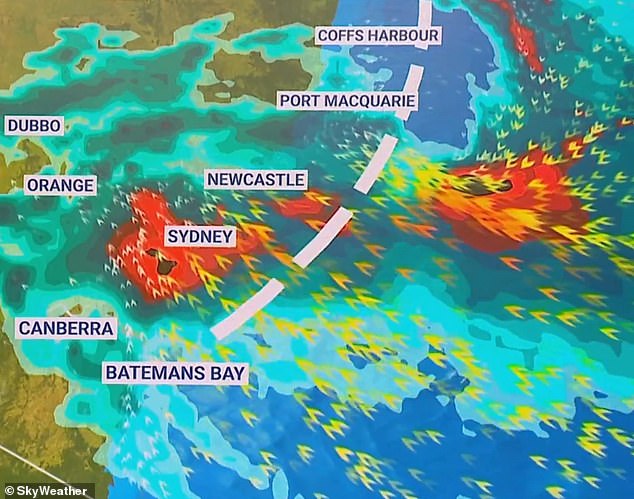 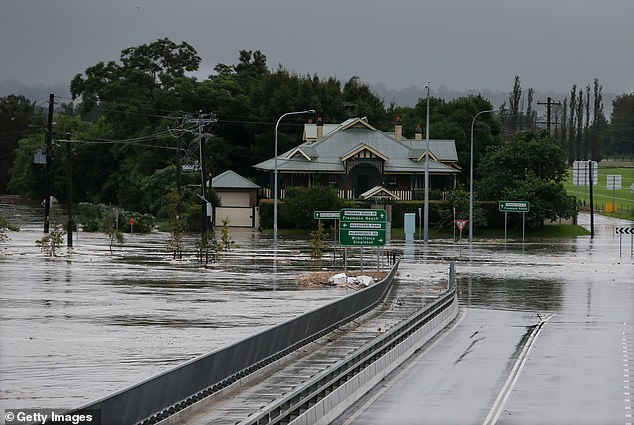 The weather system comes on the first weekend of school holidays in the state, and drivers are being urged to take extreme caution.

‘We know floodwater is extremely dangerous, especially for drivers. If the road is flooded, turn around and find another way,’ Transport for NSW’s Roger Weeks said.

Routes in and out of Sydney are likely to have congestion, with heavy traffic expected at known pinch-points, particularly around the airport.

The Bureau of Meteorology said the system may develop on Sunday or Monday, prolonging the persistent rain into next week.

Flooding is possible for the Hunter, Central Coast, the Greater Sydney region and the South Coast from Saturday, with flood watches in place for catchments between Newcastle and Batemans Bay, including Sydney and the Illawarra.

Also at risk are the Upper and Lower Nepean and Hawkesbury rivers.

‘Residents living between Port Stephens and Batemans Bay, including Sydney and the Illawarra, are likely to see multiple days of heavy rainfall that will lead to flash and riverine flooding,’ meteorologist Dean Narramore said. 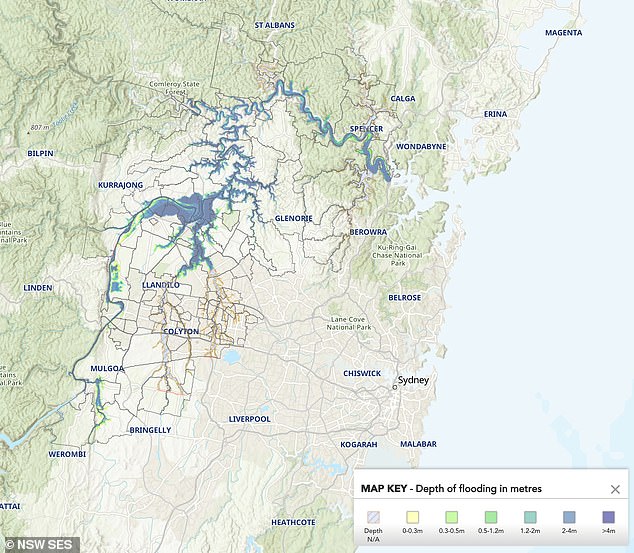 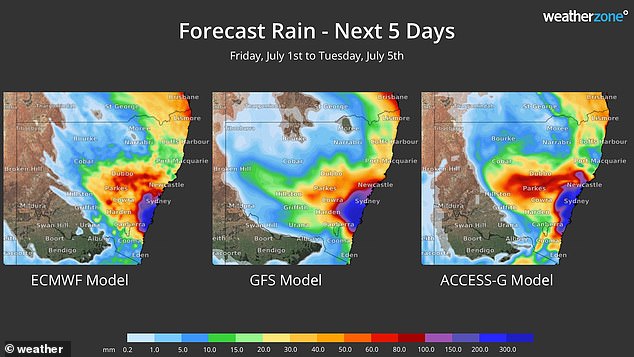 Catchments around the Hawkesbury Nepean River have been flagged as at risk of major flooding.

‘With people wanting to travel for the school holidays, we are urging people to review their plan. Make sure that they are able to go get to the destination, how they are going to get there and if it is safe to go,’ he told Daily Mail Australia. 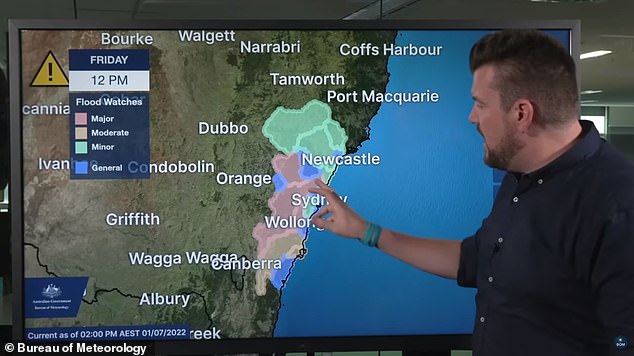 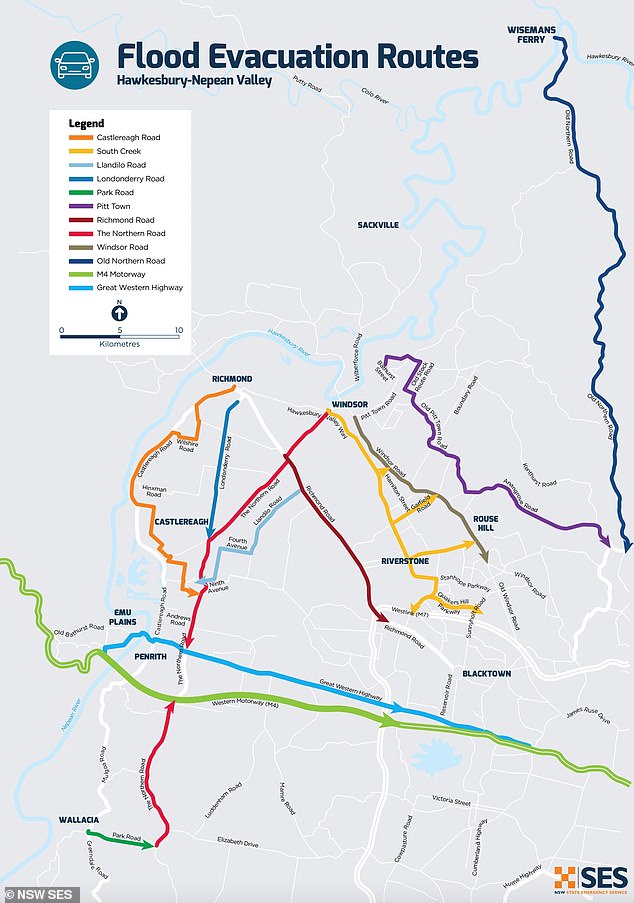 ‘For the people that have travelled already or still plan to, when you arrive talk to the family that you are staying with or the staff of where you are staying.

‘Find out from there what emergency plan is, be informed and be sure that you know what to do and where to go at your holiday destination.

‘As people are travelling, we want people to make smart, safe decisions. If you find flood water, stop, turn around and find another way.

‘Driving through flood water isn’t worth the risk to you or the people in the car.’