Australian consumers are being urged to stop using five popular sun safety creams which have been urgently recalled over cancer fears.

There are concerns the five products may have had Benzene, a potential cancer-causing ingredient, unintentionally added during manufacturing, Product Safety Australia said.

Four of the products were made by two major brands – the Cancer Council and Nivea – and were sold across Australia in hundreds of supermarkets, grocery stores and pharmacies and online.

Two of the Cancer Council’s sensitive sunscreen SPF 50+ products, including the 110ml tube and the 200ml pump pack, were officially recalled for this reason. 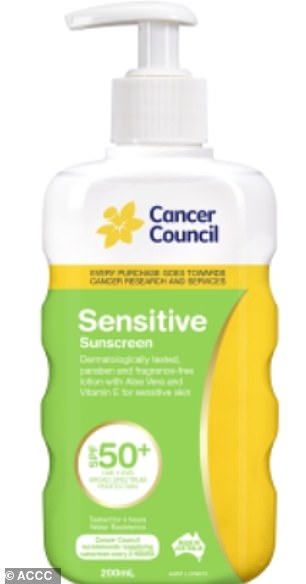 The affected batch number for the tube sunscreen is 1103178, while for the pump bottle the batch number to look out for is 1099751.

Two of Nivea’s sun protect and moisture sunscreen lotions are also affected by the same concerns.

Nivea’s SPF 30, 200ml bottle of sun protect and moisture cream and the SPF 50+ 65ML roll-on have also been recalled urgently.

The batch number was 1102889 and the product was for sale at Coles, Hawthorn East in Victoria.

‘Benzene is classified as a carcinogen (a substance that could potentially cause cancer),’ a statement from Product Safety Australia said.

‘Exposure to benzene can be linked to adverse health effects depending on the level and duration of exposure.’ 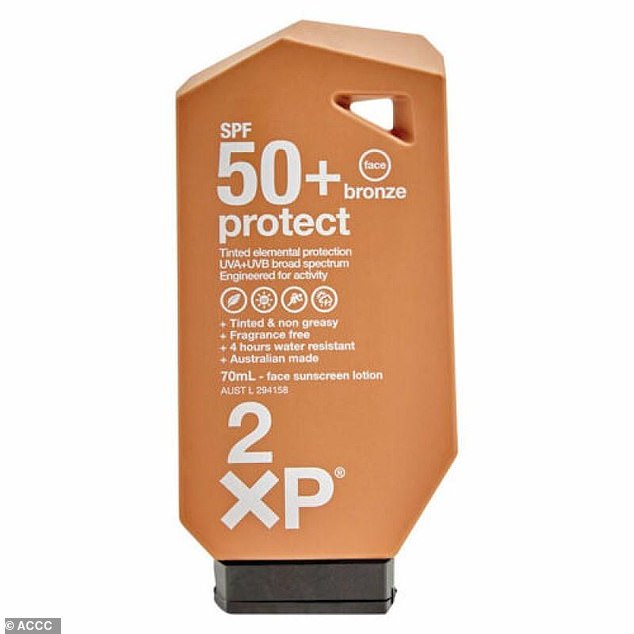 2XP’s SPF 50+ protect lotion, with the batch number was 1102889 was recalled. It was sold at Coles, Hawthorn East in Victoria

Consumers who bought the Cancer Council sunscreens are urged to contact the manufacturer, Vitality Brands Worldwide, for a refund.

People who bought the Nivea product can go to the company’s website to find out about refunds.