A dangerous tick-borne disease fatal to dogs may have gone undetected in Australia for years, a leading vet has warned.

A recent outbreak of ehrlichiosis among dogs across the Northern Territory and Western Australia prompted the urgent warning on Thursday.

‘All dog owners are strongly encouraged to have their dogs on a tick control program,’ a government statement read.

Northern Territory’s Chief Veterinary Officer Dr Sue Fitzpatrick has urged pet owners to check their dogs after a recent outbreak of the exotic tick-borne disease, ehrlichiosis, was found in Australia (dogs pictured in the Northern Territory) 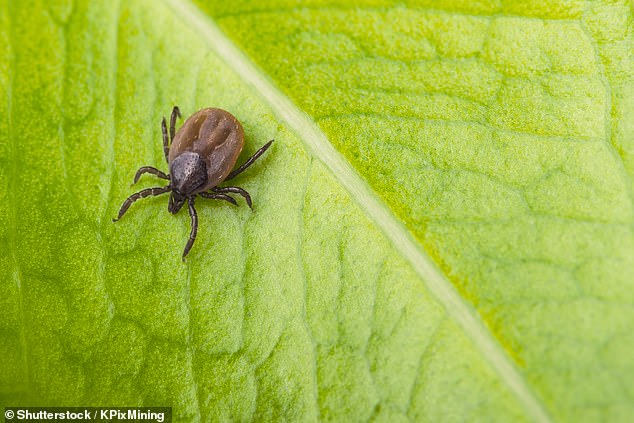 ‘Regularly check dogs for ticks, and be on the lookout for signs of the disease.’

NT Chief Veterinary Officer Dr Sue Fitzpatrick said ehrlichiosis had been found in five dogs in the territory and a small number in Western Australia.

The illness, which originated in South Africa in the 19th century, is caused by the bacterium, Ehrlichia canis, mostly transmitted to canines by the brown dog tick.

However many of the symptoms are the same as those from more common tick-borne diseases which complicates the diagnosis.

‘The difference with ehrlichiosis is we’re seeing some bleeding disorders, such as nose bleeds, or sore eyes and the eyes can go a little bit cloudy,’ Dr Fitzpatrick said.

Fears the exotic-disease may have gone undetected for years came after a cluster of dogs in Halls Creek and Kununurra, Western Australia, were diagnosed in May.

Department of Primary Industries Chief veterinary officer Michelle Rodan told ABC News they were stumped as to how the disease got to the area. 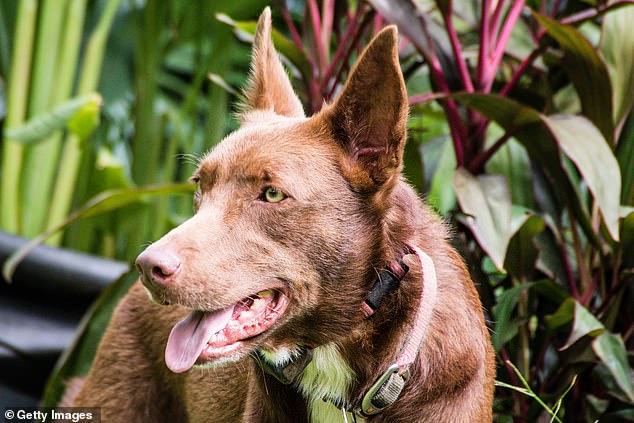 ‘We haven’t detected what the original source is … any dog that entered Australia which is infected and has been bitten by a tick could be a source of the outbreak,’ she said.

‘Once it’s in the tick population, it’s very difficult to control. So the first stage is defining how widespread the distribution is.’

The Northern Territory Government has launched a community awareness campaign and is working with veterinarians to co-ordinate surveillance for the disease.

The disease was widely tested for at the start of the century and the results at the time seemed conclusive.

A 2001 study published in the Australian Veterinary Journal tested 316 dogs from Western Australia to Queensland and found no evidence of ehrlichiosis.

‘Northern Australia would appear to remain free of this obligate parasite,’ the study concluded at the time.

Ehrlichiosis is a nationally notifiable disease, so owners must report to a local vet if they suspect their dog has the illness.

TO PROTECT YOUR DOG FROM EHRLICHIOSIS

Have your dogs on a tick control program

Take particular care when bush-walking with your dog

Inspect your dogs daily for ticks, especially if they have been in a tick-infested areas. Run your fingers through your pet’s coat over their skin, feeling for abnormal bumps. Pay particular attention to the head and neck, chest, between their toes and around their mouths and gums

Be on the lookout for signs of ehrlichiosis, such as fever, lethargy and appetite loss.