A simple urine test designed to detect bladder cancer could spare patients an invasive procedure while also saving the NHS millions of pounds.

The disease strikes about 10,000 people a year in the UK, and in ten per cent of victims it will already have spread outside the bladder at diagnosis.

For most people, an early sign is blood in the urine – but many also have recurrent infections, and may suffer urgency and irritation when they urinate.

The new test, called UroMark, can be performed at a GP surgery. Patients simply provide a urine sample that the GP sends to a specialist laboratory

At present, people suspected of having bladder cancer undergo a cystoscopy, where a camera inside a thin, flexible tube is passed into the bladder via the urethra. However, the procedure, performed under local anaesthetic, can cause discomfort – and there is a five per cent chance of a urine infection afterwards.

The new test, called UroMark, can be performed at a GP surgery. Patients simply provide a urine sample that the GP sends to a specialist laboratory.

Developed by researchers at University College London, UroMark can detect bladder cancer in 98 per cent of cases, a figure equivalent to the results of cystoscopies. It works by examining 150 markers found in urine that are specific to bladder cancer.

Previous tests were able to detect only two or three, and so picked up only 70 per cent of patients with the disease.

The scientists responsible for UroMark believe that it could save the NHS about £25 million a year by doing away with the need for cystoscopies.

‘This is the first test to diagnose bladder cancer with a high degree of accuracy, and so is a game-changer,’ says Dr Andy Feber, senior research scientist at UCL and part of the team developing UroMark. 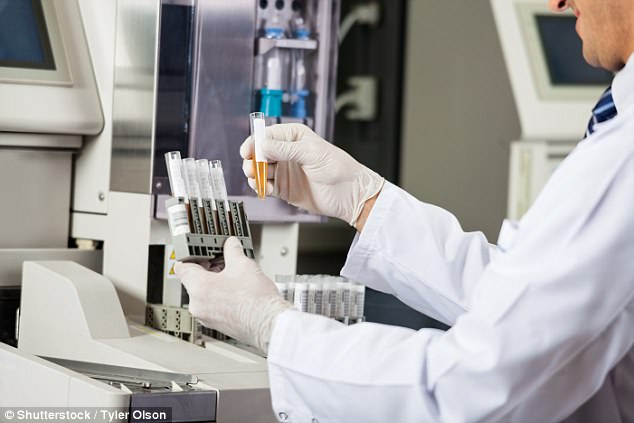 It’s also hoped the urine test will detect cancer at an earlier stage.

‘Patients, particularly women, are often diagnosed late with bladder cancer and often have to visit a GP several times with symptoms before detection, so they are harder to treat and the outcome is worse,’ says Professor John Kelly, professor of urology and consultant urologist at University College London who is also on the UroMark development team.

‘While treatment of bladder cancer has improved, survival has not because many cancers are detected late,’ he says.

‘Having this test available to GPs will mean that patients can be tested at an early stage to rule out bladder cancer.’