Colombia beat Uruguay 4-2 on penalties after a tense 0-0 draw in their Copa America quarter-final on Saturday to move into a last four.

Colombia, who have won this title only once back in 2001, will take on the winner of Saturday’s later quarter-final between Argentina and Ecuador. Hosts Brazil face Peru in the other semi-final. 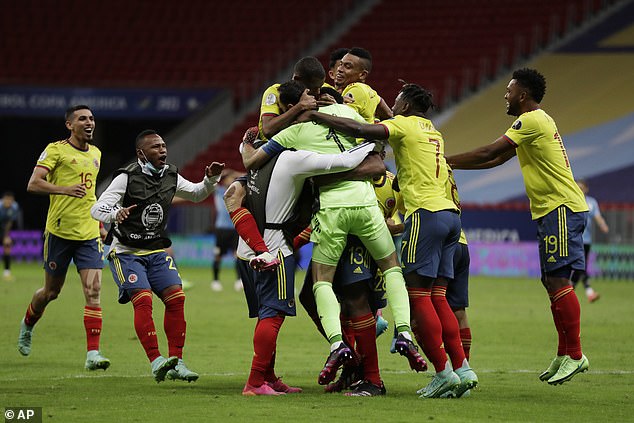 Colombia bagged all four of their penalties, with the former Arsenal stopper saving four

In a tense match, Uruguay had the first real chance after 42 minutes when Edinson Cavani was denied a shot on goal by a superb sliding tackle by Yerry Mina.

Fede Valverde tried to pick out the Manchester United star in the penalty area but Mina, the Everton defender, took the ball away from the veteran forward with a perfectly timed challenge.

Colombia also had a chance to take the lead before the break but Duvan Zapata’s shot was well-saved by Fernando Muslera in the Uruguay goal. 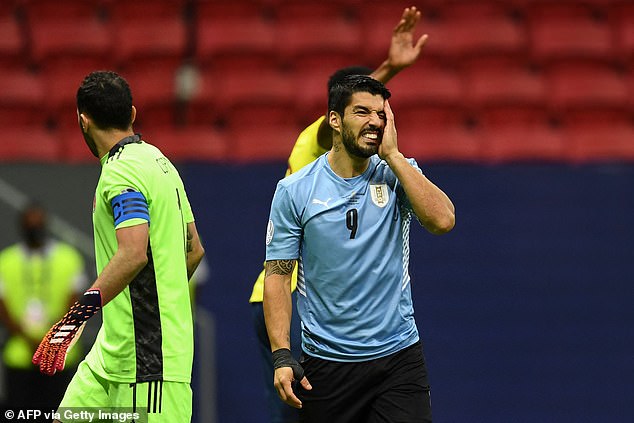 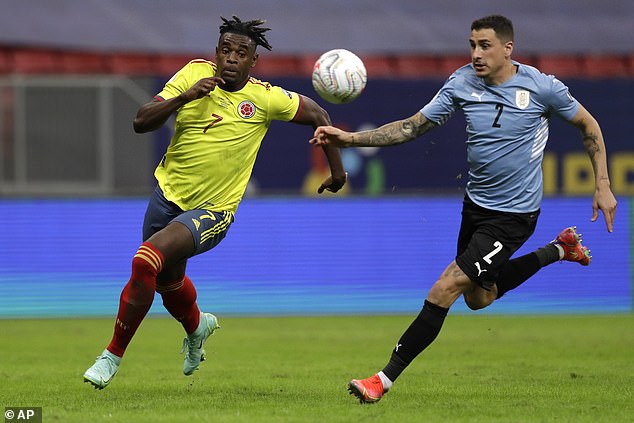 Uruguay’s Nahitan Nandez and Zapata both came close to breaking the deadlock after the interval but neither could convert their chances as the game went straight to penalties.

Luis Suarez and Cavani both converted their spot kicks, as did Colombian quartet Zapata, Davinson Sanchez, Mina and Miguel Borjaut.

However, Ospina kept Gimenez and Vina out from 12 yards to secure Colombia’s place in the semi-finals.