By Amitai Winehouse For Mailonline and Reuters

There was nothing but pride at stake for Uruguay as they beat Jamaica, but their two goals ensured they did not leave their trip to the United States empty handed.

It took only 21 minutes for Abel Hernandez to send his nation on their way to their first victory at the Copa America Centenario, firing a close-range strike into the back of the net.

One of the pre-tournament favourites, Uruguay had struggled to put together any sort of fluidity in their opening two ties. Without Luis Suarez they were already eliminated before a ball was kicked on Monday night. It was symbolic that their second came from an own goal. 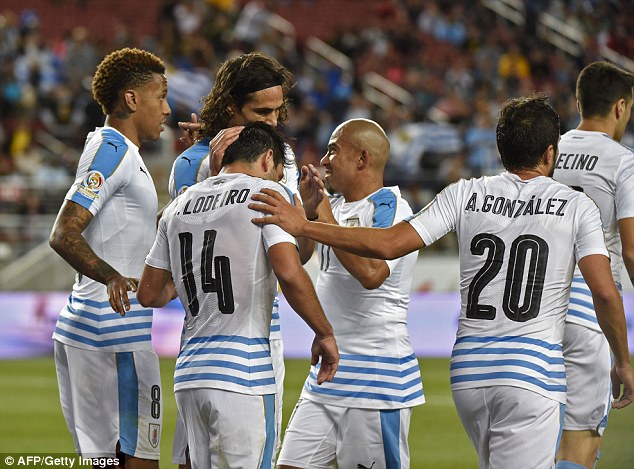 Both teams were ruled out of contention for the knockout stages after losses in their first two games.

Mexico had clinched Group C and advanced to the quarter-finals after drawing with Venezuela on Monday.

Their opponents also progressed, although not in the top spot they had hoped for after taking an early lead in Monday’s game.

Against Jamaica, Uruguay took their first lead of the 2016 tournament in the 21st minute.

Nicolas Lodeiro slid a through ball between two defenders and Hernandez powered a shot into the top of the goal. It was just Uruguay’s second goal of the tournament.

Uruguay went 2-0 ahead in the 66th minute courtesy of Je-Vaughn Watson’s own goal. Hernandez’s errant one-touch shot in front of the goal ricocheted off Watson’s right hand into the goal. 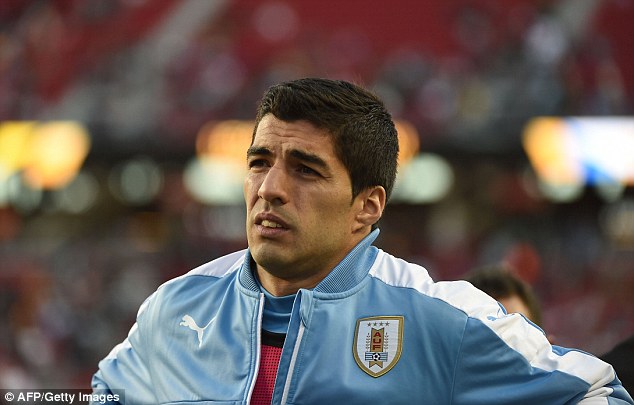 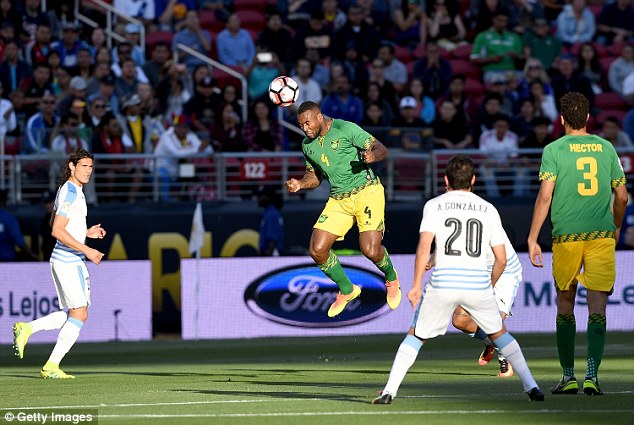 In the 88th minute, Corujo raced to win a glancing header from a long goal kick.

He then advanced on goal before slotting past Jamaica goalkeeper Andre Blake, firing into the bottom left-hand corner of the net.

At the final whistle, Jamaica were left as the only team in the Copa America Centenario that had not scored a single goal in any of their matches. With their elimination, that blemish will stand on their record for the 2016 edition of the competition. 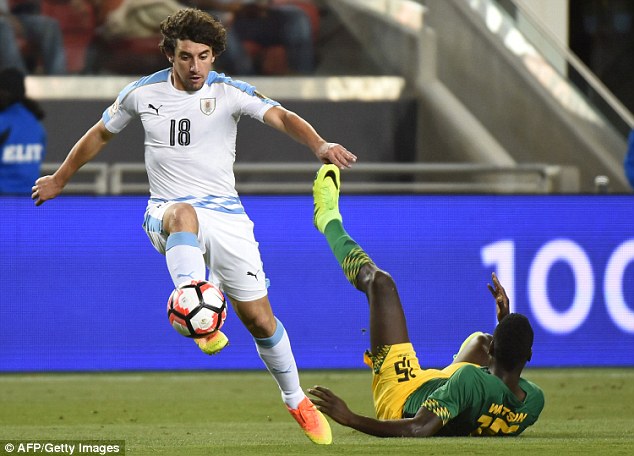