US and Sounders striker Clint Dempsey retires from soccer

In a statement issued by the Sounders, the 35-year-old Dempsey said he believes it’s the right time to call it quits after playing soccer professionally for 15 years.

‘After a lot of thought, my family and I have decided that this is the right time for me to step away from the game,’ Dempsey said. ‘I’d like to thank all of the teammates, coaches and support staff that I’ve worked with throughout my career. It has always been my dream to make it as a pro.

‘I’m grateful to have been on this ride,’ he continued. ‘I would like to thank all of the fans who have supported me throughout my career with the New England Revolution, Fulham, Tottenham, Seattle Sounders and the U.S. Men’s National Team.

In this June 16, 2014, file photo, United States’ Clint Dempsey celebrates after scoring the opening goal during the group G World Cup soccer match between Ghana and the U.S. 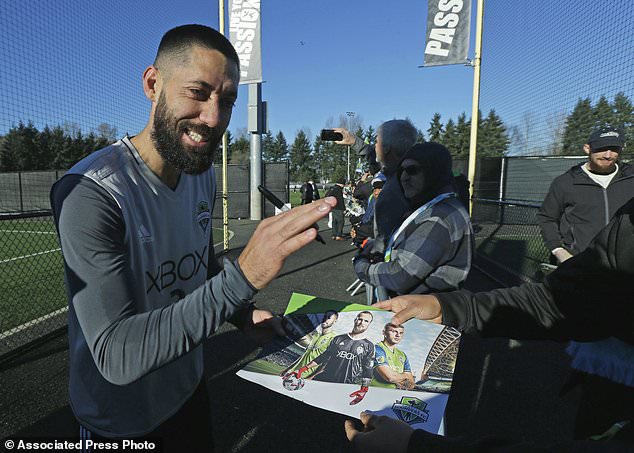 ‘Y’all have always made me feel at home, and it is something that I will always remember.’

Dempsey is tied with Landon Donovan as the greatest U.S. goal scorer, scoring 57 international goals in 141 appearances. He captained the U.S. in the 2014 World Cup in Brazil when the Americans reached the knockout stage before losing to Belgium in the round of 16.

Dempsey had a decorated career overseas in England, most notably with Fulham, before returning to MLS in 2013 with the Sounders. He missed the second half of the 2016 season with a heart condition that put his career in jeopardy, but returned to Seattle the next season after being cleared by doctors.

Dempsey was the MLS Comeback Player of the Year last season when he again became the leading scorer for the Sounders and reclaimed a place on the U.S. national team.

Dempsey’s role with the Sounders this season has decreased as the year has gone on and Seattle has made roster additions. He had just one goal in 14 games this season for Seattle and had been sidelined with a back injury. Dempsey’s last game was July 25, when he played 11 minutes as a sub against San Jose.

‘Clint Dempsey has been one of the most impactful players in the history of the sport in our country,’ MLS commissioner Don Garber said. ‘From his early success with the New England Revolution to his achievements both as a top player in the English Premier League and for the U.S. Men’s National Team, Clint showed us that there are no limits for an American player.

‘His decision to sign with the Sounders in 2013 in the prime of his career sent a message to the global soccer community that MLS was a league on the rise.’ 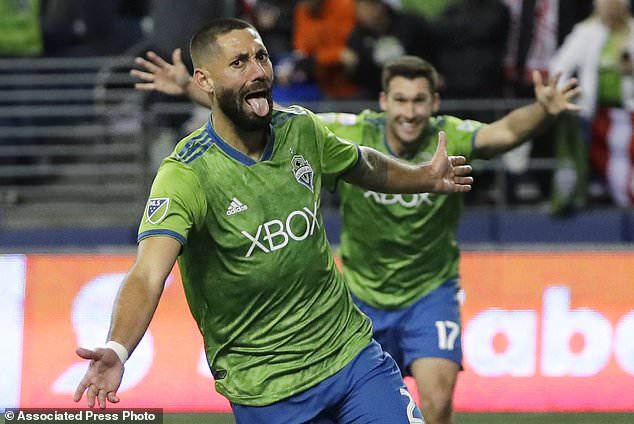