Suggestive messages sent by an US Army general to the wife of an enlisted subordinate has led the military to open an investigation into the high-ranking career officer.

Private Facebook communications sent by Maj. Gen. Joseph Harrington, who is in charge of US forces in Africa and is based in Italy, range from flattering to flirtatious, according to USA Today.

In one instance, Harrington writes that the woman is a ‘HOTTIE’ and ‘looking good for sure,’ in reference to her appearance.

‘You seem to have a great modeling resume! Truly! Though I hadn’t noticed! Where is your hubby tonight? Work?,’ the general wrote in another series of messages.

Harrington also told the woman that ‘U can be my nurse,’ and added, ‘I’d enjoy being in a tent with U.’ 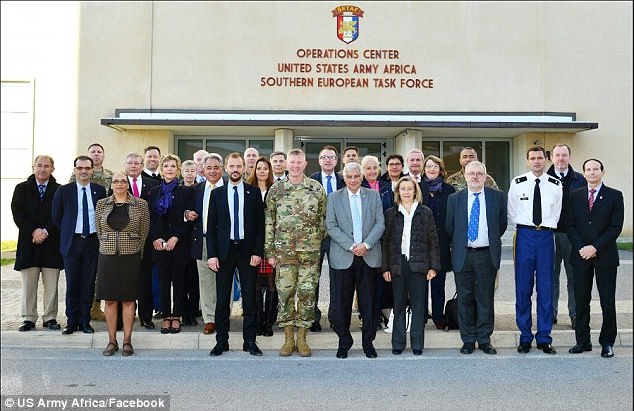 Another series of message even requests from the woman, who asked to remain anonymous for fear that her husband may be the target of retaliation, that she delete them, an indication that Harrington was aware he was violating military ethical standards.

Harrington is a two-star major general who took over the African command in February 2016. The woman was born in Europe and is married to an American soldier.

An expert on military jurisprudence told USA Today that military law, which is more strict than civilian law, bars adultery and other offences ‘unbecoming of an officer’. 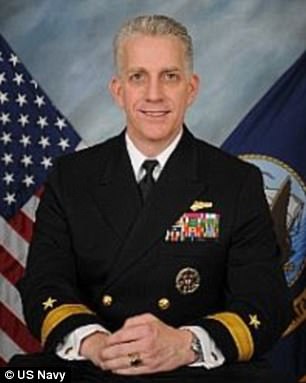 Rear Adm. Bruce Loveless has been indicted on federal charges in a wide-ranging Navy bribery scandal

‘With all the attention we have paid to improper relationships in the military, he just didn’t care,’ said Don Christensen, a former chief prosecutor for the Air Force.

‘He should lose his command over this. It’s probably time for him to retire.’

The probe was launched after USA Today earlier this year published a series of messages Harrington had written to the woman.

The woman told USA Today that the messages were initially innocuous and mundane, but over time began to cross ethical boundaries.

Christensen said the most concerning pieces of evidence to military prosecutors will be the messages that tacitly convey that the general was aware that his communications are inappropriate.

In one exchange, for instance, Harrington writes to the married European: ‘I hope u delete this exchange!’ and ‘Why not delete after communicating?’

‘By asking her to delete the exchanges, he seems to know it wasn’t appropriate to be involved with the wife of an enlisted man in his command,’ Christensen said.

According to USA Today, this is just the latest scandal concerning high-ranking military officials in a string of recent incidents. 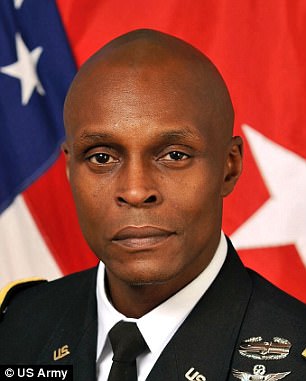 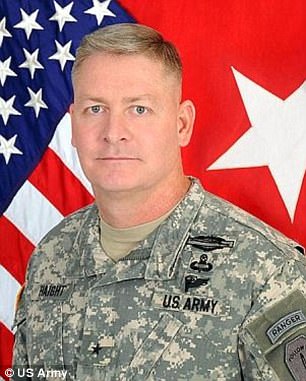 Lt. Gen. Ron Lewis (left) was relieved from his post as a top assistant to Secretary of Defense Ash Carter in 2015. Army Maj. Gen. David Haight (right) was disciplined by the military for maintaining an 11-year affair and a ‘swinger lifestyle’

Last year, the military was forced to discipline Army Maj. Gen. David Haight, who maintained an 11-year affair and a ‘swinger lifestyle’ of swapping sexual partners.

Harrington’s messages, however, do not rise to the bar of Rear Adm. Bruce Loveless, who was indicted on federal charges in a wide-ranging Navy bribery scandal which accuses him of imbibing expensive champagne and using prostitutes.