Sen. Ted Cruz warned the Texas GOP State Convention if the Democrats win the Lone Star State both the White House and the Senate are gone.

‘If the Democrats win Texas it’s all over,’ Cruz said by video to virtual convention attendees. ‘Texas is the single biggest target for the left in 2020, politically speaking. There are 38 electoral votes at stake. There’s a U.S. Senate seat at stake. And Texas is the key to national domination for years to come,’ the Texas Republican pointed out, in the video address he posted to Twitter Sunday.

Polling has shown the race between President Donald Trump and Democrat Joe Biden tighter than expected in Texas, once a reliably red state, where voters picked Trump over Hillary Clinton in 2016 by nine points.

But the latest RealClearPolitics polling average for the state puts Trump ahead by just one-fifth of a point, with every poll since June being inside the margin of error.

‘And make no mistake, the Democrats and the liberal media, they’re doing everything they can to take Texas,’ Cruz said. ‘The last five Texas polls in a row have shown President Trump and Joe Biden in a virtual tie.’

‘This is a real race,’ Cruz warned. 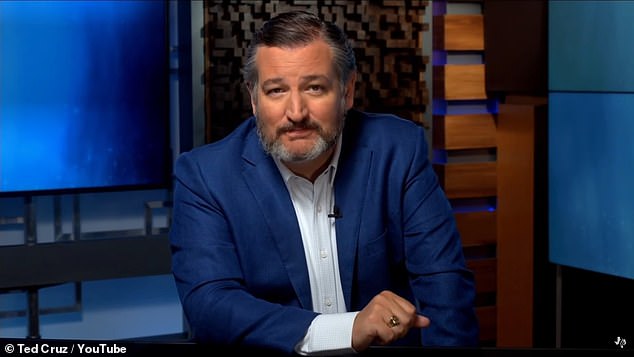 Texas Sen. Ted Cruz warned the Texas GOP State Convention that if Democrats win the state of Texas ‘it’s all over.’  ‘Texas is the single biggest target for the left in 2020, politically speaking,’ Cruz told attendees in a video address he posted to Twitter Sunday 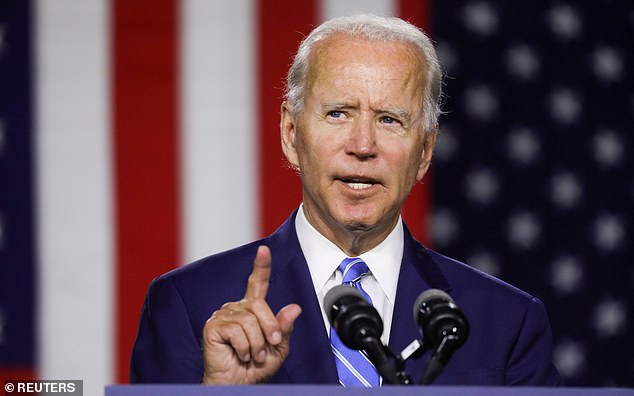 Sen. Ted Cruz warned that the polls showed a close race in Texas between Democrat Joe Biden (pictured) and President Donald Trump.  ‘We’ve got four months to stop a blue wave from destroying the great state of Texas,’ he warned 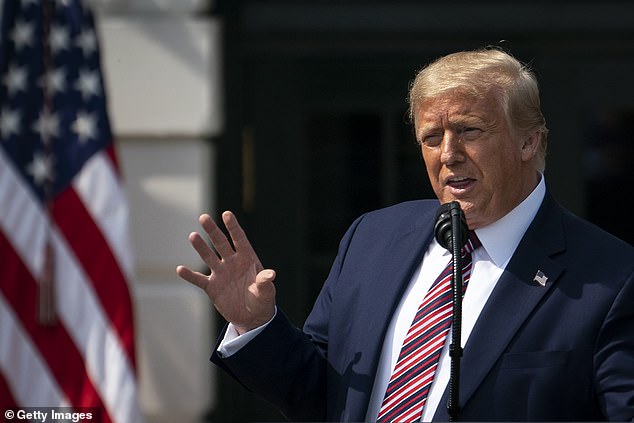 ‘And just two years ago, all of us saw what an all-out political assault looks like in my race against Beto O’Rourke,’ Cruz said. ‘That race was unlike anything Texas had ever seen before.’

Cruz talked about going up against O’Rourke’s $80 million war chest and how O’Rourke’s effort ‘more than doubled Democratic turnout in the state of Texas.’

‘Let me tell you right now, every one of those crazed angry leftists that showed up in 2018, they’re showing up in 2020 and they’re even angrier,’ Cruz said. ‘They hate President Trump and far too many of them hate America.’

‘We’ve got four months to stop a blue wave from destroying the great state of Texas,’ he warned.

Echoing Trump, who has leaned in to culture war issues as part of his re-election plan, Cruz accused liberals of wanting to tear down statues of George Washington, Thomas Jefferson and even black abolitionist Frederick Douglass.

While statues of the founding fathers and Christopher Columbus have been targeted – and a Douglass statue in Rochester, New York was vandalized – the broader issue has been whether statues of Confederate fighters should remain, as the south seceded from the United States to preserve slavery.

Since the Memorial Day killing of black Minneapolis man George Floyd at the hands of a white police officer, the issue of Confederate statues and monuments has become part of the political dialogue.

Trump has said he supports the continued use of Confederate names on military bases and said on ‘Fox News Sunday’ that he wasn’t offended by the Confederate flag, statements that play to his base, but don’t necessarily expand his support, especially as states like Texas turn bluer.

Cruz’s colleague Sen. John Cornyn is on the ballot this fall and he’ll be facing off against Democrat MJ Hegar, who beat Royce West in the Democratic primary runoff race last week.

A poll conducted earlier in July shows Cornyn with a comfortable lead.

A CBS News/YouGov survey has 44 per cent of Texans supporting Cornyn and 36 per cent supporting Hegar.

Another 15 per cent of those polled said they were unsure how they’d vote in the U.S. Senate race.