US families in South Korea get fake orders to evacuate

US military families based in South Korea received fake orders to evacuate this week in hoax text messages.

In the early hours of Thursday morning, the US Forces Korea Facebook page issued a stark warning to followers instructing them not to follow the order which described a ‘real world noncombatant evacuation operation (NEO) order’.

In the legitimate message, officials warned: ‘USFK did NOT issue this message.

‘All DoD family members are reminded to confirm any evacuation-related communications with their service member and unit non-combatant evacuation (NEO) representatives.’

‘Anyone receiving this false message should not click any links or open any attachments included in the correspondence,’ they said.

On Thursday, U.S. Forces Korea posted this warning on its Facebook page announcing that a text message which was circulated among troops and their families was not genuine 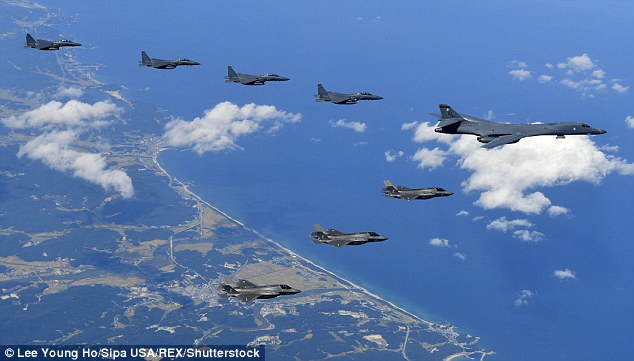 US Armed Forces are stationed across the Korean Peninsula and have shown their presence in stealth in recent weeks as tensions with North Korea grow. Above, US Air Force B-1B bombers during a practice flight with South Korean fighter jets on September 18

Around 28,000 troops are stationed across the Korean Peninsula and many live there with their families.

Government officials have not suggested who they believe was behind the messages.

There are several US Air Force bases in South Korea including two on the west coast.

US bombers have been seen in the region performing test flights along with South Korean air craft in a show of defiance against the country’s neighbor.

The text messages on Thursday came as the situation with North Korea grew ever more precarious.

On Friday, President Trump repeated his earlier description of Kim Jong Un as a ‘rocket man’ and told a rowdy crowd at an event in Huntsville, Alabama, that the North Korean leader ‘may be totally crazy’.

‘We can’t have mad men over there shooting rockets all over the place and by the way, rocket man should have been handled a long time ago,’ Trump said to the cheering crowd which had gathered to pledge their support of Senator Luther Strange. 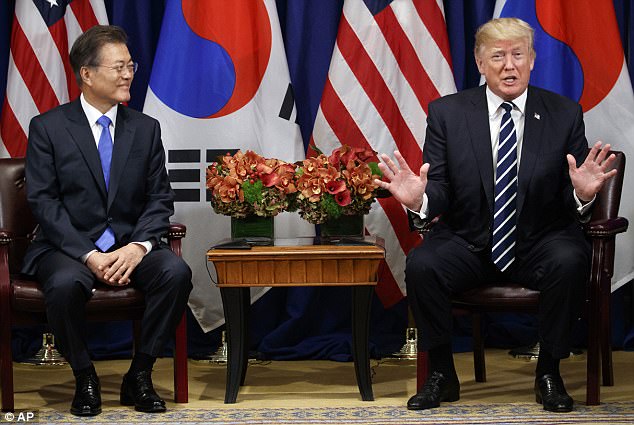 South Korea is an ally to the US in its ongoing diplomatic dispute with North Korea. South Korean President Moon Jae-in is pictured with President Trump at the United Nations General Assembly on Thursday, when the text messages were sent

He said unequivocally that Jong Un ‘would be watching’ his speech and threatened: ‘This should have been handled 25 years ago… this shouldn’t be handled now but I’m gonna handle it.’

Tensions have thickened between the US and North Korea since Trump took office.

They have intensified in recent months with North Korea’s test launches of intercontinental ballistic missiles which, if fired on a straight trajectory, could reach cities in the US.

Trump has waged war diplomatic war on the nation and is imploring America’s allies to follow suit by cutting off North Korea’s business and trade ties to cripple its economy.

At the UN General Assembly in New York this week, Trump threatened to ‘totally destroy’ North Korea in a bold speech at which his aides dismayed.

In response, Jong Un has threatened to test a hydrogen bomb over the Pacific Ocean. 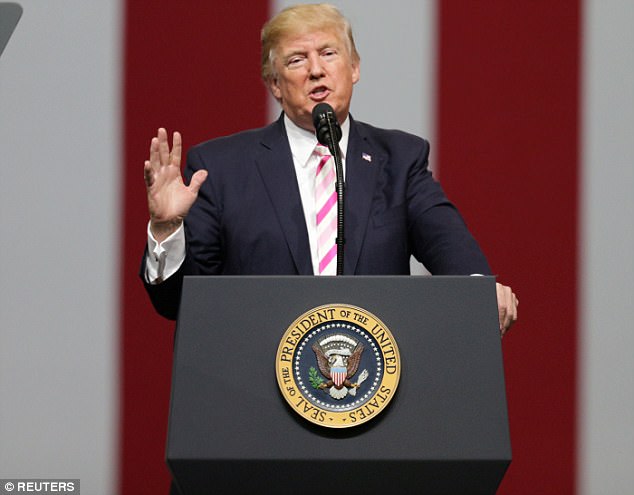 At an event in Huntsville, Alabama, on Friday, President Trump hurled more insults at Kim Jong Un who he called a ‘little rocket man’ who ‘may be crazy’ 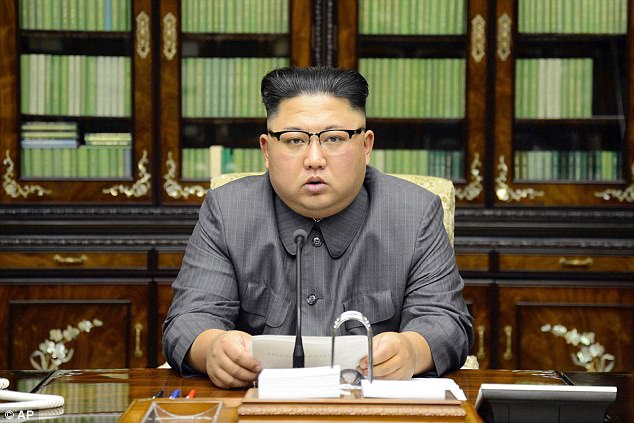