US fighter plane from the Second World War excavated in Ireland

A US fighter plane has been dug up in an Irish field what is the first ever licensed excavation of its kind.

The P38 Lightning aircraft crashed into a stony field near Castleblayney in County Monaghan on December 17, 1942.

The pilot, Second Lieutenant Milo E Rundall, 22, from Iowa, baled out successfully after he got lost on an evening flight from Langford Lodge, on the eastern shores of Lough Neagh in Northern Ireland.

Kayla McDermott (left) and Amy Spain (right), from Foyle College in Derry, hold up the remnants of a P38 Lightning US fighter aircraft

A team comprising an aviation historian, Queen’s University Belfast surveyors and pupils from Foyle College in Derry and Ballybay Community College in Co Monaghan, working in conjunction with Monaghan County Museum, retrieved the remaining parts of a twin-engined fighter yesterday.

The pilot was returning home to his base with the 82nd Fighter Group, who were based at the US Army Air Station 344, Eglinton in Derry when the plane crashed.

He later took part in the Allies’ North Africa campaign against Germany but was shot down and taken prisoner in January, 1943.

After the war he returned to his hometown in Iowa and died in 2006. 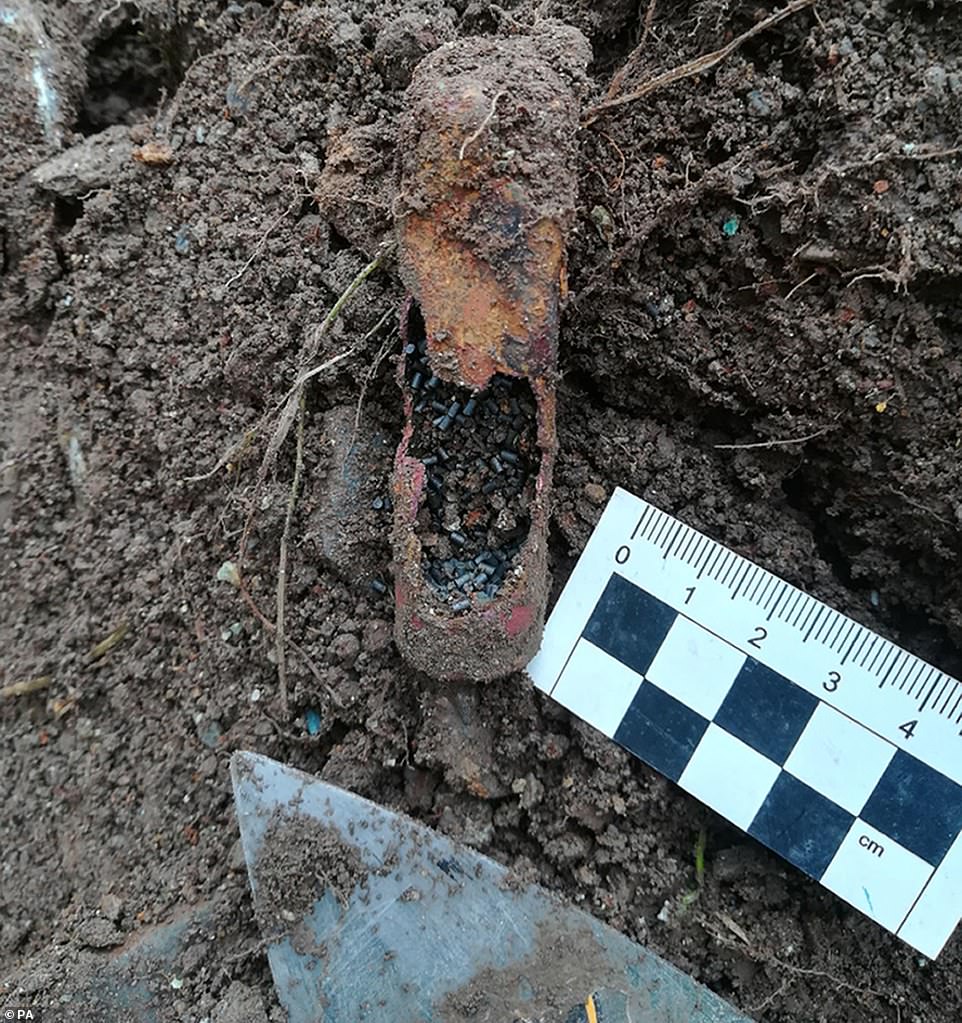 The dig is the first licensed excavation of a US aircraft in Ireland and the P38 crashed in the field in County Monaghan in December, 1942 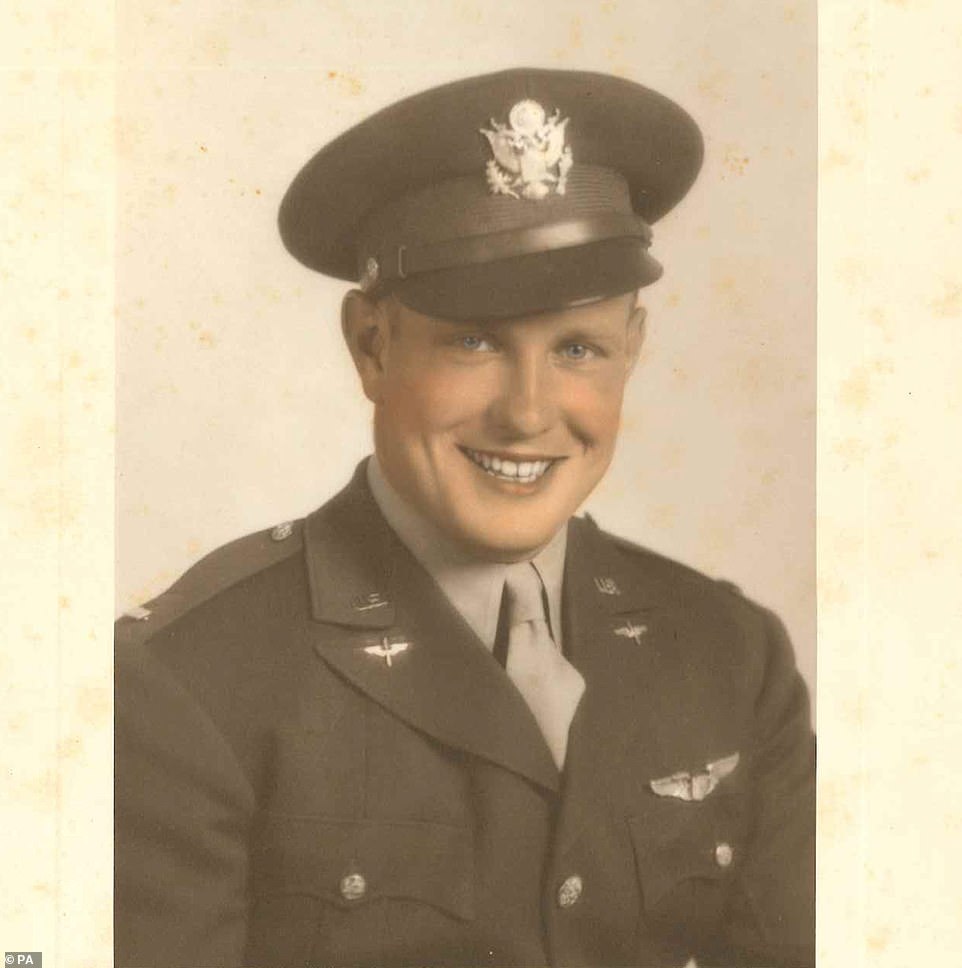 The pilot, Second Lieutenant Milo E Rundall, 22, from Iowa, baled out successfully after he got lost on an evening flight

Now his daughter Merryl Rundall intends to visit Ireland to see the remnants of her father’s plane.

Irish Defence Forces personnel recovered most of the wreckage in 1942.

But licensed ground-penetrating radar surveys undertaken in early 2019 revealed that not all the aircraft was recovered by the military. 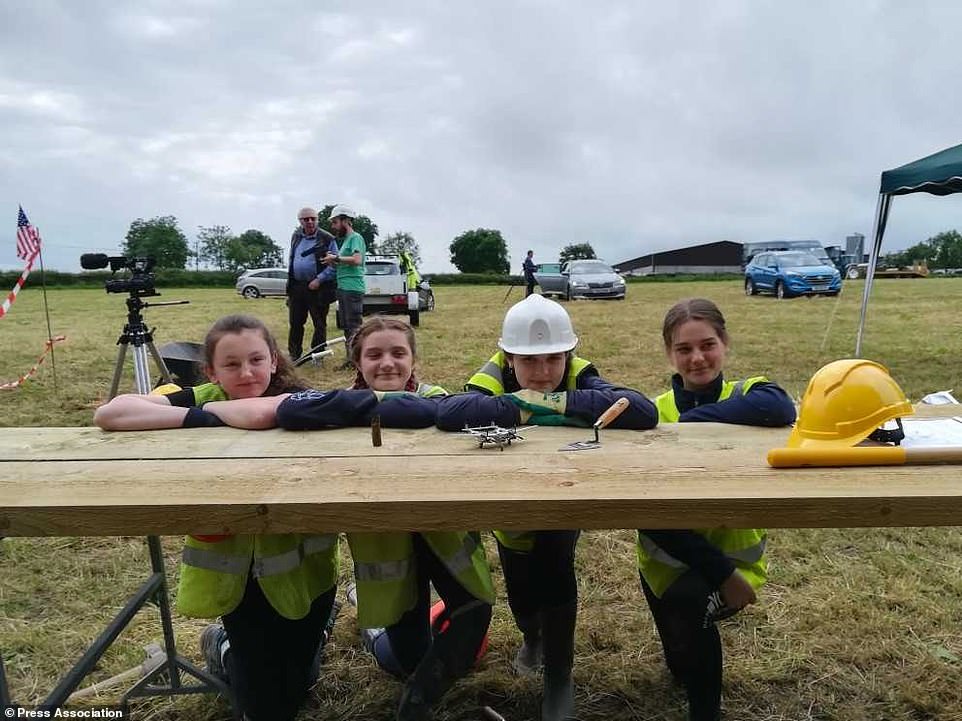 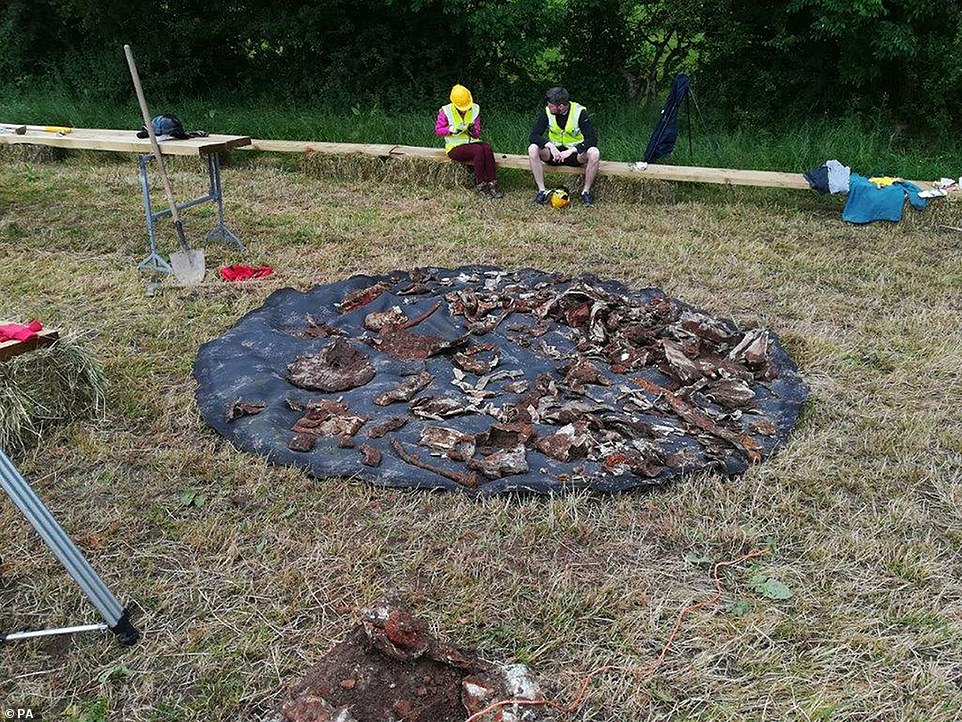 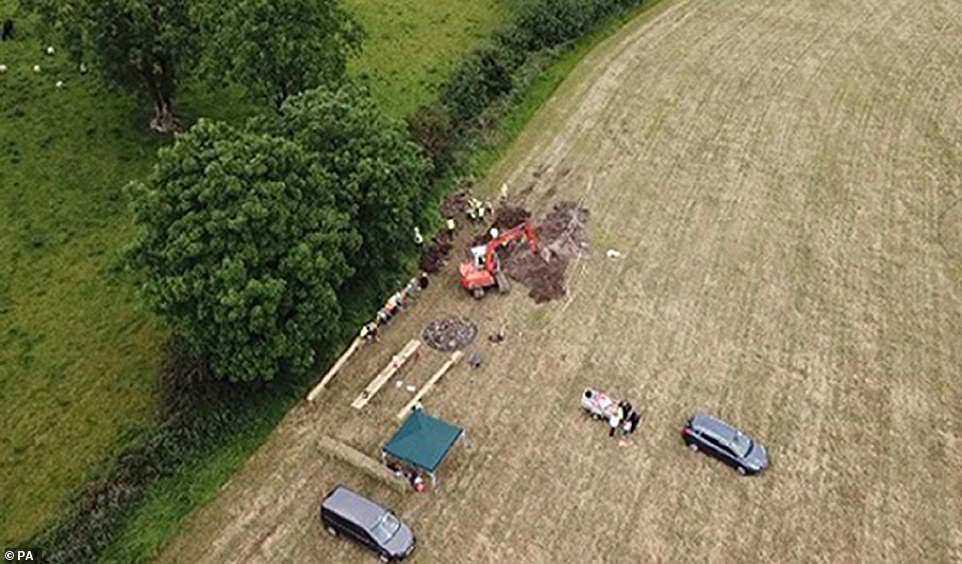 Liam Bradley, curator of Monaghan County Museum, said: ‘This excavation will be the final project in our three-year examination of the impact of the Second World War on our border county.

‘The retrieved items will be preserved and put on display as part of our nationally acclaimed exhibition The Monaghan Spitfire – Life On The Border With A World At War which runs in the museum until the end of 2019.

‘Other parts of the P38 wreckage will be put on display in Derry City and Strabane District Council’s Tower Museum which already proudly hosts the 2011 recovered remains of Spitfire P8074 flown by US Eagle pilot Bud Wolfe. 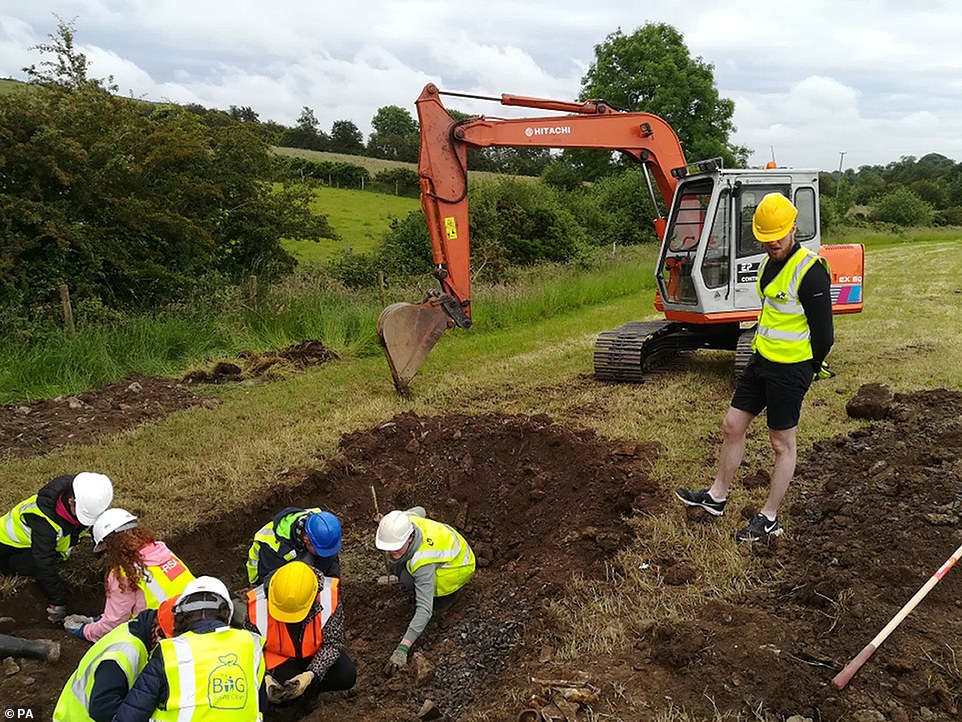 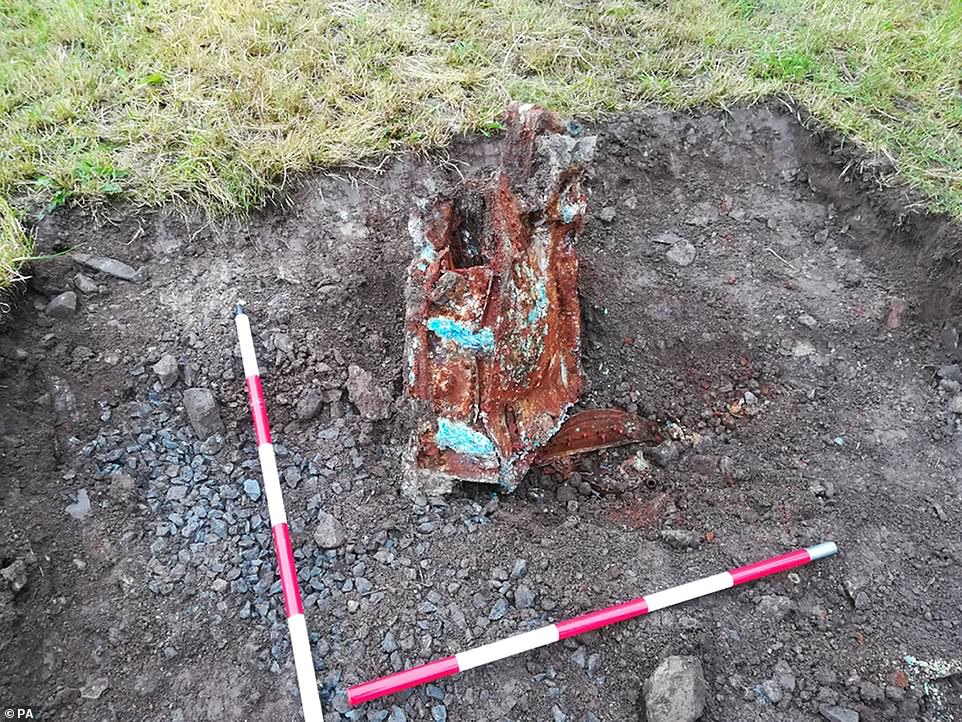 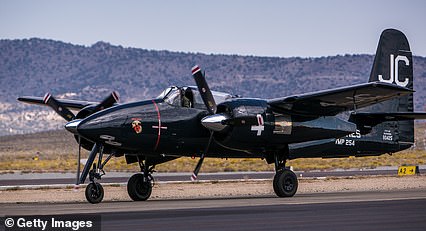 A stock image of a P38 Lightning aircraft

The US aircraft, nicknamed the fork-tailed devil, was known for its distinctive twin booms during WWII.

It was originally designed as a bomber-interceptor but became a fighter due to its speed.

The P38 became one of the best fighters in the War, shooting down more Japanese planes than any other.

More than 10,000 were built and it was the only US fighter aircraft in large-scale production throughout the country’s involvement in the War.

‘The City of Derry Airport, which was this aircraft’s former base, is also delighted to be able to display a range of recovered artefacts.’

Dig organiser and aviation historian Jonny McNee said the pupils were very eager to participate in the dig and find out what lied buried in the field.

He said: ‘The opportunity for the pupils to participate in these digs and talk to the family of the pilot and the wider P38 family in the US is something that can’t be learned from books.’

Mr McNee said the pupils were very media savvy and had been quick to use social media to get in contact with various interested P38 groups across the US.

He added that the pilot’s family had been traced to US and they had managed to get in touch with the pilot’s daughter, Merryl Rundall.

Mr McNee said she was very excited about the excavation and was considering a trip to Ireland later in the year to see the Monaghan exhibition and her father’s former base in Derry.

‘This dig is pretty cool – my father would say ‘I just did my job; why would anyone care about my old P38?’