A California fitness instructor claims Sir Philip Green tried to grab her so much she was forced to wear extra clothes to stop him touching her.

Jennifer McAmis alleges the billionaire retail mogul ‘was always grabby’ and would try to grope her during gym sessions.

The 30-year-old says he tried to grab her bottom twice and would call her ‘naughty’ or ‘dirty’ girl, according to the Sun.

It comes after a former colleague of McAmis, Katie Surridge, alleged in February that the Topshop boss ‘spanked’ her bottom at the same spa.

McAmis started working with Green in 2016 at the Canyon Ranch spa in Tucson, Arizona, where the tycoon has a £2.3million home.

She claims colleagues at the luxury spa refused to work with the ex-BHS boss, who according to Forbes is worth around £2.7billion, and some asked male colleagues to check on them during workouts.

Jennifer McAmis alleges Sir Philip Green groped her while she worked at the Canyon Ranch spa in Tucson, Arizona 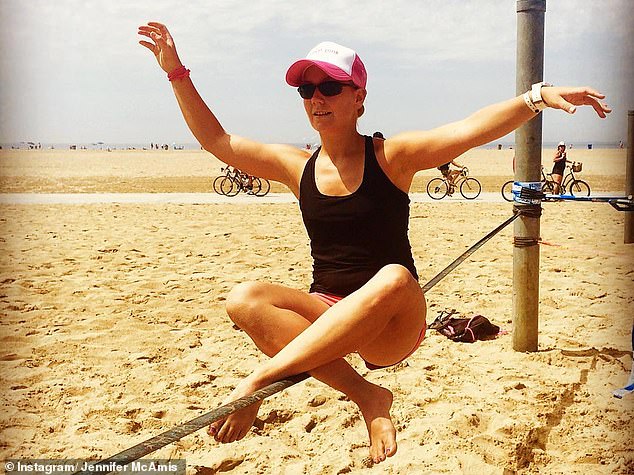 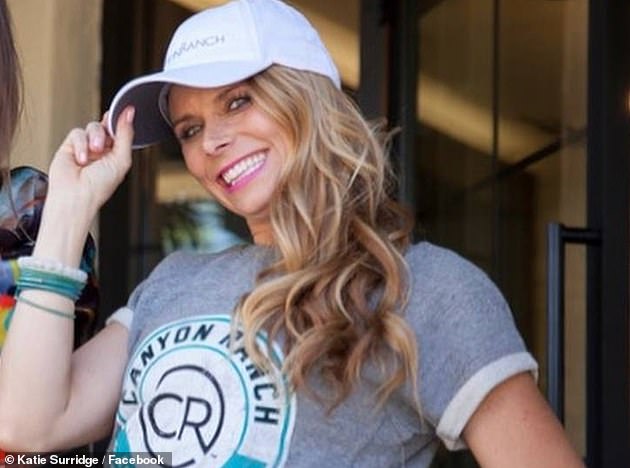 It comes after a former colleague of McAmis, Katie Surridge (pictured), alleged in February that the Topshop boss ‘spanked’ her bottom at the same spa

McAmis also alleges she wore extra clothes to stop him from touching her while she was working as a fitness instructor.

She said she wanted to come forward to help the #MeToo movement and women in the UK who have been gagged from speaking out about similar allegations by a court injunction.

Green has been charged with four counts of assault in the US over that claims made by 37-year-old pilates instructor Katie Surridge earlier this year.

Lawyers representing the 67-year-old billionaire, who owns a property within the spa complex, are due to appear in court later this month to respond to misdemeanour assault charges.

If found guilty, he could face jail or a fine. Sir Philip is not expected to travel to the US himself and will not be extradited from the UK.

Allegations Green carried out sexual harassment and made racist remarks were made by former employees of his clothing empire. 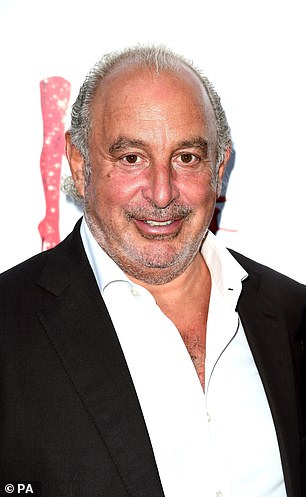 The Daily Telegraph was blocked from publishing his name until the High Court lifted the gagging order after he was named in the House of Lords by Lord Hain using parliamentary privilege.

Some complainants are still prevented from discussing their allegations due to controversial non-disclosure agreements (NDAs) signed as employees of Green’s Arcadia fashion group.

Green has always denied all the allegations made against him.

Writing on Facbook, McAmis says she wanted to see the ‘culture of privilege and masculinity to be destroyed’.

She said: ‘When the #metoo movement started, I struggled with how to be an ally.

‘I wasn’t sure how to use my voice. Then I realized – I had stories too. Lots of them. This is sadly only one of many, but I’m very glad to be telling it.

‘It is a very big deal to feel so uncomfortable at your job that you wear multiple jackets.

‘It is a very big deal to be told you must train a client that says inappropriate things to you because you are the only cute blonde he hasn’t assaulted yet.

‘It is not OK to feel like you need co-workers to chaperone while you do your job. So, I’m adding my voice to the stories. It’s time for the culture of privilege and masculinity to be destroyed.’ 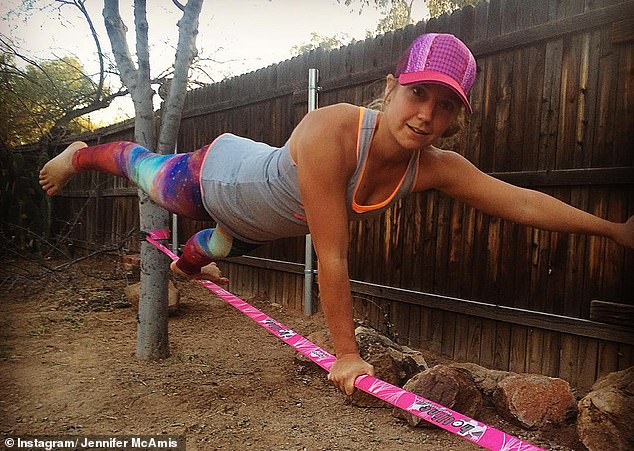 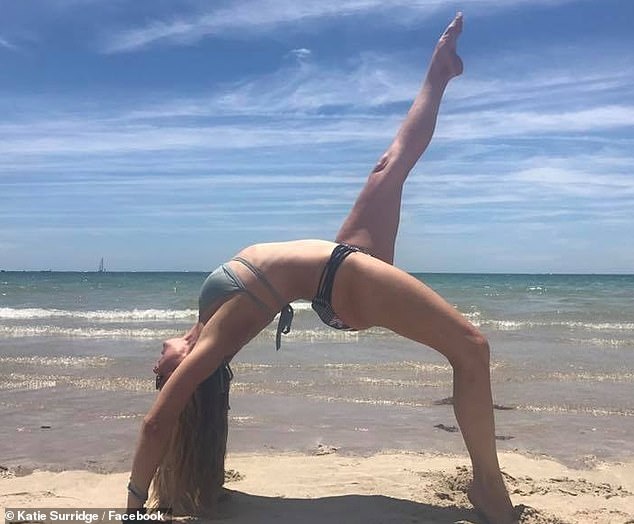 Recalling the alleged incidents at the Arizona ranch, McAmis claims Green asked her if she liked him ‘in this position’ while lying on his back and the instructor pushing his leg back.

She told the Sun: ‘One time I was stretching his hamstrings. He was lying on his back with his leg up and I was pushing it and he said, ”you like me in this position don’t you?”.

‘It [wearing extra clothes] gave me that extra sense of security. And even if he did touch you, you wouldn’t feel it as much.

‘At the heart of it all there was definitely that sleazy, sexual undertone. He was creepy.’

His Arcadia empire, which employs 18,000 staff and owns shops including Topshop, Dorothy Perkins and Miss Selfridge, is in deep financial trouble and he needs a deal with landlords to ease pressure on the group. 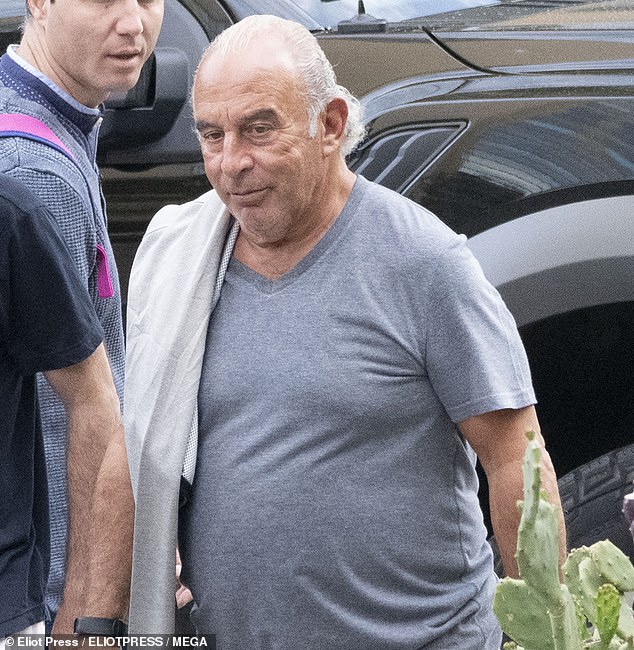 If found guilty of the four counts of assault in the US, Green could face jail or a fine.The allegations were brought by pilates instructor Katie Surridge