US is accused of hampering attempts to find a Coronavirus vaccine

She’s the British woman leading the race to save the world from the coronavirus. But taking on the most urgent job on the planet is unlikely to faze this 58-year-old mother of triplets.

Sarah Gilbert is the brilliant professor of vaccinology at Oxford University whose team is leading the way in developing the first vaccine to protect against Covid-19. If successful, their achievement will surely put them in the running for a Nobel prize.

According to The Observer, she believes the United States is approaching the Covid crisis in an arbitrary  or ‘willy-nilly’ fashion.

Sarah Gilbert of Oxford University, pictured, is concerned about the United States’ approach to solving the Covid 19 crisis 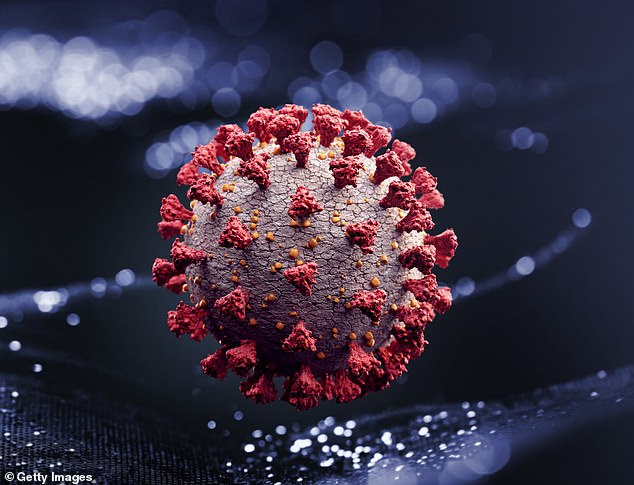 Prof Gilbert’s academic excellence was evident from an early age, but despite her obvious gift for science as a pupil at Kettering High School, a girls’ grammar in Northamptonshire, she never applied to Oxbridge – because no one suggested she should.

The eldest of three children, her father, Clifford, was a wages clerk, and her mother, Hazel, worked as a drama teacher. Their daughter inherited their love of music and played in a local youth orchestra. Perhaps significantly, her instrument – the oboe – traditionally sets the note to which other instruments are tuned.

Although all the Gilbert children passed the 11-plus, further education was not at that time an automatic choice for the aspiring middle classes. Sarah’s parents were ambitious, but unfamiliar with the university application process, which then involved a separate exam for Oxbridge.

Prof Gilbert told The Mail on Sunday: ‘What I remember was that most of us only found out there was a separate application procedure for Oxford and Cambridge when two girls from upper middle-class families were summoned to the headmistress’s office to take the entrance exams.

‘No one else was encouraged to apply, or even told why they might want to or how to go about it.’

She added: ‘I remember an inspirational biology teacher, Mrs Slater, but teaching in other subjects was not great.’

In 1989, she went to study at the University of East Anglia and left with a BSc in Biological Science. Her two daughters, Susannah and Caitlin, who went to Oxford, and son Freddie, who was at Bath, all studied biochemistry. Now back at home, the 21-year-olds have been enrolled as guinea pigs in the vaccine trial.

It was 1994 before Sarah reached Oxford, securing a post-doctoral position working on malaria, then vaccine development.

She and her husband, fellow scientist Rob Blundell, faced a tough decision four years later when Prof Gilbert gave birth prematurely to the triplets. ‘Nursery fees would have cost more than my entire income as a post-doctoral scientist, so my partner has had to sacrifice his own career to look after our children,’ she says in her biography on Oxford’s Jenner Institute website.

Now she is leading the search for a Covid-19 vaccine and clearly relishes the challenge. She gets up at 4am, cycles into work and doesn’t get home until 8pm.

As she told The Daily Telegraph: ‘My husband has taken on all the shopping and cooking responsibilities. I just go home and sit down and there’s food there. I wouldn’t have the energy to cook anything myself.’

Of the hunt for a Covid-19 vaccine, she added: ‘This is what I’ve been thinking about and planning for. It is really great to be implementing these things and have the funding, finally, to do it and move at the speed we know we can move.’

Her brother Tom, 56, a country hotel manager, told The Mail on Sunday: ‘Looking back, university was always likely for her and I’m sure she had the capability to go to Oxford or Cambridge from the start. It’s a shame she was never given the chance. But look at her now. She and her team are genuinely going to rescue all of us and the economy if this works.’

His only regret is that their parents, who divorced amicably after the children left home and who have both died in the past five years, were never able to witness the vital quest their daughter is now engaged upon.

He said: ‘I know my parents were very proud when she graduated, and even more so when she became an Oxford professor.

‘How much more now? Pride is what we all feel on her behalf.’