The trip to Qatar ended much earlier than many in the United States had hoped, and USMNT goalkeeper Matt Turner took time to reflect on their play.

The New Jersey native spoke to a FOX Sports panel about what the team took away from this tournament and how they feel now they know they’re heading home.

‘I think we gained a lot. Belief back home, belief within ourselves – within our group – that we can compete with some of the elite teams around soccer and the world,’ Turner told the panel.

‘So, I think overall we’re proud of what we’ve put forth but we’re also disappointed and that’s also a good feeling – to have that disappointment and not feel like what we achieved was enough.’ 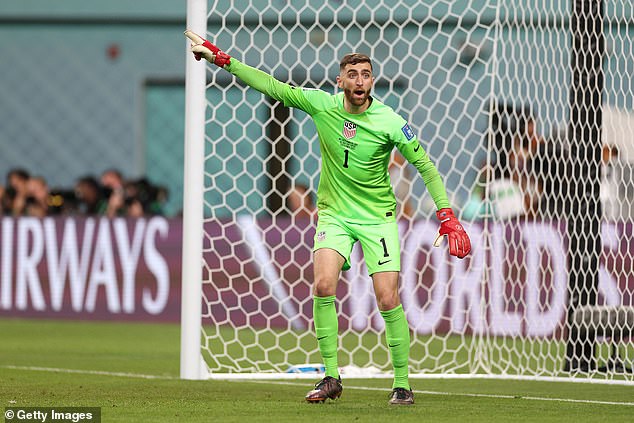 “I think we gained a lot. Belief back home and belief within ourselves that we could compete with some of the elite teams around soccer and the world.” 🇺🇸@headdturnerr joined the FOX Sports set in Doha to describe the @USMNT‘s experience at the 2022 FIFA World Cup ⬇️ pic.twitter.com/7E9J1BaEwC

Turner was asked about how the team came together as a group – and what they did to become one cohesive unit.

‘I think during World Cup qualifying it definitely… that’s where it went to another level,’ Turner explained.

‘It was a different kind of World Cup qualifying than we’ve ever seen before. It was a pressure cooking environment. You had to rely on so many different guys in so many different places – warm weather, cold weather, losses, wins, three games in one window, short turnarounds.

‘And from the staff, the sacrifices they’ve made, I’m talking about the athletic trainers, physios all that. The sacrifices to be away from their families, the long hours, the kitmen that had to break things down and put it back together. It really created a great unity and respect amongst the entire organization.’ 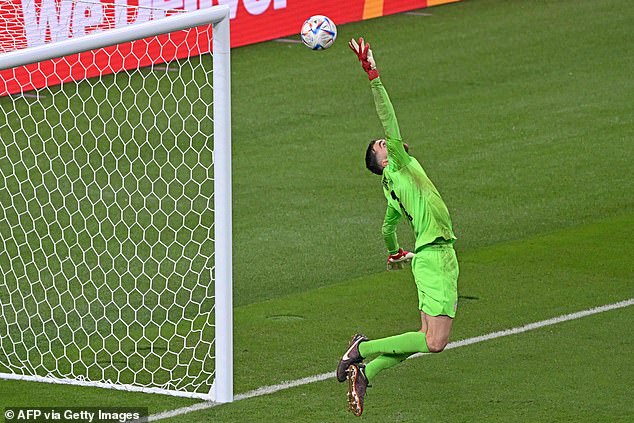 Despite the positives, Turner says the team isn’t naïve enough to only feel happy from this result.

‘100% the most frustrating thing,’ Turner said. ‘As a goalkeeper, for myself, you then look back and actually just back there was the first time I really watched the highlights back.

‘I like to try and let things simmer in my mind so that way my memory doesn’t become the video replay. 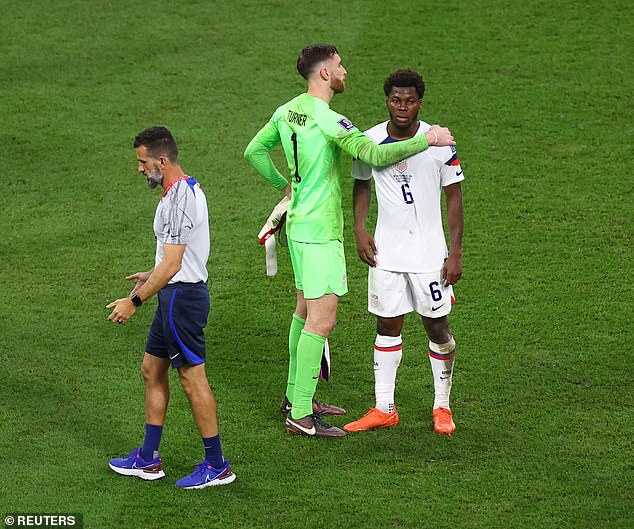 Despite the positive takeaways, Turner says the team feels they ‘left something on the table’

‘Just looking back, could I have pointed guys in direction a little bit more… in stoppage time in the first half could I have switched the guys on so that we don’t concede from a throw in.

‘Little things that maybe we did really well in the group stage that maybe the emotion of the game got to us and we all kinda went to a little bit of a shell.

‘So, it’s frustrating, we definitely feel like we left something on the table, but you also have to give credit where credit is due. They have some great players and they definitely made us pay for our small mistakes.’