US looking into whether Uber bribed foreign officials

The US Justice Department is investigating whether Uber broke American laws against bribing foreign officials to promote business interests, the company has confirmed.

San Francisco-based Uber said it was cooperating with an investigation into possible violations of the Foreign Corrupt Practices Act, but did not disclose details.

The act bars paying officials of foreign governments to get or keep business.

It is unclear whether authorities are focused on one country or multiple countries where the company operates.

The confirmation from Uber comes after a report in the Wall Street Journal revealing an investigation was underway. 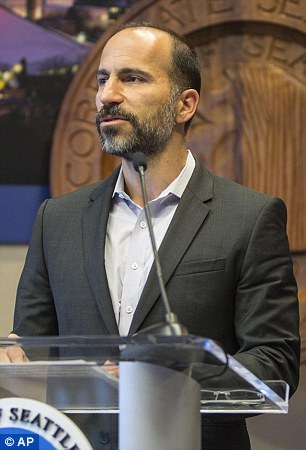 News of the US probe comes as Uber appears to have found a new hand to steady the wheel at the smartphone-summoned ride service, which has skidded from one controversy to another.

Uber has yet to confirm reports that Dara Khosrowshahi will replace ousted Travis Kalanick as chief at the world’s most highly valued startup.

However, Expedia board chairman Barry Diller appeared to confirm the choice in a filing with the Securities and Exchange Commission.

‘As you probably know by now, Dara Khosrowshahi has been asked to lead Uber,’ read a copy of a memo from Expedia board chairman Barry Diller to Expedia employees included in an SEC filing.

‘Nothing has been yet finalized, but having extensively discussed this with Dara, I believe it is his intention to accept.’

Uber and Expedia did not respond to AFP requests for comment regarding the CEO choice.

Whoever takes charge at Uber will face challenges including conflicts with regulators and taxi operators, a cut-throat company culture and board members feuding with investors over Kalanick. 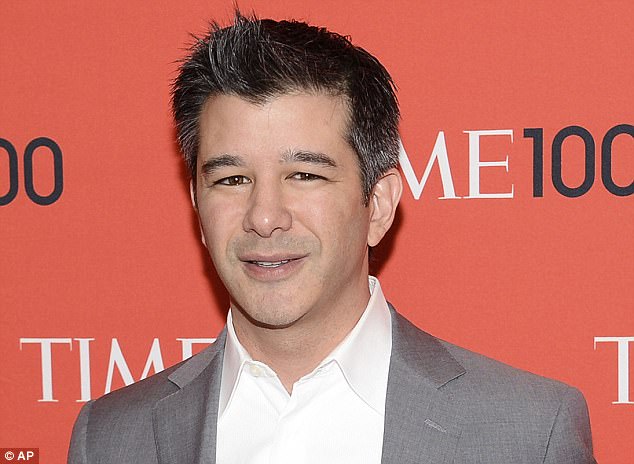 Travis Kalanick resigned as Uber CEO in June, prompting speculation over who would be his successor

The US government earlier this year was reported to have launched an investigation into Uber for the use of secret software that enabled the company to operate in areas where it was banned or restricted.

A software program, called Greyball, first revealed by The New York Times in March, enabled drivers to avoid detection from the transportation authorities by identifying regulators posing as Uber customers in order to deny them rides.

Dents to Uber’s image include a visit by executives to a South Korean escort-karaoke bar, an attempt to dig up dirt on journalists covering the company and the mishandling of medical records from a woman raped in India after hailing an Uber ride.