New images have revealed the tiny margin between a US Navy destroyer and a Chinese warship sent to head it off in the South China sea during a tense standoff on Sunday.

The confrontation between the two navy vessels took place near disputed territories in the remote Spratly Islands.

China claims nearly all of the South China Sea, though Taiwan, the Philippines, Brunei, Malaysia and Vietnam all claim parts of it.

The USS Decatur (left) swerved to avoid the Chinese warship, PRC 170 (right) in the South China Sea on September 30

A sequence of United States Navy photos show the exact moment the USS Decatur, pictured left, maneuvers to avoid the Chinese warship, PRC 170, on the right. 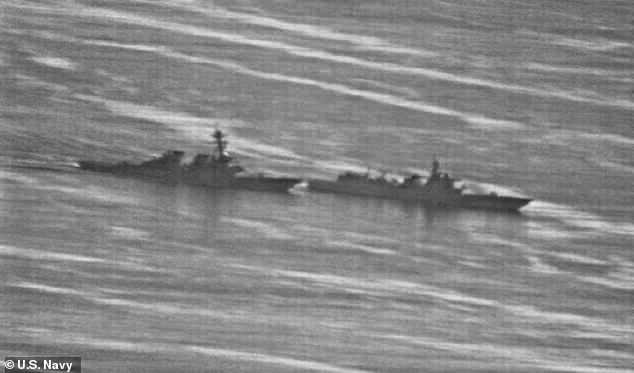 When the USS Decatur sailed within 12 nautical miles – the commonly accepted distance that constitutes territorial waters of a landmass – of the Gaven and Johnson reefs, a Chinese Luyang destroyer responded with an ‘unsafe and unprofessional maneuver’, according to US Pacific Fleet spokesman Commander Nate Christensen.

The Chinese ship then conducted a series of ‘increasingly aggressive maneuvers, and warned the Decatur to depart the area,’ he added.

According to Lieutenant Commander Tim Gorman, during the tense encounter the Chinese ship ‘approached within 45 yards of Decatur’s bow, after which Decatur maneuvered to prevent a collision.’ 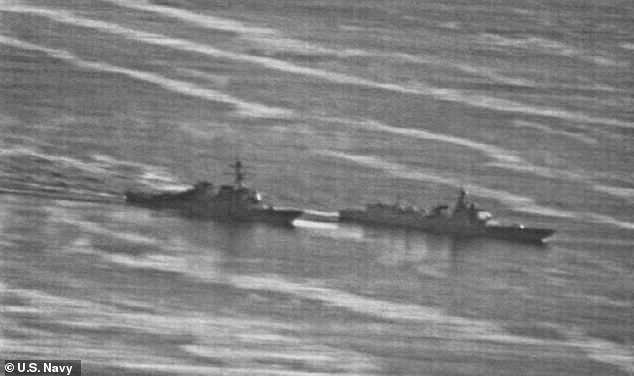 The People’s Liberation Army opposes the ‘freedom of navigation’ operations conducted by the US in territory it considers China’s, and sent a navy vessel to head off the American ship 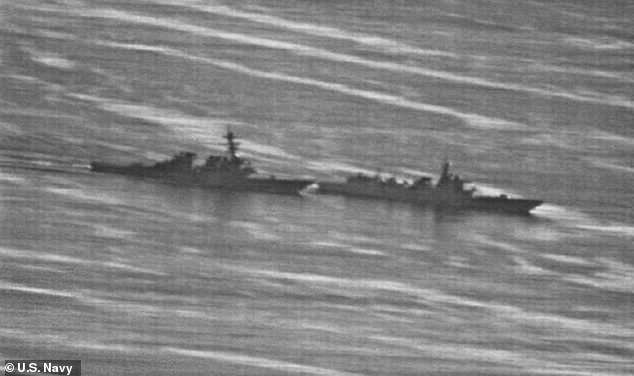 The US takes no official position on the competing claims by countries for territories located in the South China Sea.

Instead, it considers the waters and airspace to be international and regularly conducts what it calls ‘freedom of navigation operations’ in which warships and aircraft travel through disputed zones in order to demonstrate this.

The People’s Liberation Army opposes these operations in territory it considers China’s, calling them a threat to its sovereignty. 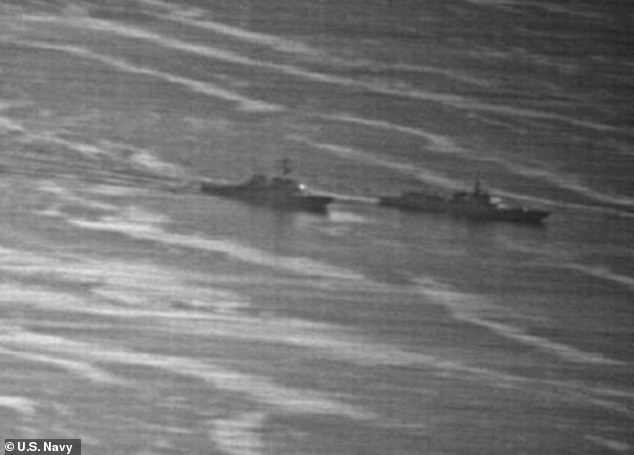 The Chinese ship (right) made an ‘unsafe and unprofessional maneuver’, according to US Pacific Fleet spokesman Commander Nate Christensen

Collin Koh Swee Lean, research fellow at Singapore’s S. Rajaratnam School of International Studies, said the incident would have contravened the Code for Unplanned Encounters at Sea agreed to by China and the US, among others, in 2014.

The code was designed to reduce the chance of accidental encounters and reduce the risk of escalation if one occurs.

‘It seems to me that this was deliberate and could have been sanctioned by higher levels as part of the retaliatory moves by China in recent times.’ 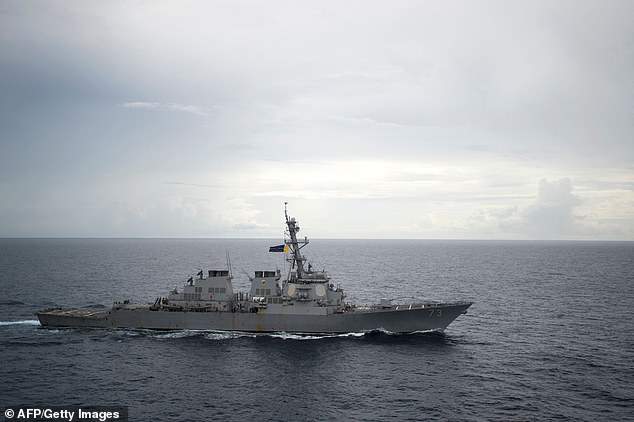 File photo from October 21, 2016, showing the guided-missile destroyer USS Decatur (DDG 73) that was involved in the standoff in the South China Sea at the weekend

In a statement on the incident, the Chinese Ministry of Defense said that its ship had ‘given a warning to leave’ to the vessel after it entered the area ‘without permission.’

‘The US has repeatedly sent warships into the territorial waters near Chinese reefs and islands in the South China Sea,’ it said.

The behavior ‘gravely threatens China’s sovereignty and security, gravely damages relations between China and the US and their militaries, and gravely injures regional peace and stability.’

Gaven Reef is one of seven Chinese-claimed outposts in the Spratlys Archipelago. China claims 3,200 acres there and has built ports, runways and other military infrastructure. 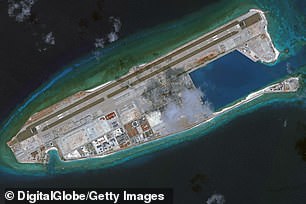 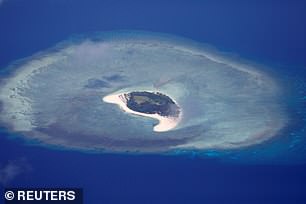 Gaven Reef is one of seven Chinese-claimed outposts in the Spratlys Archipelago. China claims 3,200 acres there and has built ports, runways and other military infrastructure (left)

Friendly relations between the two countries have nosedived since Donald Trump became president in 2017.

A trade war launched by Trump has infuriated Beijing, as did his authorization of a $1.3 billion arms sale to Taiwan, which China considers a rebel province and which it claims as its own.