US Navy officer charged for ‘leaking classified info to Russian’

A US Navy officer stationed in Virginia was charged with feeding classified information to a Russian national.

Authorities did not disclose the specific content leaked, but Chief Petty Officer Charles T. Briggs faces a slew of charges as a result.

Briggs, an information and technology officer at Naval Medical Center Portsmouth, will be arraigned next Wednesday at a general court-martial, The Virginian-Pilot reports.

He has been accused of unauthorized distribution of classified information obtained from a government computer, obstructing justice and communicating defense information.

Chief Petty Officer Charles T. Briggs of the US Navy is accused of leaking classified information to a Russian national. Briggs is stationed at the Naval Medical Center Portsmouth, Virginia (pictured)

Briggs reportedly used a government computer to obtain secret information on or around January 9, 2019, while stationed at Offutt Air Force Base in Nebraska.

A charge sheet obtained by The Virginian-Pilot said Briggs had reason to believe the intel could be used to ‘injure the United States or benefit a foreign national.’

Under President Trump, the US has attempted to bridge a relationship with President Vladimir Putin and Russia.

Although the White House called the report a ‘hoax,’ they’ve reportedly launched an internal hunt for the alleged leaker.

And tensions further soured this week when the US, UK and Canada launched a joint statement that accused Russian hackers of trying to steal intellectual property about COVID-19 vaccine research. 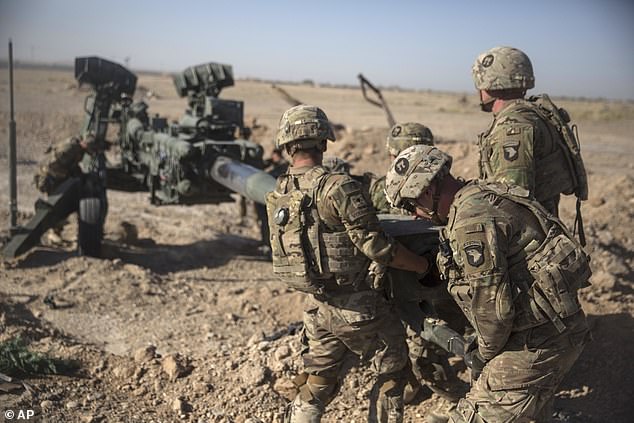 White House officials are on the hunt for the person or persons who leaked the intelligence about the Russian bounties on U.S. troops in Afghanistan

The charge sheet said Briggs then passed the classified information to an individual, whose name is redacted from the document, identified only as a ‘Russian National’ not authorized to see such intel.

The extent of the relationship between the Russian national and Briggs is unclear, but they reportedly knew each other.

While with the US Navy, Briggs reportedly did not reveal his connection to a Russian national or an additional Italian national.

The allegations have also said Briggs lied on a pre-screening questionnaire that questioned if he had a ‘close and continuing relationship,’ with anyone who was not an American citizen.

Briggs also allegedly did a disappearing act in 2018.

The charge sheet says Briggs failed to report a trip he took to Serbia that year to military officials.

Instead, he allegedly filed paperwork falsely stating he was staying in Nebraska during leave.

Briggs is currently being held in a pretrial holding cell.

DailyMail.com reached out to the US Navy for further comment. 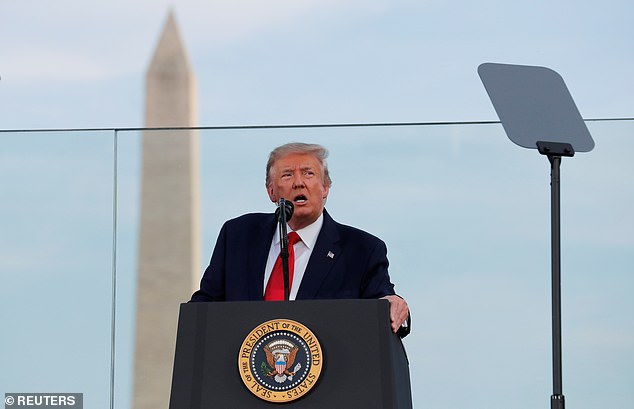 After the shocking New York Times article about potential Russia bounties, President Trump claimed to have never seen the report and called it a ‘a made up by fake news hoax.’

But National Security Adviser Robert O’Brien told Fox & Friends that Trump wasn’t briefed on the matter because it was ‘uncorroborated’ and ‘unverified intelligence.’

O’Brien also admitted that the documents were in one of Trump’s briefings, but wasn’t specifically presented by a CIA agent.

And it appears to search for the intelligence leaker has continued as Politco reports that administration officials have dwindled a suspect list to less than 10 people.

Meanwhile, the US was among three countries who accused Russia of using hackers to steal information about COVID-19 research.

Authorities on Thursday pointed to a Russian hacking group called APT29, which also go by ‘Cozy Bear’ and ‘The Dukes.’

The UK, US and Canada issued a bombshell joint statement yesterday afternoon claiming a hacking group called APT29, also known as Cozy Bear, is engaged in an ongoing campaign of ‘malicious activity’. 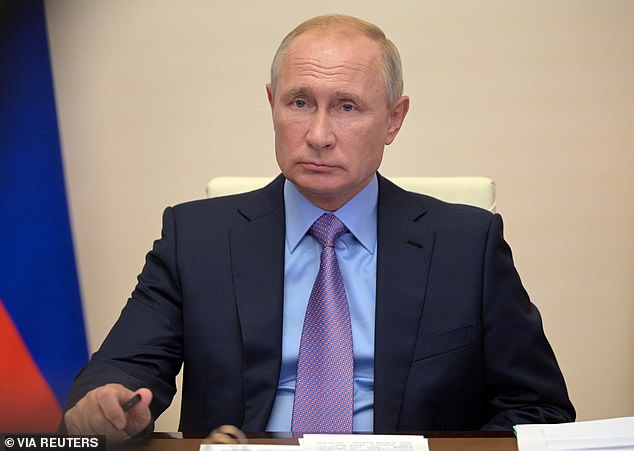 Targets have included Oxford University and Imperial College London, which are undertaking world-leading work to develop a vaccine. Security sources said the sophisticated espionage attacks were authorised at the ‘highest levels’ of the Russian regime, and may have been ordered by Vladimir Putin himself.

Paul Chichester, director of operations at the National Cyber Security Centre, urged organisations involved in coronavirus research to shore up their defences.

He added: ‘We condemn these despicable attacks against those doing vital work to combat the coronavirus pandemic.

As the US continues to research potential vaccines, infections numbers have soared to  3,576,430 confirmed cases and 138,360 deaths.