The 120th US Open Championship will be played at Winged Foot Golf Club in September without fans on the course, the United States Golf Association announced Wednesday.

‘Following months of consultation and scenario planning with local and state health officials, we have jointly decided that hosting the US Open without spectators will provide the best opportunity to conduct the championship safely for all involved,’ said Mike Davis, CEO of the USGA, in a news release.

‘We will miss the excitement of the fans and what their presence brings to the championship. We look forward to welcoming them again to future US Opens.’

The 120th US Open Championship will be played at Winged Foot Golf Club in September without fans on the course, the United States Golf Association announced Wednesday 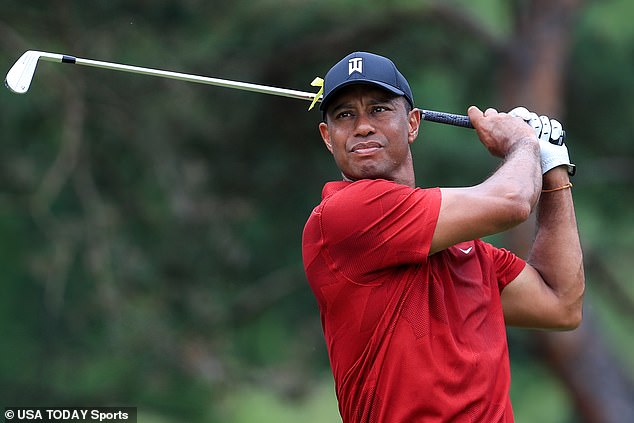 Tiger Woods plays his shot from the second tee during the final round of The Memorial Tournament at Muirfield Village Golf Club on July 19 in Dublin, Ohio

The tournament will be held September 17-20, rescheduled from June, at Winged Foot in Mamaroneck, New York.

New York was ground zero for COVID-19 this spring, and the state’s governor said the tournament will signify some return to the way New York residents lived before the virus, even without spectators on site.

‘We have come a long way in the fight against COVID-19, and I am so proud of New Yorkers, who rose to the occasion and bent the curve,’ Governor Andrew Cuomo said.

‘I am pleased to welcome the USGA for the US Open Championship at Winged Foot Golf Club this September, and while the tournament will look different this year with no fans and enhanced safety protocols, this event is a welcome sight for sports fans across the country and will help restore a sense of normalcy as we build back better than before.’

The US Open will be the second of golf’s major tournaments to be played without fans.

The Masters was rescheduled from April and the PGA from May. The fourth major, The Open Championship, was canceled.

Winged Foot last hosted the US Open in 2006. Gary Woodland is the defending champion. 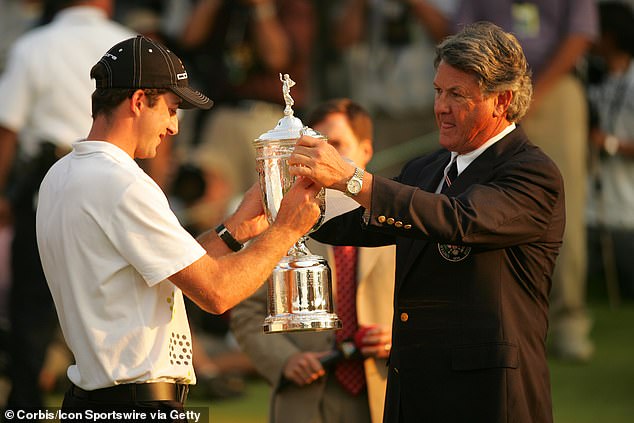 Winged Foot last hosted the US Open in 2006, when it was won by Geoff Ogilvy (left)