The US Open’s Denis Shapovalov and Felix Auger-Aliassime were matched against each other Monday, when Felix had to retire from the set after suffering a health scare.

Auger-Aliassime, 18, was dealing with the unnerving affects of a racing heart that would not slow down during the first round of the Open. A doctor had already evaluated him during the changeover in the third set, but still feeling faint, he decided he had to call it quits on the match.

Shapovalov, 19, who was leading 7-5, 5-7, 4-1, showed a remarkable display of sportsmanship, and friendship to Auger-Aliassime embracing him after he had burst into tears when he had to concede the game. 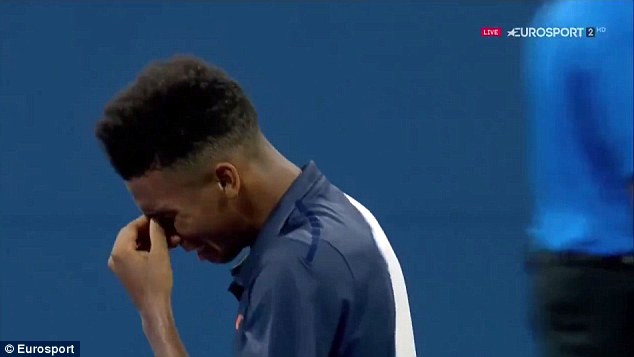 When Auger-Aliassime made the decision to call it quits on the match, the young tennis pro burst into tears 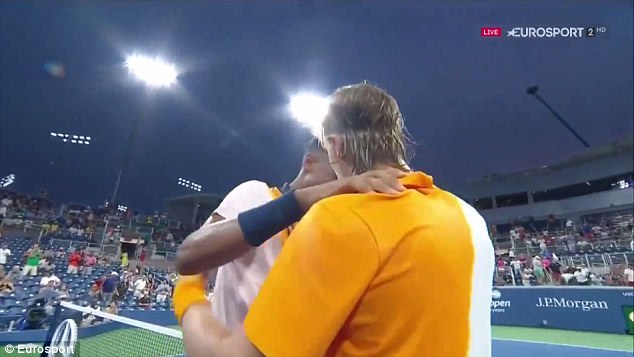 Instead of celebrating a win, Shapovalov embraced his friend and gave him words of encouragement 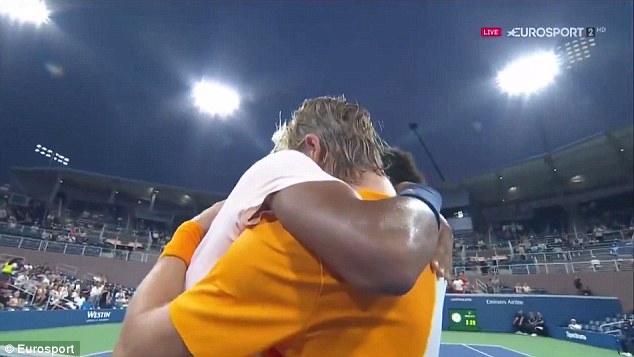 The men who have been friends since they were boys, hugged, in a show of sportsmanship and life long friendship 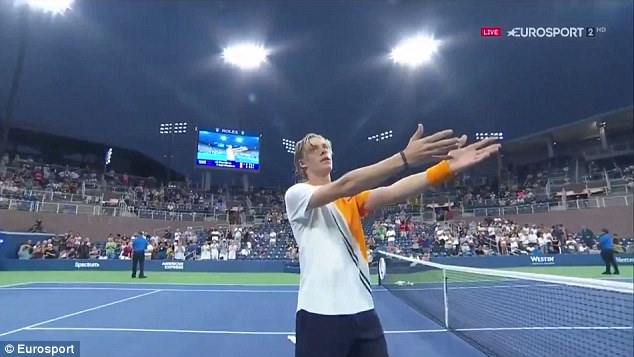 Shapovalov gave his friend a salute for a match well played, as the game ended early after Auger-Aliassime’s health scare

Shapovalov embraced his friend and fellow Canadian, who have known each other since they were boys, and offered words of comfort.

‘Obviously I hope that Felix recovers quick, and I told him at the net: ”We’re going to play a lot more times, we’re going to be back here playing in the finals one day.”

‘So I told him to keep his head up, he’s had such a great run, and it was a great match today.’

‘We grew up together. I think I’ve known him since I was seven or eight,’ Shapovalov said.

‘Our whole lives we’ve known each other. It’s been a pretty crazy ride with him. I remember playing him at nationals, under-10s, under-18s, junior tournaments. Now we are here playing at a grand slam.’