US pastor says the West is at war with Muslims

A controversial US pastor has said the West is at war with Muslims and at risk of losing the right to free speech in an exclusive interview with Mail Online.

Franklin Graham, son of former presidential spiritual adviser Billy Graham, spoke out ahead of a visit to the UK which has seen calls to ban him for his outspoken views.

Mr Graham, who himself led prayers at Trump’s inauguration, defended previous statements in which he said that America is ‘under attack by Muslims’ and that every Muslim immigrant to the US ‘has the potential to be radicalized’.

Confronted with those words, he told Mail Online: ‘Well that’s true. Our nation was attacked on 9/11 in the name of Islam.

Franklin Graham, the son of former presidential spiritual adviser Billy Graham, has defended controversial comments in which he said the West is under attack by Muslims 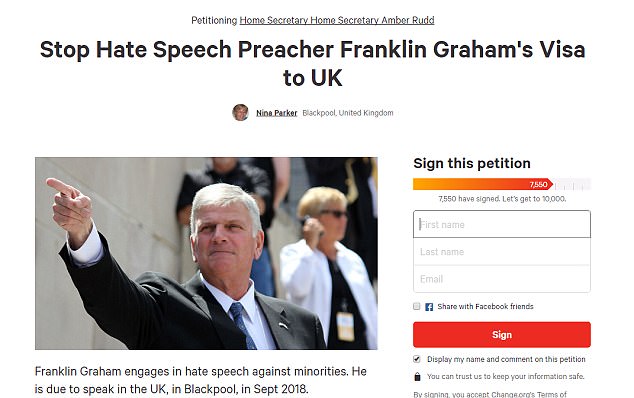 Graham has seen calls to ban him from the UK over his comments on Muslims and gays, which he defended in an interview with Mail Online. He also hit out at the ban, saying the West is at risk of losing the right to free speech

‘They brought down the World Trade Center, hit the Pentagon, killed 3,000 people in just over an hour in the biggest attack since the Japanese attacked Pearl Harbor.

‘The war we have been in since 9/11 has been with Islam, whether it’s ISIS or Al Qaeda or whatever you want to call it. And that war continues. And that’s just a fact.’

He later clarified the statement, saying there are ‘millions and millions of Muslims’ who do not support radical Islam and simply want to live their lives in peace, admitting that it was problematic to say the West was at war with Islam ‘as a whole’.

Mr Graham also pointed to aid work that Samaritan’s Purse, the organisation he heads, did helping the victims of ISIS near Mosul, Iraq.

But, he added: ‘Our country has been attacked, no question. You’ve had plenty of attacks in [the UK] in the name of Islam.’ 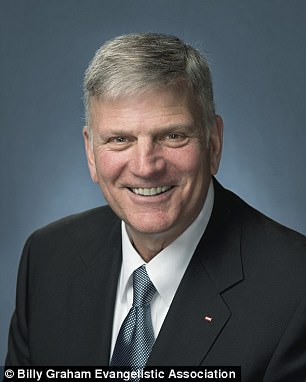 He also defended a 2014 article in his ministry’s Decision magazine in which he said Putin ‘was right’ to pass laws stopping children being exposed to ‘gay propaganda’.

‘I think Putin is right to protect children and let them make that decision when they get older,’ he said.

It is those comments which have seen calls to ban him from speaking at the Lancashire Festival of Hope scheduled for September this year, which he is due to attend after being invited by several local churches.

An online petition has garnered more than 7,500 signatures and several local MPs have spoken out against the visit, urging the Home Secretary to consider denying him a visa.

Speaking about the ban, Mr Graham said: ‘We’re in danger in western civilization of losing the freedom of speech.

‘This has been a big thing for western societies – the freedom to speak out. I walked down to Speaker’s Corner in Hyde Park and every kind of opinion in the world was being debated or discussed and that’s a wonderful thing.

‘To have the freedom to voice one’s opinion and freedom of speech and I’m afraid in Western society we may lose that one day.’

He added: ‘I don’t think I’ve ever been anywhere with 100% support, people either don’t support for theological position or political positions.

‘Generally people who don’t like you are the ones who want to come and hear what you have to say. Everybody is invited [to the event] and we don’t exclude anybody.’

Mr Graham has also been a vocal supporter of Trump since the election, and while he didn’t endorse him, was instrumental in drumming up evangelical support.

Asked about Trump’s time in office, Graham said ‘there can be no doubt’ that the President is facing a coup from the media and far-left to depose him. 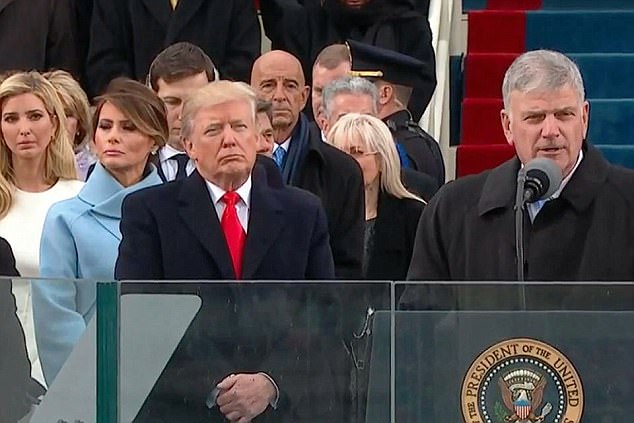 Mr Graham led prayers at Trump’s inauguration, and while he did not endorse the President, he says he believes God intervened to help him win 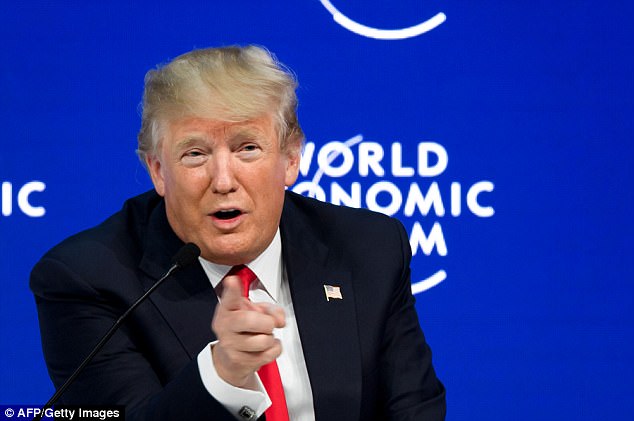 While he has been a staunch defender of the President’s policies, Mr Graham admitted that Trump has not been a good moral leader for America

He said: ‘He’s interrupted their plans. I think the far-left, they’re socialist, and they want to see a socialist system much like what eastern Europe had.

‘The members of the ruling party lived very well and everybody else lives in poverty. And they keep taxing and taxing until people have nothing left.

‘Here comes Donald Trump who says ‘I’m going to lower your taxes’, ‘I’m going to make America great again’. And he’s doing that. And it’s not sitting well with the left who had other plans.’

Mr Graham did also address the failings of the President, admitting that he hasn’t been a moral leader, citing examples of multiple marriages and girlfriends.

But, he added: ‘The American people were not electing their pastor. They realize that he is a morally frail. Like we all are.’

‘And the reason for that is because their life will be improved. I think that’s the bottom line.’