‘We want to have big crowds for the Masters’: US President Donald Trump confident thousands of fans will be able to attend Augusta in November and enjoy a ‘safe experience’

President Donald Trump is planning for ‘big crowds’ to attend the Masters in November as he outlines his aims for sport to return to normal.

Trump is confident that fans will be able to enjoy a ‘safe experience’ at Augusta in the Autumn following the tournament’s suspension last month.

He did, however, admit that the magnitude of the crowd will be less than previous years but insists that sport is heading back to normality.

‘We want to get sports back. We miss sports, and we need sports,’ said Trump during a live phone call with NBC during their coverage of the Driving Relief charity Skins match in Florida.

‘You’re going to have a Masters pretty soon that’ll be a little unusual, that will be slightly less than the usual crowds that you have there. But it’s great to be playing.

‘And we want to have big crowds for the Masters. I know, right now, that’s not what they’re planning, but you never know what happens. Things can happen very quickly.

‘The first four events back on the PGA Tour are without fans, but after that it will hopefully be back and we really want to see it get back to normal.

‘So when you have those tens of thousands of people going to majors, and going to regular golf tournaments, we want them to have that safe experience. 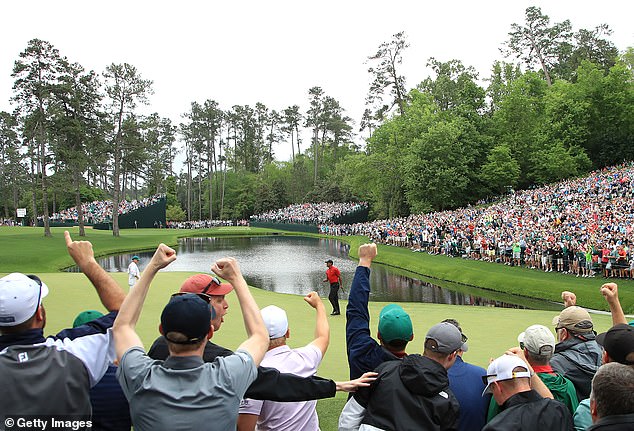 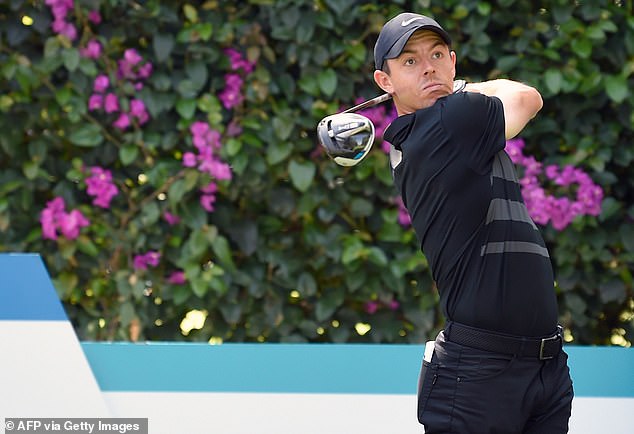 Trump did not speak about Rory McIlroy, who launched an extraordinary attack on him

‘We don’t want them having to wear masks, and to be doing what we’ve been doing for the last number of months. That’s not getting back to normal.

‘We want to get back to having the big crowds and they’re practically standing on top of each other, and they’re enjoying themselves. But in the meantime, they do the social distancing, and they’ve been doing really well.’

Trump refused to speak about Rory McIlroy, who launched an extraordinary attack on the President and vowed never to play another round of golf with him.

McIlroy said to the McKellar Golf Podcast: ‘The fact that he’s trying to politicise it and make it a campaign rally and say that we administer the most tests in the world, like it’s a contest – there’s some stuff that just is terrible.

‘It’s not the way a leader should act.’