US private equity closes in on Boots: High street chemist tipped to sell for as much as £10bn after bosses set midnight deadline for first bids


Boots has given suitors until the end of today to table offers for the high street chemist.

The company, set up in Nottingham in 1849 and now part of US giant Walgreens Boots Alliance, has set a deadline of midnight for first bids to be submitted.

The auction is likely to pit some of the world’s most powerful private equity firms against each other in a bidding war that could see Boots sold for as much as £10billion.

Bidding war: High Street chemist Boots, which set up in Nottingham in 1849 and now part of US giant Walgreens Boots Alliance, has set a deadline of midnight for first bids to be submitted

It follows a decision by Walgreens to offload the company.

The Daily Mail understands US private equity group Bain Capital – fresh from failing to buy British mutual insurer LV – is among those to have made an offer.

The billionaire Issa brothers who own Asda are also eyeing a bid alongside their private equity backers, TDR Capital. Others circling Boots include US investment firms Sycamore Partners, Advent and Apollo.

Boots was founded by Quaker John Boot, selling herbal remedies and now has 2,200 stores and 51,000 staff.

It merged with European pharma firm Alliance Unichem in 2006 to become Alliance Boots. It was then taken over in 2007 by private equity group KKR before merging in 2014 with American giant Walgreens to create US-listed Walgreens Boots Alliance.

Boots has struggled through the pandemic, losing £258million in the year to August 31 and cutting thousands of jobs.

Its sale would be the latest private equity takeover of a British business, many of which are considered to be going cheap.

It would also represent the dismantling of an empire created by its executive chairman Stefano Pessina, whose long-term partner Ornella Barra runs the international arm.

Boots chief executive Seb James has been in charge since 2018 and it is thought that if a private equity bidder emerges successful he may stay on.

The bid by Bain is thought to be a joint effort with another private equity giant – CVC Capital Partners.

CVC is betting on the expertise of former KKR partner Dominic Murphy who joined it in 2019.

He previously led KKR’s takeover of Alliance Boots for £11.1billion in 2007 and is on the Walgreens board. 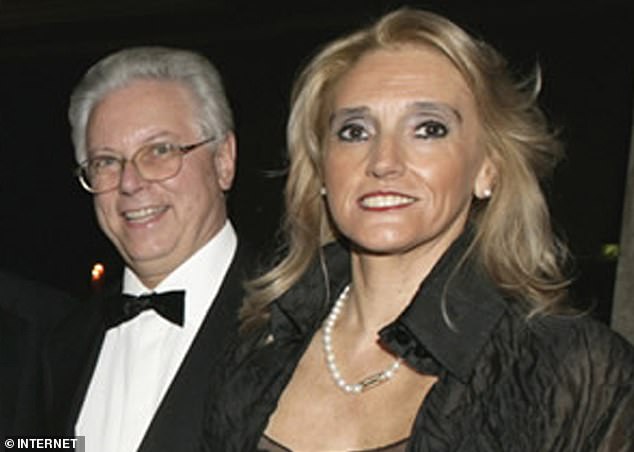 Bain’s move comes just two months after its failed attempt to buy the historic British mutual LV for £530million. It would have taken over the 179-year-old insurer and stripped it of its mutual status.

But the deal was rejected by LV’s 1.2million members after fierce opposition from critics and a Daily Mail campaign to save it from buyout barons.

CVC was part of a consortium that bought Debenhams in 2003 which picked up £1.2billion in dividends before returning it to the stock market less than three years later.

When it bought Debenhams, the retailer had £100million of debt but by the time it was relisted that had risen to £1billion. Debenhams later collapsed in 2020.

Bain and CVC are believed to be planning to invest heavily in Boots’ digital, beauty and healthcare offerings.

They would carve the UK business out of Walgreens Boots Alliance, where it accounts for about 10 per cent of sales.

The private equity firms believe it could be run more effectively outside the group.

The healthcare services played a key part in the rollout of Covid tests and vaccines as Boots administered around 4m tests.

Boots also announced this week it is launching lateral flow tests, costing up to £5.99 each online, or £2.50 in-store.

TDR is working on a plan to take over Boots and combine it with Asda’s stores, which already operate some UK pharmacies.

But US buyout firm CD&R is understood to have put its ambitions for Boots on hold, given competition regulators are probing its takeover of Morrisons.

Boots has also kept open the option of a float if takeover interest is muted, which would see it listed as a stand-alone firm on the London Stock Exchange.