This is the moment a group of kids pulled of an impressive 26-throw poolside trick shot – followed by an epic celebration.

One child threw a ball from the top floor of their home, to a kid who was leaping into the pool – who caught it and in turn tossed it to a child jumping into the water on the other side. 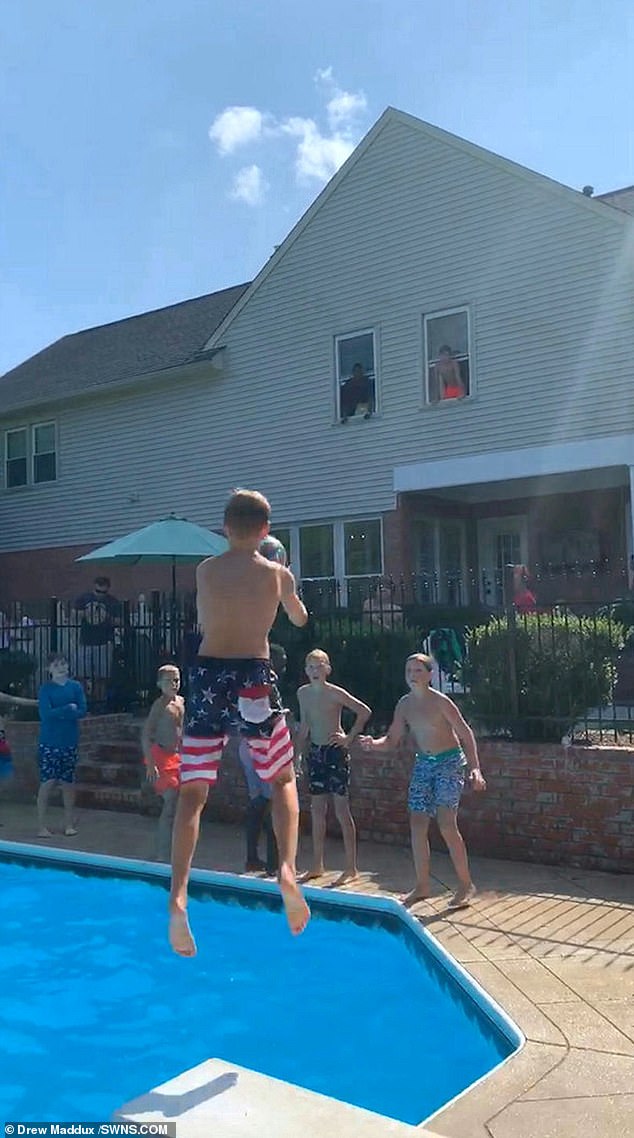 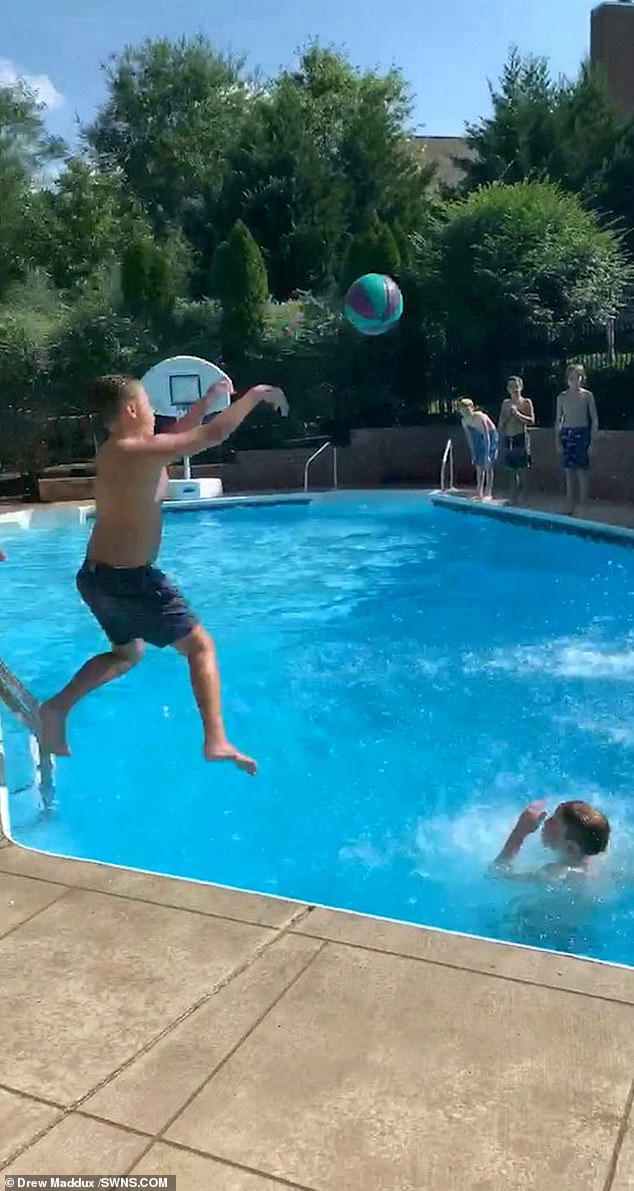 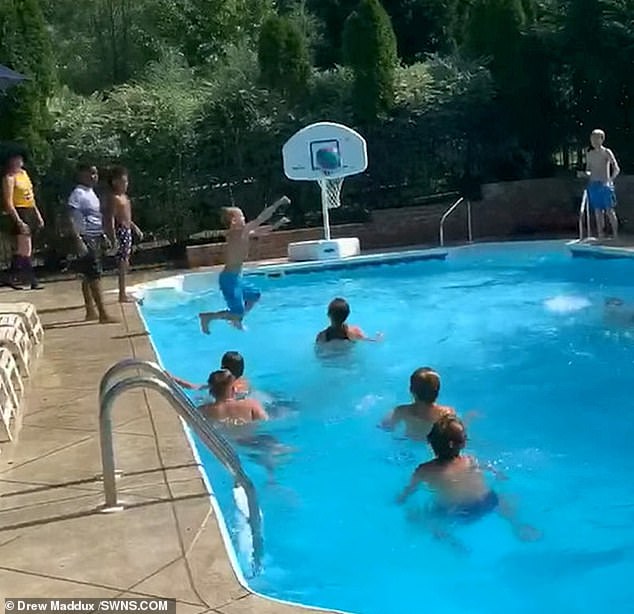 Mr Maddux, who is a basket ball coach, said the group needed to practices before nailing the trick shot on the third attempt

The ball didn’t touch the ground once while it was passed back and forth between dozens of leaping kids – until Mr Maddux took the final turn, to slam dunk it through a hoop.

But the best bit of the clip shows the massive group of 11 and 12-year-old kids celebrate their win by shouting and cheering, delighted by their epic trick shot.

Mr Maddux, who is a Father-of-five and high school teacher, from Nashville, Tennesse, USA, said Patrick and his friends only practiced the routine twice – before nailing it on the third attempt.

He said: ‘I’ve never seen one done like this with a group of kids as big as this.

‘The reaction of the kids is fantastic. The joy you can see is why I do it. When you are a part of that it is amazing.

‘The were incredible We only practiced it a couple of times. 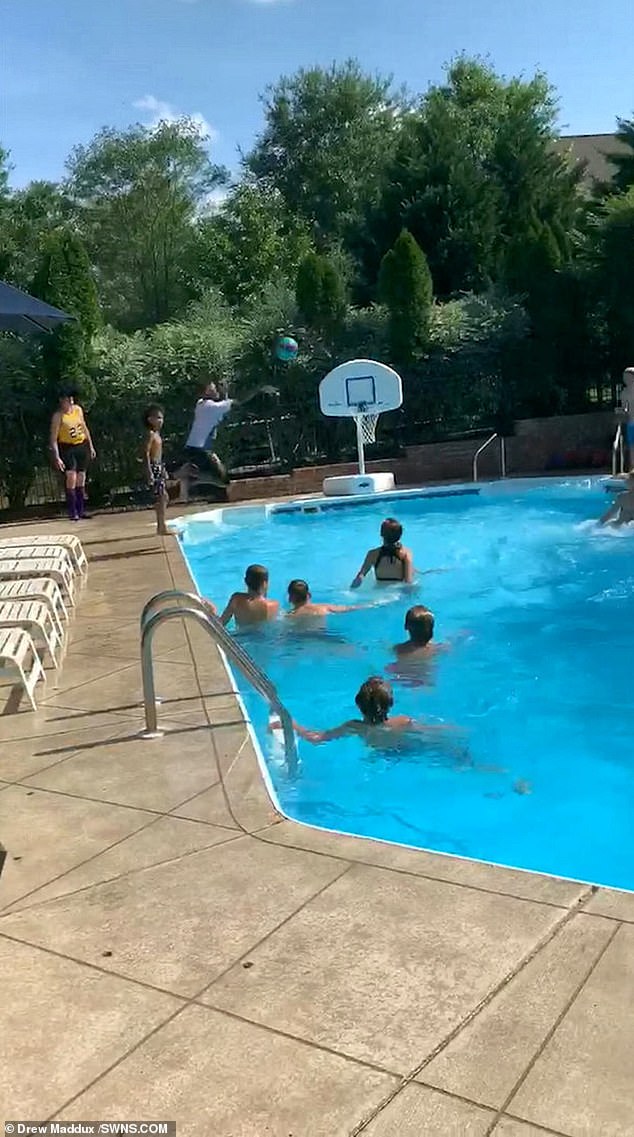 ‘When I finished it at the end I knew they’d all go crazy. It’s just kids having fun in a backyard but it’s such a cool learning environment too.

‘I try to create a space where I can bond with the kids on their level. It’s a way to connect with them using a universal language and they just embrace it.’

Mr Maddux teaches basketball at Patrick and his friend’s high school, Christ Presbyterian Academy, and has been choreographing routines since 2016.

Patrick and his brother, Nicholas, 11, were adopted from Uganda by Drew and Tara in 2010 and have always been interested in trick shots. 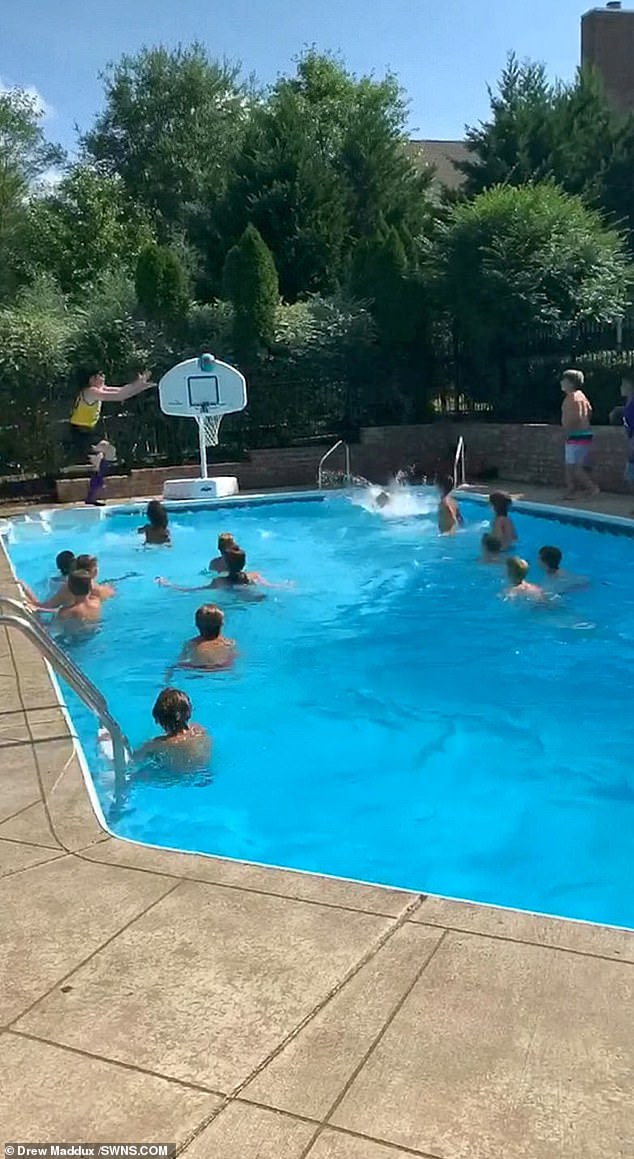 The pair used to spend hours watching clips online, so Mr Maddux decided to come up with some of his own so they could try their hand at skill moves.

‘The boys were always watching these shots on YouTube and the boys asked me if we could do some together’, said Drew.

He said: ‘All kids must play sport and I thought this one was a pretty cool idea to involve so many kids.

‘It wasn’t easy and I didn’t expect them to take so well to it. They did a great, great job.

‘Life is about partnerships and in some ways is a big team sport.

‘Life should be filled with smiles and joy and I try to create a culture of enjoyment in school.

‘It should be the same in all aspects of life, including in the classroom.’ 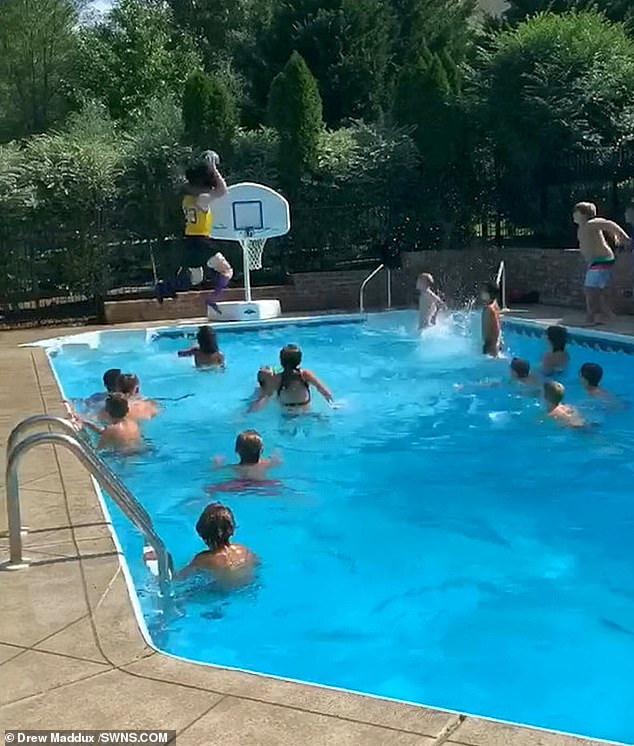 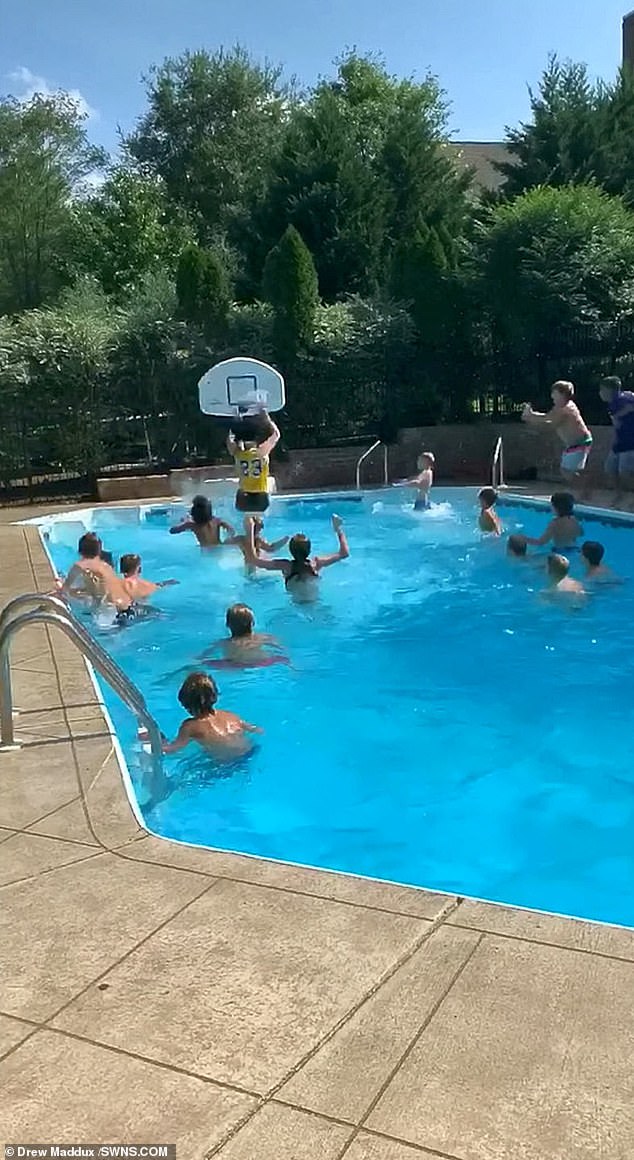 The complex routine ended with the ball was slam-dunked into the hoop, pictured