US to ask Cuba to cut embassy staff by 60 percent

The Trump administration is preparing to ask Cuba to withdraw 60 per cent of its diplomats from Washington, U.S. officials said Monday.

It wasn’t immediately clear late Monday how many Cuban diplomats will have to leave Washington.

The United States will formally ask Cuba to pull the diplomats, but won’t expel them forcefully unless Havana refuses, the officials said.

It comes in response to last week’s U.S. move to cut its own embassy staff in Havana by a similar amount. The U.S. previously had roughly 50 American workers at its embassy in Havana, so the 60 per cent reduction will bring the figure down to roughly 20.

The U.S. request marks yet another major setback for relations between the United States and Cuba, two countries that only recently renewed diplomatic relations after a half-century of hostility.

It comes as the U.S. seeks to protect its own diplomats from unexplained attacks that have harmed at least 21 Americans in Havana with ailments that affected their hearing, cognition, balance and vision.

The State Department is expected to announce the decision Tuesday, officials said, though they cautioned no decision was formalized until publicly announced.

The officials weren’t authorized to discuss the plan publicly and requested anonymity.

Secretary of State Rex Tillerson discussed the plan Monday with President Donald Trump, one of the officials said.

Cuba has denied involvement in the attacks. Though Havana is likely to view the move as unwarranted retaliation, U.S. officials said the goal wasn’t to punish the communist-run island, but to ensure both countries have a similar number of diplomats in each other’s capitals. 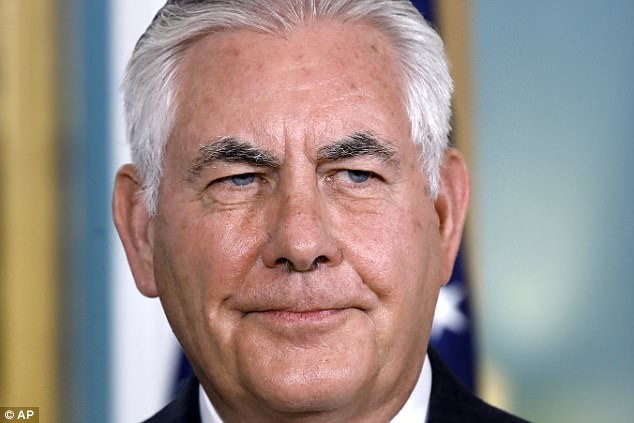 Secretary of State Rex Tillerson discussed the plan Monday with President Donald Trump, one of the officials said

Tensions between the two neighbors have been escalating amid serious U.S. concern about the unexplained attacks on Americans in Havana.

The United States will formally ask Cuba to pull the diplomats, but won’t expel them forcefully unless Havana refuses, the officials said.

On Monday, The Associated Press reported that U.S. spies working out of the embassy under diplomatic cover were the first and most severely affected victims. 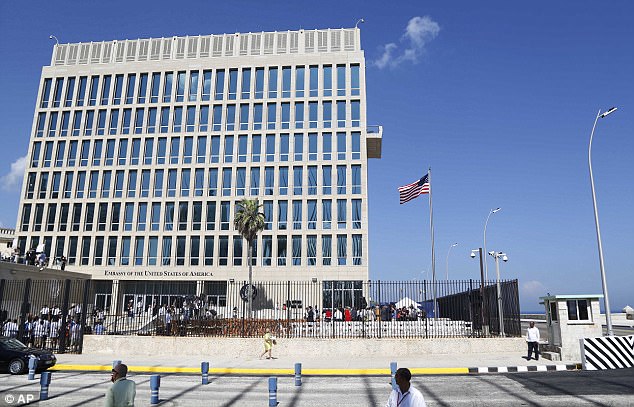 Investigations by Cuba, the United States and Canada have yet to come up with any answers as to exactly what caused the diplomats to fall ill.

Experts agree it is hard to see how any attacks could have been carried out or what the motivation could be.

Theories abound, from surveillance technology gone awry to a sophisticated acoustic weapon in the hands of Cuban-American exiles or third-party state actors such as Russia, Iran or North Korea, but most flounder.

Audiologists for example have raised doubt over the possibility of whether any sonic weapon exists that can be used covertly to bring about the range of symptoms mentioned by diplomats.