Philip Hammond tax raid on internet giants like Amazon, Google and Facebook could undermine hopes for a US trade trade deal with Brexit Britain, it was claimed today.

The Chancellor put Britain ahead of virtually all other countries by announcing a Digital Services Tax in his Budget despite previously insisting he wanted it to be an international shift. Only Spain and India have made similar moves.

Mr Hammond’s move will levy a 2 per cent tax on revenues of big social networks, online market places and search engines in a bid to protect consumers.

But amid concern the proposal will only capture American giants, US politicians have attacked the plans. 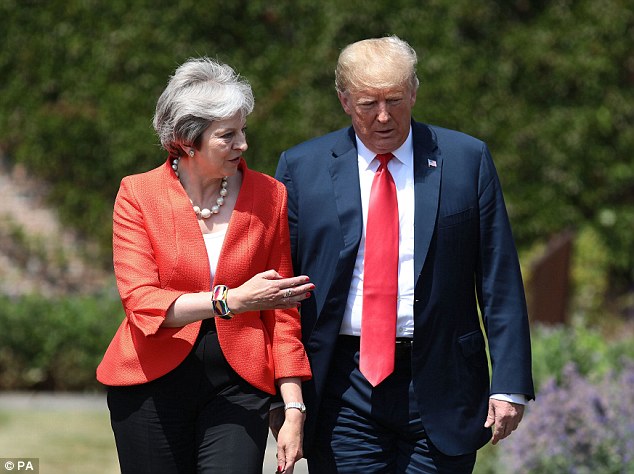 He said: ‘This proposal could disproportionately affect American companies and may ultimately wind up interfering with the UK’s trade commitments.’

And Congressman Kevin Brady, a Republican from Texas, called the measure ‘troubling’, the BBC reported.

He said: ‘If the United Kingdom or other countries proceed, that will prompt a review of our US tax and regulatory approach to determine what actions are appropriate to ensure a level playing field in global markets.’

The UK Digital Services Tax will make the UK the firm developed country to impose such a levy.

The announcement comes as dozens of countries are contemplating taxes on digital services sold by companies such as Google and Facebook.

Companies typically pay their taxes where they are based.

But while local governments can impose a sales tax on physical goods in shops and restaurants, that has not been the case with online service providers.

And in the European Union, foreign companies like Amazon, Google and Facebook pay what tax they owe in the country where they have their regional base – usually a low tax haven like Ireland.

So their business generates little to no tax revenue in countries, like the U.K., where they have significant operations.

While the Secretary has not intervened since the Budget, he said: ‘I highlight again our strong concern with countries’ consideration of a unilateral and unfair gross sales tax that targets our technology and internet companies.

‘A tax should be based on income, not sales, and should not single out a specific industry for taxation under a different standard.

‘We urge our partners to finish the OECD process with us rather than taking unilateral action in this area.’

In the Budget speech, Mr Hammond insisted his new tax would not be levied on online purchases and that tech start ups would be protected.

Mr Hammond said: ‘The UK has been leading attempts to deliver international corporate tax reform for the digital age.

‘A new global agreement is the best long-term solution. But progress is painfully slow. We cannot simply talk forever.

‘So we will now introduce a UK Digital Services Tax.’

He added: ‘The Digital Services Tax will only be paid by companies which are profitable and which generate at least £500m a year in global revenues in the business lines in scope.

‘We will consult on the detail to make sure we get it right, and to ensure that the UK continues to be the best place to start and scale-up a tech business.’ 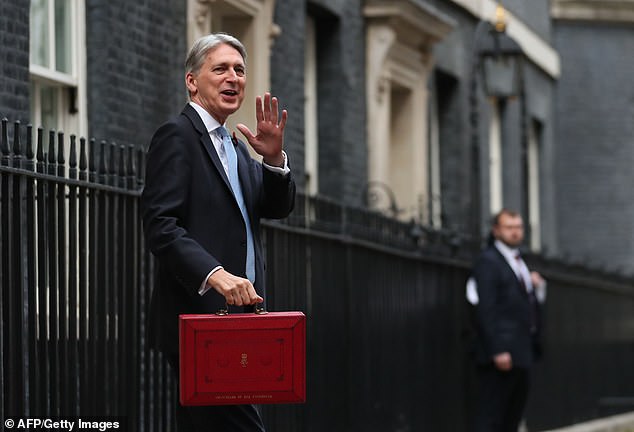