US will hit Biden’s goal of vaccinating 70% of Americans by July 4, Fauci says

US WILL hit President Biden’s goal of getting 70% of Americans vaccinated by July 4 – and it could make the risk of future surges ‘extremely low,’ Dr Fauci predicts

Future surges of COVID-19 in the United States can be prevented as long at 70 percent of American adults get vaccinated, according to Dr. Anthony Fauci.

‘If we get to the president’s goal, which I believe we will attain, of getting 70 percent of people getting at least one dose by July 4, there will be enough protection in the community that I really don’t foresee there being the risk of a surge,’ he said during a conversation with the Washington Post on Thursday.

‘One thing that is quite certain is that when you have a vaccine or a group of vaccines that are as highly effective in the real world as these vaccines are, and you get a substantial proportion of the population vaccinated, the chances of there being a surge are extremely low.’

Dr. Fauci speaks at a Washington Post virtual event, saying that future surges of COVID-19 will be prevented if at least 70 percent of adults get vaccinated by July 4. Currently, around 60 percent of adults have received at least one shot of the vaccine.

Dr. Fauci called the vaccines a ‘positive wild card’ when comparing the upcoming fall to fall of 2020, where a surge of cases set records across the nation.

He qualified his remarks, though, saying that the goal of 70 percent of adults being vaccinated by July 4 is only attainable if the current rate of vaccinations keep up between now and then.

As of Thursday, 60 percent of U.S. adults have received at least their first dose of a COVID-19 vaccine, per CDC data.

The declaration by Dr. Fauci comes as many states across the nation either have fully opened or plan to in the coming months.

State’s like Alabama, Florida and Georgia are currently “fully open” with little to no capacity restrictions at many venues.

State’s like New York, Colorado and others have set target dates for reopening in the near future. 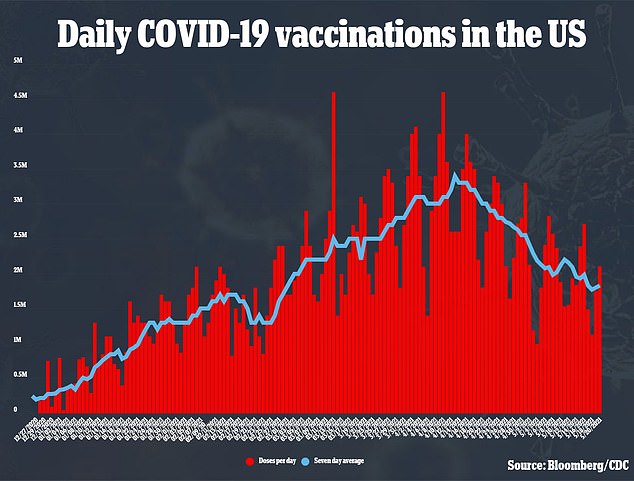 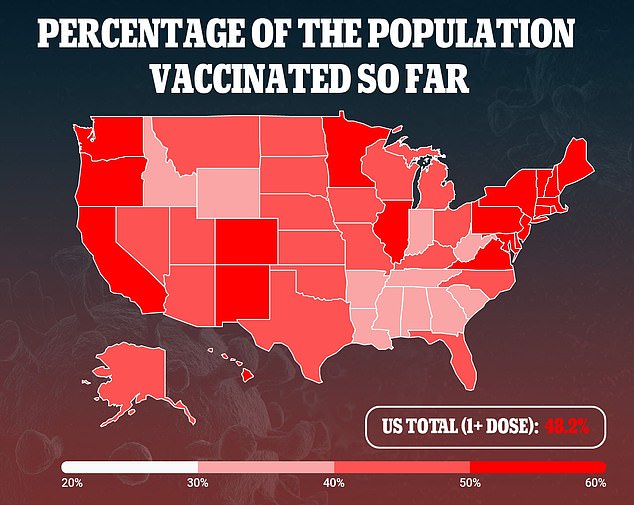 Last summer, many states chose to relax restrictions after entering strict lockdowns in the early months of the pandemic.

This led to a major surge in cases nationwide, and many states eventually reversed their decisions and reimposed restrictions.

Dr. Fauci also said that Americans should not be concerned with how long the vaccines are effective.

Earlier this week, Dr. Fauci, along with Pfizer CEO Albert Bourla both warned that Americans who received the mRNA vaccines may need a third dose as early as September.

Many Americans are also choosing not to receive their second dose after receiving the first, leaving them only partially vaccinated from the virus.

While America has made progress in its vaccine rollout, the vaccination rate has slowed in recent weeks.

After peaking in late April, the amount of Americans to become vaccinated every week has decreased over the past month.

Health officials and vaccine clinics across the country have reported a surplus in vaccine supply with little interest from their unvaccinated populations to receive them.

The slowing vaccine rollout has made herd immunity – which may only be reached if 80 percent of the population get vaccinated – seem like a longshot to some experts.